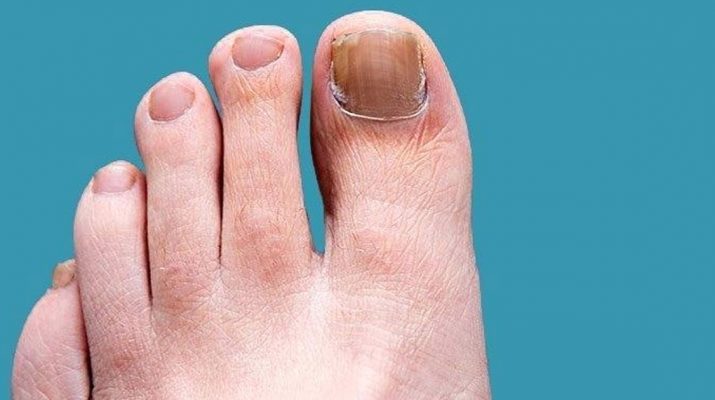 Dealing with toenail or foot fungus? They’re both common conditions. Here’s what you need to know to treat a fungal infection on your toes or feet, and prevent it from happening again.

Fungi love dark, damp places, so your feet are especially vulnerable to fungal infection, says Rebecca Sundling, doctor of podiatric medicine, a spokeswoman for the American Podiatric Medical Association, and a podiatrist at Northwood Foot and Ankle Center in Holland, Michigan.

Both toenail fungus and foot fungus are very common, and both can be caused by the same organism. However, they aren’t the same condition, and they are treated differently, she explains. Read on to learn how to identify toenail and foot fungus, and how to prevent and treat both.

Toenail fungus is a fungal infection in the toenail. It happens when a fungus — anything from mold to yeast to other types of fungus — gets in the nail bed from a cut or break in the nail or repetitive trauma to the nail, and penetrates the nail itself, says Dr. Sundling. The nail then continues to grow with the fungus.

Once a nail plate is infected with fungus, it will never not be infected, and you must wait to see how it grows out and whether the new nail growing behind it is healthy. The new nail rarely grows in healthy without treatment, says Sundling.

Toenail fungus is very common — 14 percent of people have it in North America, according to an article published in the journal PLoS Pathogens — and it’s more common the older you get, adds Sundling. Wearing shoes that are too small can damage the nail and make it more vulnerable to fungus, as can having fungal infection on the skin of the foot (known as foot fungus or athlete’s foot) and not treating it, which could expose the nail to fungus. You may be more at risk to toenail fungus if you have diabetes, or a weaker immune system.

Signs and Symptoms of Toenail Fungus

When you have a toenail fungus, the nail tends to be thickened, discolored — yellow, brown, or dark white — and crumbly (it’s a little bit more brittle and breaks easily), says Sundling. It’s not always painful, but it may get painful as the nail gets thick and is pushed down into the skin, she adds.

Your Options for Treating Toenail Fungus

If you think you may have toenail fungus, you should see a podiatrist or dermatologist, who will send a specimen or a piece of your nail to a lab. Different types of fungus are treated slightly differently, so it’s important to know which type you have, says Sundling.

Also, sometimes the root of the problem is not a fungus at all, but rather another condition, or some kind of trauma to the nail bed — for instance, if you dropped something on your toe. There is no treatment for toenail trauma, but removing the nail may be an option if the nail is painful.

If you do have a toenail fungus, your doctor will likely recommend one or more of the following treatment options:

A foot fungus is a fungal infection of the skin, better known as athlete’s foot, says Sundling. The fungus enters through cracks in the skin. It’s known as athlete’s foot because athletes or anyone who is more active and sweats a lot is more at risk. Kids are also more at risk, because they don’t tend to wear different shoes, and changing your shoes is one way to avoid foot fungus.

Foot fungus is very common. It does not mean that someone is dirty or didn’t bathe, and if you have a compromised immune system, you may be more susceptible, says Sundling.

Signs and Symptoms of Foot Fungus

Itchy skin is an early sign of foot fungus, or scaly, peeling skin, or tiny blisters on the skin that will pop at times, says Sundling. The skin tends to break out in the shape of a moccasin, or the area of the foot that a moccasin would cover. You don’t see foot fungus on the top of the foot very often. It’s common to get a fungal infection between the toes as well, she adds.

How to Prevent Both Foot and Toenail Fungus

While toenail fungus and foot fungus aren’t the same conditions, the following tips can help you prevent both, says Sundling:

Your Options for Treating Foot Fungus

To treat foot fungus, you have the following over-the-counter and prescription options:

Popular  How to Get Rid of Strawberry Legs

Toenail vs. Foot Fungus: A Summary

While foot fungus is fairly easy to treat, toenail fungus is incredibly difficult to eliminate, and in some cases it never goes away, says Sundling, noting that even the best oral medication is only up to 70 percent effective.

However, if you’re patient and undergo the right course of treatment, you can have positive results. Moreover, keeping your feet dry and alternating your shoes will help you avoid getting a toenail or foot fungus to begin with. 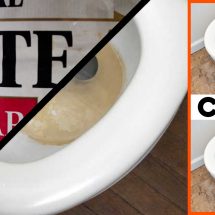 He Pours Vinegar in the Toilet Tank and the Result Is Genius! 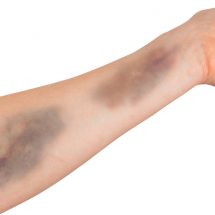 Lack of Vitamin C May Cause Serious Health Issues. Here are 9 Early Warnings Your Body Is Low in Vitamin C