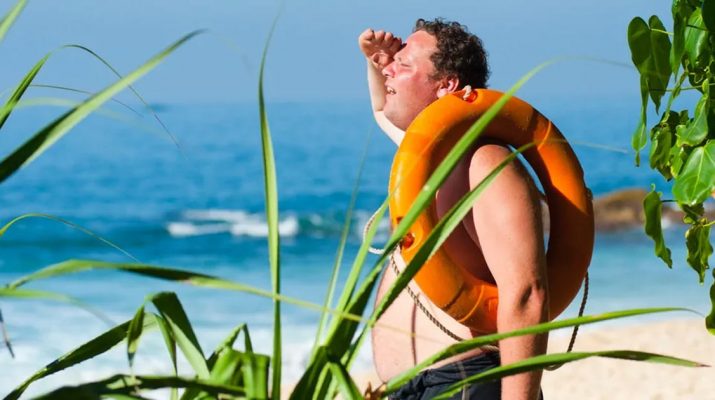 If you have irritated, red skin, you can take comfort in knowing that you are not alone. According to the American Academy of Dermatology, over 85 million people in America are struggling with skin conditions that cause these same symptoms.

These skin problems are often the result of an allergic reaction or certain autoimmune disorders, such as subacute cutaneous lupus erythematosus (SCLE), psoriasis, dermatomyositis, and bullous pemphigoid, for example. However, irritated, red skin can also be a byproduct of overexertion, sunburns, and many other things as well.

In this article, we will take a closer look at what causes skin irritation and also treatments that can provide some much-needed relief.

In many cases, skin irritation is caused by the immune system as it works to protect the body against allergens, microorganisms, and other foreign substances by producing immunoglobulin, antibodies that signal cells in the body to release histamines. In short, histamines are organic nitrogenous compounds that fight off allergens and other substances that would otherwise compromise our health.

However, there is a downside in that histamines can also trigger an array of allergy symptoms, such as a runny nose, watery eyes, and itchy skin. Beyond that, histamines can cause blood vessels to widen, which allows more blood to reach the skin’s surface, causing it to become noticeably red. Additional skin inflammation symptoms can include

Please note that skin inflammation symptoms can vary depending on the allergens or other environmental factors that triggered the condition. The same also applies to the severity of those symptoms as well.

While irritated, red skin is often the result of an allergic reaction or environmental factors, it can also be brought on by autoimmune disorders. Some of the most common include

As a form of lupus, subacute cutaneous lupus erythematosus (SCLE) is a skin condition characterized by scaly patches of skin that tend to take on a reddish color. The skin condition, which is similar to psoriasis, can be made worse by excessive sun exposure.

Psoriasis is an autoimmune disorder that can cause redness and irritation on nearly any skin surface. It is also worth noting that there are 5 different types of psoriasis, and they all impact the skin differently. The most common variation of this particular autoimmune disorder that affects the skin is plaque psoriasis, which not only causes redness but also flaky, silver-colored patches of dead skin.

Additional forms of psoriasis include guttate, inverse, plaque, erythrodermic, and pustular, all of which can cause skin irritation. Psoriasis is often triggered by sun exposure, medication, excessive alcohol consumption, infections, and stress. According to several studies, psoriasis is believed to be inherited from family members who have the same or a different autoimmune disorder.

Those who have a compromised immune system due to HIV or chemotherapy treatments, for example, are also susceptible as well.

Often considered one of the most chronic autoimmune disorders, bullous pemphigoid is a skin condition characterized by red blisters and mild to moderate irritation. This skin condition can affect various parts of the body, including the arms, legs, and torso. If left untreated, the blisters caused by this skin condition can break open and, which can result in the formation of ulcers. The disease can also advance to the oral cavity, causing the gums to become inflamed and even bleed.

Also, note that this list is not an encapsulation of all skin-related autoimmune conditions. Moreover, they are some of the ones most likely to cause red, irritated skin.

Along with autoimmune disorders, there are a few environmental factors that can contribute to skin redness as well as skin irritation. Some of those encompass the following:

When it comes to sun exposure, sunburn leads the way in terms of environmental factors that can contribute to irritated skin.

Generally speaking, sunburns are a byproduct of excessive exposure to the sun’s ultraviolet rays. They can also be the result of exposure to sunlamps as is the case with indoor tanning. Repeated exposure to sunlight or artificial ultraviolet light not only damages the skin but also increases your chances of developing certain diseases, namely skin cancer.

That aside, the onset of sunburn symptoms can occur within hours after being exposed to too much natural sunlight or artificial ultraviolet lights. Some of the more common sunburn symptoms include

What Parts Of The Body Can Be Affected By Sunburn?

When it comes to sunburns, no part of the body is impervious to skin irritation. The lips, scalp, earlobes, and many other parts of the body are all susceptible. However, there is some good news worth noting; sunburn symptoms will start to dissipate after a few days, and the skin will start to heal itself naturally. The most obvious sign of healing is when the skin starts to peel, which helps remove dead, damaged skin. After the dead layers of skin have peeled away, the remaining skin may appear noticeably pink or red. All in all, it can take several days or weeks to recover from a sunburn.

Popular  How 1 Teaspoon Of Chia Seeds Can Help Improve Your Gut, Brain, and Heart

If you’re a fan of the great outdoors, it is important to note that exposure to plants, namely poison ivy, poison oak, and poison sumac, can irritate the skin. That said, all variations of poison ivy contain urushiol, an irritant that can trigger numerous allergic reactions. The most common allergic reaction, however, is contact dermatitis, a condition that makes the skin red or inflamed. Exposure to urushiol can also cause the following symptoms:

The onset of poison ivy rash and other allergic reactions that stem from exposure to urushiol can start in as little as 12 hours and can vary in intensity depending on the extent of the contact that an individual has had with the plant or the irritant. It should also be noted that you don’t have to come directly in contact with poison ivy, poison oak, or poison sumac to develop an allergic reaction as urushiol residue can be transferred to clothes, pets, shoes, and many other objects, meaning indirect contact is possible.

Additional Factors That Can Contribute To Inflamed Or Red Skin

Along with autoimmune disorders and environmental factors, inflamed or red skin can also be caused by the following:

Nerve disorders – While they may not cause skin redness per se, health problems like shingles, multiple sclerosis, and diabetes cause the skin to feel itchy.

Mental illnesses – Along with the many other symptoms commonly associated with anxiety and depression, these also known to trigger itchy skin.

Household irritants – While we probably don’t give them a second thought, many of the items in our homes can cause red or irritated skin. These irritants include soaps, cleansers, and even certain foods. Similarly, microorganisms and parasites also trigger these reactions.

Pregnancy – Most will agree that bringing a child into the world is one of the most exciting moments in a woman’s life; however, during pregnancy, many women will encounter a myriad of unpleasant symptoms, including itchy skin.

Bottom Line On Coping With Irritated And Red Skin

There are a lot of things that can contribute to irritated, red skin. However, there are many treatments that can provide those who are struggling with these skin conditions some much-needed relief. These therapies include over-the-counter and prescription antihistamine medications.

For those struggling with autoimmune disorders, specific medications can soothe irritated skin caused by the disorder. Lastly, it would be a good idea to avoid allergens that can trigger skin inflammation and to also wear sunscreen when engaging in outdoor activities. 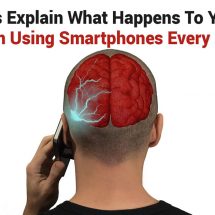 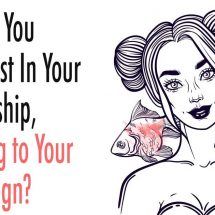 What Do You Need Most In Your Relationship, According to Your Zodiac Sign?