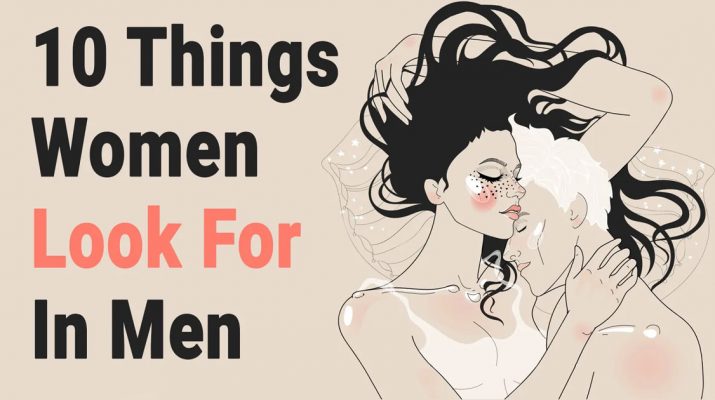 Finding the right person is as difficult as finding a needle in a haystack! Then again, it’s a small world and sometimes it just feels like there’s too much competition, too many choices, and not much we can do, not much we can customize.

So, today’s burning question is, “What do women want from a man?” While it’s a difficult question to answer (as every woman’s tastes are different), knowing the answer holds the key to your happily ever after. There are generally positive characteristics in a man that women value so much. Check out some of those characteristics below:

Here Are 10 Things Women Look For In Men

1. He Should Be Assertive.

For a woman, assertiveness in a man can be quite attractive. He’s sexy when he knows what he wants, he doesn’t buckle when challenges arise, and he doesn’t hesitate to put someone who’s offensive in his place. This attitude might come with a bit of an ego, but confidence can also be exuded in a good way. Though it caters to gender stereotypes, a study revealed that women like it when a man has dominant leadership qualities. In relationships, a man can be assertive if he openly tells a woman what he likes in the bedroom or what actions a woman does that really turn him or pleases him.

Women fall in love with a guy who is emotionally and financially stable and reliable. It’s not shallow for a woman to want a man with a well-paying job and a secure mindset, especially if he’s going to be the man who will raise kids with her. A stable guy shows responsibility. To a woman, this means that he’s not afraid of commitment and a long-term relationship that will have its ups and down. If this is in the cards, then everything else can fall into its proper place.

3. He Should Treat Women As Equals.

The mentality that women are inferior to men persists today, even though women have been fighting for equal rights for decades. If a man value’s a woman’s thoughts, opinions, and feelings, then women know he’s a keeper. Despite a man’s penchant for taking charge in a relationship, women love it if he regards his partner as an equal who decides things in the relationship together with him.

4. He Should Be A Good Conversationalist.

The ability to sustain stimulating conversations make men attractive to women. It’s a plus if he’s got a healthy sense of humor to boot. These characteristics show a man’s intelligence, rationality, and the ability to listen. This gives women a positive sense of how he’s able to manage the challenges and difficulties of a relationship. A sexy mind appeals to a woman more than a fat bank account or a handsome face.

Popular  8 Signs That Prove a Person Is Jealous of You

Passion isn’t about how a man physically pleases a woman. Rather, it’s about motivation or what drives a man to pursue what he wants. If a man has passion, it means he has ambitions and goals in life. It’s a really positive draw for a woman if his passion isn’t something common to most people. For example, a woman should be so lucky to find a man with a passion to build houses with Habitats for Humanity or a similar life goal to serve the less fortunate.

6. He Should Have Compassion.

Being kind and compassionate are two of the most attractive qualities a person can have. A guy who looks tough on the outside but has a soft spot for animals or the elderly is going to win a lot of points with women. Compassion breeds empathy, respect, positive thoughts, and selflessness, and there’s a rare breed of men that have these traits. Too often, men are stereotyped as selfish and narcissistic beings. Did you know that a Narcissistic Personality Disorder (NPD) is more commonly diagnosed in 50 to 70 percent of men?

7. He Should Be Self-Aware.

By nature, many women like to “fix” their man, and they won’t have such a hard time influencing a man who is self-aware. If he knows his best and worst qualities, it means he’s open to change and improvement. This openness is a very important positive aspect of a relationship because there will be less friction, resistance, and arguments.

8. He Should Have Chemistry With Her.

9. He Must Look Presentable.

While good looks are subjective, any woman would want a man who’s presentable and who makes grooming and hygiene a priority. He might not necessarily wear the most expensive clothes, but he knows how to carry himself well physically. While this might be a superficial desire, a man’s physical presence can impress a woman, especially at the beginning of the dating phase. If he has a good physique, then it’s a plus. It means that the man is conscious of his health and appearance. After all, women also make an effort to look great to attract a man.

What woman doesn’t want a man who’s faithful and loyal, especially when the statistics of infidelity continue to rise? People who have been cheated on say that this is one of the most traumatic experiences to go through. No woman wants to be in this predicament, hence faithfulness in a man is a valuable trait.

Unlocking the mysteries of a woman can be challenging for any man. If you’re still in the dating phase, carefully go over these tips to help your chances with a girl. Slowly, you will learn to unlock the secrets of attracting women. 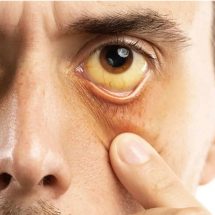 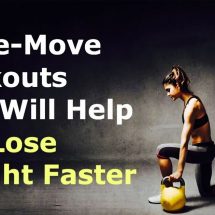 5 One-Move Workouts That Will Help You Lose Weight Faster 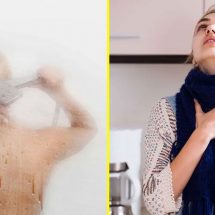 Doctors Reveal 10 At Home Remedies for the Flu