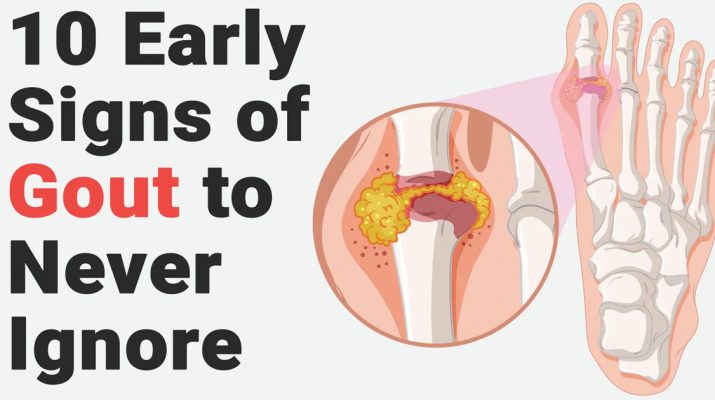 Gout is the most common variety of inflammatory arthritis, caused by the buildup of sodium urate crystals in the joints. Gout is a unique arthritis disorder in that a singular joint is often affected, which is in the hallux (big toe). The condition may also affect areas of the knee, ankle, and smaller toes.

Gout is caused by a condition known as hyperuricemia or an accumulation of uric acid. At a certain level, this acid crystallizes within the joints (and tissues and fluids) within the body.

Symptoms of gout include:

Similar to other forms of arthritis, gout flare-ups often occur in people who had been symptom-free for weeks, months, or even years. Many risk factors increase the likelihood of developing hyperuricemia and gout, including:

1. Pain And Swelling Of The Big Toe

Medical researchers estimate that over half of the total number of gout cases involve acute pain and swelling of the metatarsal-phalangeal joint, which is located at the base of the big toe.

Intermittent gout is typified by “attacks” of pain that usually lasts between three to 14 days. The acute pain accompanying intermittent pain is intense and surfaces without progression (e.g., chest pains.)

As with many other medical conditions by which inflammation is the culprit, gout sufferers may become fatigued. Doctors have coined the term “RA fatigue” in describing the flu-like systemic tiredness.

High uric levels can also lead to the formation of crystals in the kidneys. If you are disposed to kidney stones, it may be wise to seek the counsel of your healthcare provider.

Stressing about stress is never a good thing. A stressed-out lifestyle is a catalyst, instigator, and enabler of every adverse health condition in existence. It is no surprise, then, that too much of it irritates gout and other inflammatory conditions.

Hypertension can cause serious health issues, such as heart disease, stroke, and others. High blood pressure is linked to chronically-high uric levels.

Popular  Cinnamon and Its Health Benefits

Some people with gout are prone to tissue swelling, or edema. If you’ve had bouts of inflammation troubles, and don’t yet know the cause, it may be advisable to speak with a specialist.

According to a study published in the journal Arthritis Research and Therapy, anemia is associated with increased risk of this condition. Per researchers, patients with anemia have a 200 percent higher risk than the average population.

While technically not a direct sign of gout, far fewer trips to the toilet is a common symptom in those with kidney troubles. Any time a kidney problem surfaces, you should pay attention to other potential conditions as well.

As stated, most first experience this condition as sudden and intense pain. Gout attacks are not typically preceded by any other noticeable physical or mental symptom.

Prevention is the best medicine. Additionally, there are many low-cost ways to drastically reduce your risk of gout and other disorders. Here they are:

Avoid purines: Purines are the constructed, pre-oxidation chemical equivalents of uric acid. They are often found in foods such as seafood, bacon, turkey, veal, and venison.

Lose weight: There is a definite correlation between gout and obesity. Losing as few as ten pounds can significantly decrease your risk of obesity-related diseases and disorders, including gout.

Lay off alcohol: Nothing groundbreaking here. If you’re going to drink, do so in moderation.

Exercise: People who ignore the known benefits of exercise do so at their own risk. Again, there is no substitute for exercise when it comes to the promotion and maintenance of mental and physical health.

If you are dealing with a gout attack, remember the acronym RICE:

Rest: Avoid putting weight on the affected area for a minimum of 24 hours.

Ice: Ice reduces pain and swelling as good as anything else that’s free. Use an ice pack or something cold that will mold to your body (e.g., a bag of frozen vegetables.)

Elevate: Resting your foot on some pillows places the affected area above heart level, which helps to relieve pain. 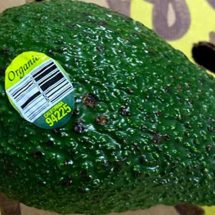 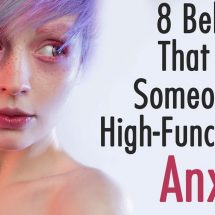 8 Behaviors That Reveal Someone Has High-Functioning Anxiety 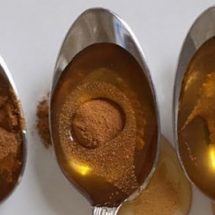 Cinnamon and Honey: Most Powerful Remedy That Not Even Doctors Can Explain