When we think about poor liver health, cirrhosis due to alcoholism is typically what comes to mind. Most people don’t realize, however, that liver function can be suboptimal even in the absence of substance abuse.

The liver is our body’s detox organ, which means it has the sole responsibility of eliminating harmful toxins and hormone metabolites. Unfortunately, most Americans have a toxic load that is essentially impossible to clear without taking specific measures.

Sluggish livers are all-too-common today, with airborne chemicals, an unhealthy diet, contaminated water, and many additional factors to blame. Reducing your toxin exposure and supporting liver detoxification with targeted approaches is imperative to avoiding disease.

Signs Your Liver Is Not Functioning Optimally

The liver is responsible for producing bile and bile salts that play a crucial role in digestion. Bile helps the body break down fats as well as absorb fat soluble vitamins such as A, D, E, and K. Difficulty digesting fats may occur as a result, which leads to increased acid secretion in the stomach. This can eventually cause regurgitation of food, commonly referred to as heartburn.

One of the liver’s primary functions is breaking down and eliminating excess hormones from the body. Impaired liver detoxification can cause these hormones to recirculate and evolve into more toxic forms.This may result in a number of diseases such as breast cancer. Symptoms of a hormone imbalance include, but are not limited to: high blood pressure, bloating, weight gain, fatigue, insomnia, low libido, immunosuppression, cravings, and mood issues.

Even if someone is eating a healthy diet and getting exercise, losing weight is akin to climbing Mount Everest with a sluggish liver. This is due to blood sugar dysregulation and hormone imbalance, both of which increase inflammation throughout the body.

Rather than reaching for the Accutane bottle, it may be time to look inwards in regards to skin problems. When toxins build up internally and cannot be properly detoxified, they can manifest in rashes, rosacea, eczema, acne, psoriasis, and dermatitis.

Unexplained fatigue is a vague symptom that could be caused by many different conditions; however, oftentimes it’s due to liver dysregulation. Feeling constantly tired despite getting enough sleep may be a sign of poor liver health.

Digestion begins in the mouth, so bad breath and a white-speckled tongue often point to deeper issues such as a sluggish liver. These symptoms indicate food is not being digested well, which can cause an overgrowth of pathogenic gut bacteria.

Headaches or irritability after smelling certain perfumes or cleaning products as well as not tolerating alcohol are telltale signs of a sluggish liver.

Strong cravings for sugar and/or refined carbohydrates point towards blood sugar and hormone imbalances. Liver dysfunction is often a root cause.

The gallbladder and liver have a very close relationship. As discussed previously, the liver produces bile and bile salts that break down dietary fats. That bile is then stored in the gallbladder, where it stays until the next meal. Issues arise when not enough bile is being produced due to poor liver health. Gallbladder dysfunction can lead to ailments such as nausea, indigestion, bloating, abdominal pain, and/or intolerance to fatty foods.

Both the liver and gallbladder are located in the upper right quadrant of the abdomen. Liver congestion leads to increased inflammation, which can cause pain.

How To Improve Liver Function

Americans are exposed to nearly 80,000 airborne toxins on a daily basis. Our livers are not equipped to deal with such a large amount of pollutants! These chemicals can be found in beauty products, smoke, gasoline, paint, household cleaners, and many additional places.

Toxins are also hiding in foods and beverages, such as:

Remember that the skin is our body’s largest organ, and it absorbs everything that comes into contact with it. Don’t use any products that contain questionable ingredients you wouldn’t feel comfortable eating.

Also beware of EMF radiation from technology. Cell phones, routers, modems, computers, and clocks all emit this harmful, yet invisible, energy. Always sleep with your phone on airplane mode and at least eight feet away from the bed.

This herb is rich in B vitamins that serve as a catalyst for methylation. Methylation is a crucial process allowing the body to detoxify, so ensuring it operates smoothly is crucial for optimal liver function.

Extremely well-researched, milk thistle has proven successful in treating liver conditions such as hepatitis and alcoholic liver disease. Not only does it eliminate accumulated toxins, but also helps restore liver cells that have been damaged by them. Milk thistle is available in both tea and capsule form.

This superfood has a laundry list of health benefits, from lowering blood pressure to increase the populations of beneficial gut microbes. Garlic also benefits the liver by activating enzymes responsible for breaking down toxins so they can be successfully eliminated.

Broccoli and broccoli sprouts, mushrooms, Brussels sprouts, and cauliflower are known as sulfuric vegetables. This means they contain a powerful antioxidant called glutathione, which activates phases one and two of liver detoxification. For women struggling with hormonal imbalances, these vegetables also help remove excess estrogen from the body! It’s a win-win situation.

Much like garlic, beets also increase enzymatic activity and increase the efficiency of toxin elimination.

Available in both tincture and capsule form, red clover is an incredibly potent herb. It can help remove toxins from not only the liver but the spleen and lymphatic system as well.

This healing root is a natural diuretic, so it helps flush out toxins and heavy metals by increasing fluid elimination. It also gives the lymphatic system a boost. (2.)

Castor oil is incredibly beneficial, yet often overlooked, healing modality for a variety of ailments. It stimulates the lymphatic and circulatory systems, which help clear the body of unwanted toxins. The oil helps shuttle oxygenated, nutrient-rich blood to the liver, which facilitates the detox process.

Assembling a castor oil pack is quite simple. You’ll need:

On the quest for optimal health, many people neglect one of the most important body parts: the liver. This tiny organ, located in the upper right abdomen just beneath the ribcage, carries the heavy burden of removing excess hormones and toxins from the body.

In the world we live in today, toxin exposure is impossible to avoid. In fact, the average American encounters approximately 77,000 chemicals on a daily basis by just stepping outside! Coupled with stress, a Standard American eating style, stress, and several additional factors, our livers struggle greatly to perform their necessary duties.

Taking measures such as reducing toxic load, eating certain herbs and vegetables that aid in liver detoxification, and using castor oil packs can help our bodies cleanse themselves of harmful substances and achieve optimal health. 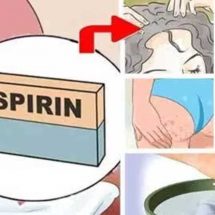 Surprising Uses of Aspirin You Didn’t Know About 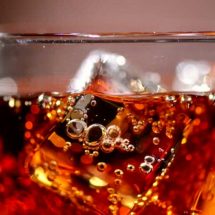 Do the Bubbles in Soft Drinks Make Us Fat? 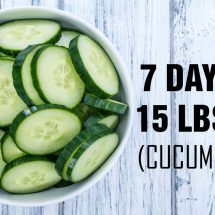 Drop 15lbs in One Week with the Cucumber Diet