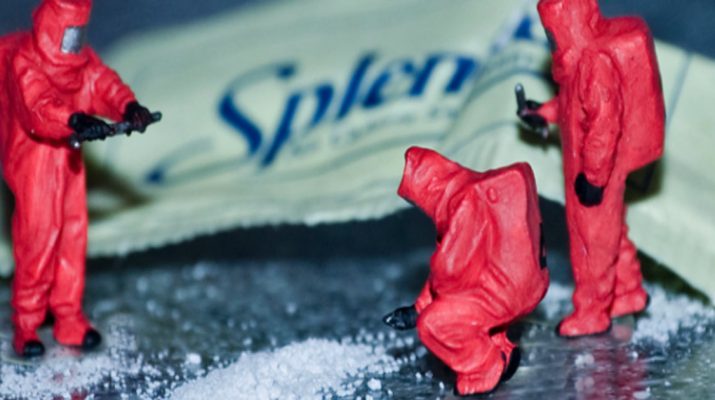 In fact, one Portuguese study showed that artificial sweeteners such as aspartame are highly dangerous for our health and negatively affect the body’s response to glucose, which can have fatal consequences.

The study was performed on 27 volunteers that were given Splenda, acesulfame K or a placebo pill. The artificial sweetener group took two weeks to show adverse side-effects to the sweeteners – they experienced a reduction in the numbers of the GLP-1 peptide, which has the role of controlling the amount of glucose released in the bloodstream after a meal.

Richard Young, a professor from Adelaide University, says that this is concerning, and could be one of the main reasons for the diabetes epidemic.

Of course, there were those who criticized the study’s claims, citing small-scale observations which are incomplete. But, the study isn’t the first one to find such a link. The link between aspartame and diabetes was previously confirmed in other studies as well, and where there’s smoke, there’s fire.

One study linked artificial sweeteners with obesity as well, which confirms some scientists claims that obese people are more prone to high blood sugar levels.

Sucralose is a harmful artificial sweetener that can promote fat accumulation in the tissues as harm the metabolic function. In one study, scientists tested sucralose on stem cells from human fat, and it resulted in an increase in the genes linked to inflammation and fat production. Dr. Sabyasachi Sen, one of the leading authors of the study, says that the process can be more detrimental in obese people, and is definitely something for the medical community to be concerned with.

According to one study, artificial sweeteners affect glucose production by altering the gut microbiota. The Israeli study fed mice with artificial sweeteners for 11 weeks, when they showed the first signs of glucose intolerance. After further examination, the scientists concluded that it occurred due to the altered gut bacteria in the mice.

Popular  Why We Tend to Gain More Weight Than Our Ancestors

More specifically, transplanting feces from saccharin-fed mice to mice with a sterile stomach caused them to develop glucose intolerance, which shows the effect of artificial sweeteners on our gut health.

When the team tested the theory on humans, the results were the same. Splenda was found to reduce the beneficial bacteria in mice guts by 50%. The microbial composition of diabetics differs from one of healthy people, so depending on that, the artificial sweeteners can also raise your risk of diabetes.

Dr. Max Nieuwdorp has recently published his work on the try to reverse type 2 diabetes – fecal transplantations worked great for all 250 participants in one study, which shows that by changing the composition of gut bacteria, we can fight diabetes.

Diet drinks may be even worse than soda

One of the biggest problems with artificial sweeteners is that the taste they provide doesn’t match up with the calories. A recent study done at Yale University showed that the mismatch when consuming artificially sweetened products can disrupt your metabolism.

According to professor Dana Small, our bodies react to the high-calorie content and the sweet taste. We evolved to use natural energy sources, but now our body is getting energy from sources it previously hasn’t seen.

When the calorie content matches the sweetness of the drink, the brain is satisfied. However, in the case of a mismatch, the brain isn’t satisfied, which can lead to cravings and a higher risk of obesity and diabetes. When we eat something sweet, the brain releases dopamine, a chemical that makes us satisfied.

It also releases leptin, a hormone that regulates our cravings and informs the brain when we’re full. However, artificial sweeteners disrupt this connection and trick your body into thinking it will receive calories when it actually isn’t. This leads to cravings and the inevitable weight gain.

A Yale cardiologist speaks out on artificial sweeteners

Dr. Harlan Krumholz is a renowned cardiologist who used to be addicted to soda drinks. However, after seeing all the damage they done to his body, he’s now speaking out against them. Dr. Krumholz cites many studies that have found out how artificial sweeteners affect the brain and lead towards cravings and obesity.

One of the studies that come from Yale discovered that artificial sweeteners are not inert – they are actually affecting our metabolic function and energy balance, which affects the microbiota, cognitive process and metabolic hormone secretion.

Dr. Krumholz recently wrote an article in the Wall Street Journal about the dangers of soda drinks. He’s considering them highly dangerous, and advises everyone to stay away from them.

Are you ready to ditch them?

Due to their addictive nature, artificial sweeteners and diet drinks are not easy to get rid of. However, there are natural alternatives such as stevia and lemon water which can stop your cravings and prevent your blood sugar from spiking. Stick to them and completely ditch the sodas, and we’re sure your health will soon improve. 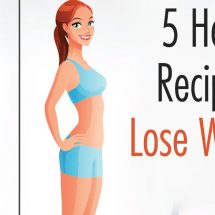 Stop Buying Ginger. Here’s How To Grow An Endless Supply Of Ginger Right At Home