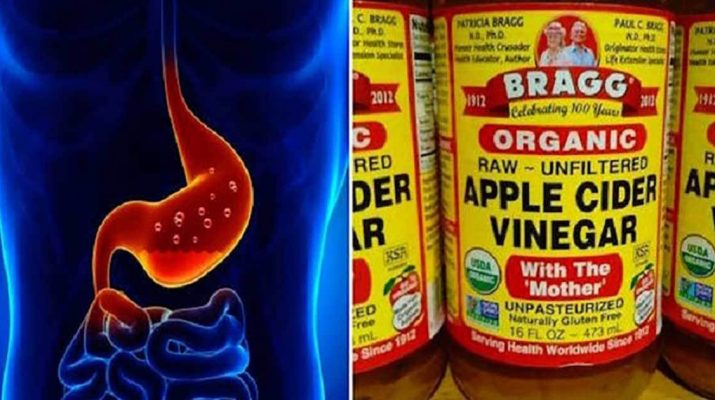 Apple cider vinegar is believed to have been found around 5000 BC when unattended grape juice converted into a wine and then vinegar.

It was initially used as a food preservative, and soon afterward, people discovered its countless medicinal properties. Hippocrates used it to treat wounds, and in the 18th century, it was a commonly used natural remedy in the treatment of various ailments, from poison ivy to stomach aches.

Vinegar means “sour wine” in French, and it can be made from any fermentable carbohydrate, such as apples, grapes, dates, beets, potatoes, and coconut.

It is traditionally made in a slow fermentation process, which preserves the antioxidant and antimicrobial qualities, as well as the bioactive components like acetic acid, gallic acid, catechin, epicatechin, and caffeic acid.

“The slow methods are generally used for the production of the traditional wine vinegars, and the culture of acetic acid bacteria grows on the surface of the liquid and fermentation proceeds slowly over the course of weeks or months. The longer fermentation period allows for the accumulation of a nontoxic slime composed of yeast and acetic acid bacteria, known as the mother of vinegar.”

When purchasing vinegar, make sure it contains the “mother”, which is a cobweb-like amino acid-based substance accumulated at the bottom, which is a sign of the best quality.

You can add apple cider vinegar to sauces, salad dressings, marinades, soups, baked goods, and even smoothies. It goes well on fish and meat, cooked greens, and pickled vegetables.

Apart from cooking, apple cider vinegar can be used n thousands of other ways, as a natural remedy, a household cleaning agent, for garden care, personal care, and so on.  Researchers advise taking 1-2 tablespoons daily, in a glass of water, in the morning, or before meals, to boost overall health.

Its regular use can help you solve the following issues:

To improve the acid content in the stomach, take a tablespoon of apple cider vinegar in a glass of water daily. The pectin in it will also soothe intestinal spasms.

Vinegar has strong anti-glycemic effects that regulate blood sugar, and the acetic acid prevents the complete digestion of complex carbohydrates, either by speeding up gastric emptying or increasing the uptake of glucose by bodily tissues. HealthLine  explains:

“Vinegar has been shown to have numerous benefits for blood sugar and insulin levels:

Popular  You’ve Gained 5 Pounds Overnight, and You Have No Idea Why? Here Are the Answers and the Solution!

Leg cramps can be extremely unpleasant, painful, and scary while sleeping. They are often a result of the reduced potassium levels in the body. Since apple cider vinegar is rich in it, researchers advise mixing 2 tablespoons apple cider vinegar and a teaspoon honey in a glass of warm water. Then, drink this remedy to relieve nighttime leg cramps.

“Polyphenols such as chlorogenic acid, which is present in high levels in apple cider vinegar, could inhibit oxidation of LDL and improve health by preventing cardiovascular diseases.”

Researchers have found that the acetic acid lowers blood pressure, and vinegar reduced triglyceride levels and VLDL levels (the damaging form of cholesterol) in animal studies.

Apple cider vinegar treats various skin ailments, like sunburn, bug bites, and poison ivy. You can soak in a bat with a cup of apple cider vinegar, or apply it directly to the affected area.

Apple cider vinegar is rich in potassium and enzymes that fight fatigue, while the amino acids prevent the accumulation of lactic acid in the body, and keep it energized.

Apple cider vinegar can help you lose weight since it increases satiety and reduces the total amount of food consumed. According to HealthLine, “the acetic acid in apple cider vinegar may promote weight loss in several ways:

Lowers blood sugar levels: In one rat study, acetic acid improved the ability of the liver and muscles to take up sugar from the blood

Decreases insulin levels: In the same rat study, acetic acid also reduced the ratio of insulin to glucagon, which might favor fat burning

Improves metabolism: Another study in rats exposed to acetic acid showed an increase in the enzyme AMPK, which boosts fat burning and decreases fat and sugar production in the liver

Burns fat: A study in mice fed a high-fat diet supplemented with acetic acid found a significant increase in the genes responsible for fat burning, which led to less body fat buildup

Suppresses appetite: Another study suggests acetate may suppress centers in your brain that control appetite, which can lead to reduced food intake “

It breaks up and reduces mucus in your body, clearing the sinuses, and its antibacterial properties fight infections.

The high acetic acid levels in apple cider vinegar will help you eliminate warts. Soak a soak a cotton ball in it, and apply it on the area, cover it, and leave it to act overnight.

Gargle 1/3 cup of apple cider vinegar in a glass of warm water to soothe a sore throat.

Vinegar is a powerful natural cleaning agent that destroys bacteria, without causing any of the dangerous side effects of commercial cleaning products.

Apple cider vinegar balances the pH levels of the scalp and eliminates any product build-up. Rinse the hair with a mixture of one-third cup of vinegar and four cups of water. To fight dandruff, spray the scalp with a mixture of water and vinegar, wrap a towel around it, and rinse after an hour.

Vinegar can help you control weeds in the garden. You can mix the following ingredients and make your homemade vinegar-based herbicide: 1 gallon of 10 percent (100 grain) vinegar, orange oil, a tablespoon of molasses, and a teaspoon of a liquid soap.

You can use apple cider vinegar to neutralize bad odors in the household.

To get rid of the unpleasant smell and bacteria, wipe the feet with apple cider vinegar.

It is one of the most powerful natural agents for removing pesticides and bacteria from your fresh produce. Mix 10 percent of vinegar with 90 percent of water, and soak the produce in the solution. Swish them around, and rinse well.

Apple cider vinegar can do wonders as a natural hygiene and beauty product.

Dab a bit of apple cider vinegar under the arms to destroy odor-causing bacteria.

To tone the skin and prevent breakouts, soak a cotton ball in some diluted apple cider vinegar, and use it as a facial toner.

You can use distilled white vinegar for cleaning and laundry, but for health purposes, choose organic, unfiltered, unprocessed vinegar only. 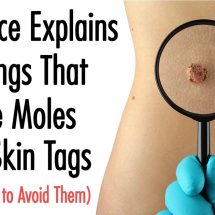 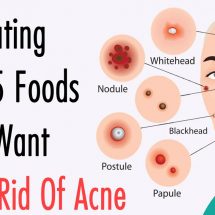 7 Signs You Are Addicted to Sugar