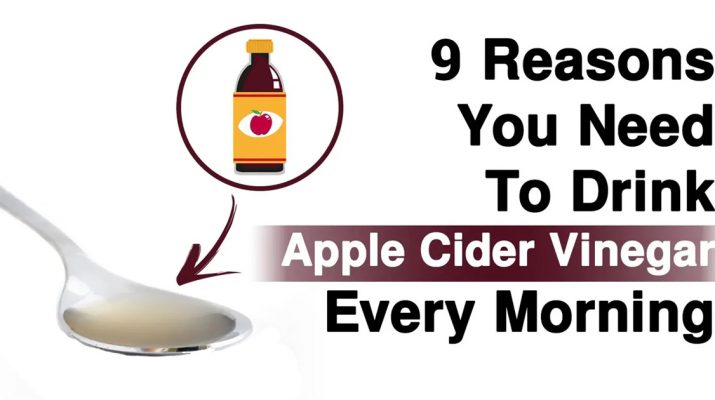 Many people are quick to classify the medicinal benefits of vinegar as an “ancient folk remedy.” However, much medical research has been published that demonstrates the effectiveness of apple cider vinegar in alleviating many health conditions – including obesity, high blood pressure and others.

To manufacture apple cider vinegar, yeast and bacteria is added to the liquid squeezed from a batch of apples. This initiates the fermentation process, in which the sugars are turned into alcohol. The product is then converted into vinegar via healthy acid-forming bacteria – it is this process that gives vinegar its sour taste.

Now that we’ve covered the basics as to what constitutes apple cider vinegar, let’s discuss its benefits.

Here Are 10 Reasons Why You Need To Drink Apple Cider Vinegar Every Morning:

Research has shown that consuming vinegar can increase feelings of satiety, or fullness. Of course, this makes it possible to consume less food – and less calories. In turn, prolonged consumption of apple cider vinegar can lead to weight loss. In one study, individuals that consumed apple cider vinegar ate 200 to 275 less calories over a 24-hour period.

Cardiovascular diseases – e.g. heart disease and stroke – are the leading causes of death globally. Vinegar is thought to reduce LDL cholesterol, a type of “bad” cholesterol that causes plaque buildup in the arteries. Chlorogenic acid, an antioxidant in vinegar, prevents the oxidation of cholesterol particles, which explains the mechanism through which the product can reduce the risk of heart disease.

Vinegar’s antibacterial properties are the reason why the product is used as a food preservative. Further, vinegar has also been used for cleaning and disinfecting a variety of ailments – including ear infections, lice, warts and nail fungus. Rumor has it that Hippocrates, an ancient Greek physician, used vinegar for cleaning wounds over 2,000 years ago. Simply put, apple cider vinegar can be used as an anti-bacterial agent in a number of different ways.

Sore throats are a nuisance, but research has shown that apple cider vinegar may help eradicate the germs that cause it. As a potent germ-killing liquid, vinegar can eliminate the infection that causes a sore throat early in the process. Simply gargle ¼ cup of apple cider vinegar with ¼ cup of warm water when the throat begins to feel itchy and sore.

Dr. Oz actually recommends apple cider vinegar as a dandruff treatment, as the product alters pH levels of the scalp. This chemical interaction makes it more difficult for yeast to grow, which in turn can eliminate dandruff production. Mix ¼ cup of apple cider with ¼ cup water and spray it onto the scalp. Wrap your head in a towel for 15 minutes to an hour and then wash. The process should be repeated twice a week for optimal results.

As mentioned, apple cider vinegar is a potent anti-bacterial. This property can be applied to benefit the skin’s complexion. Specific acids found in apple cider vinegar, such as malic and lactic acids, aid in exfoliation and softening of the skin, which in turn, reduces acne’s redness effect while balancing the pH levels of the skin. 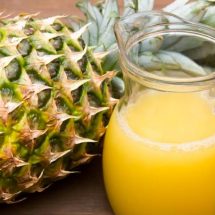 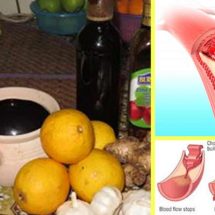 No More Pills for Bad Cholesterol or High Blood Pressure. Take This Remedy for 1 Week! 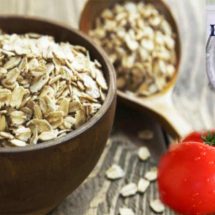