Many people love traditional Chinese cuisine, and with good reason, It is much different than what most people are used to eating. Therefore, it is normal sometimes to treat yourself to some fine Chinese cuisine now and then.

Despite their excellent cuisine and some amazing recipes, the Chinese have the worst food industry in the world. Manufacturers in China produce one of the most toxic and fake foods. After all, one of the cheapest workforce is there, so many companies try to use that to their advantage.

The first time that the public took notice of the production of fake foods was in 2008. Many infants died due to liver failure from drinking milk powder full of plastic compounds called melamine. As a result, the public was furious.

Furthermore, there were other plastics and synthetic foods illegally manufactured in China. The bad thing is that these foods look exactly like the real thing. However, they are full of toxic chemicals that can cause cancer or kidney damage.

That is why we believe you should know about the dangers of consuming such foods.

12 Shocking Fake Foods Made in China

It is important to stay away from toxic chemicals that can ruin your health. Here are the top-selling foods from China that you should stay away from.

There is a facility in China, in Zhongshan city that makes 5.5 tons of fake noodles. Many people who consumed these noodles on a daily basis, started to complain that they tasted weird. As a result, there was an investigation which helped reveal what really is in those noodles.

Shockingly, manufacturers used industrial ink to give them the perfect purple color and paraffin wax. Can it get more toxic than this?

Mutton is usually expensive, and that is normal. But, manufacturers in China decided to bring the price down and boost sales. As a result, they used chemicals altered in fox, rats, and minks meat to create the fake mutton.

After three months, the police had to take action and arrested 900 people for manufacturing these vile products. In addition, the police seized 20,000 tons of this fake mutton. Further analysis indicated that this food had a high level of E. coli.

China makes the worst honey. In most provinces, 70% of the honey is fake. Moreover, manufacturers create the honey by using rice syrup, sugar, beetroot, and some honey. On top of that, there is honey with sugar, water, alum, and coloring.

It can’t get unhealthier than this. So, be careful!

Melamine milk is the milk powder we usually give to infants. In 2009, 53,000 babies and children from China got very sick from this enhanced melamine. Melamine is a toxic compound for humans which can cause similar problems to cyanide.

As a result, four infants lost their lives. What were manufacturers thinking you ask? Well, they tried to increase the level of protein in the milk, and they created something disgusting.

Green peas are excellent for making a profit. That is why manufacturers produce them on a massive scale. According to a local newspaper, you can recognize these peas after boiling them. If they stay hard after boiling or have an unnatural green color, know that these peas are fake.

The illegal workshops in China that produce these peas are very hard to find. Some even lasted three years before police shut them down. The manufacturers use green dye, sodium metabisulfite (has the same functions as bleach and preservative), snow peas, and soybeans to create them.

Moreover, they mustn’t use this dye at all costs since it can cause cancer and affect the ability of the body to absorb calcium. You can find these toxic foods anywhere, but mostly in Guangdong and Hunan, China.

A food safety expert from Beijing, Sang Liwei says that it is terrible that this information didn’t catch the officials’ attention. Such foods are still being sold today despite all the health problems people reported having.

Wine means big business in China. But, the problem is that people have no idea what these products contain. Manufacturers use posh looking wine bottles, and fill them with alcohol and cheap fruit juice. That is why you simply can’t trust the labels in China.

According to a Chinese newspaper, vendors in Beijing are using cardboard to stuff buns. They first soak the cardboard in chemicals and wait for it to soften up. Next, they mix the cardboard with some pork fat and stuff the mixture in the buns.

Awful isn’t? Well, not even street food is safe from scandal in China.

People love purchasing ginseng. After all, it can have some amazing healing properties. But, that is not the case in China. Since a lot of people use the ginseng for many tonics, demand is high. Due to the sudden rise in price, ginseng retailers had to find a way to make a profit and sell their products faster.

Therefore, they decided to boil the roots in sugar and make them heavier. The heavier the ginseng is, the more profit it makes. According to a Chinese medicine expert, Wei Feng, from the National Institute for Food and Drug Control, this can prove to be a very serious problem.

Not only do the manufacturers rip off customers, but they also destroy the medicinal properties of the plant by boiling it in sugar. On top of all this, one fake ginseng can have up to 70% sugar and worsen people’s health by an incredible amount.

50% of all the apple juice in the US comes from China. China has been using toxic pesticides in the food for a long time. Plus, they still use pesticides that their government banned. Therefore, the best way to avoid such harmful drinks is to purchase an organic apple from the local store.

People love eating rice in China. To keep up with demand and boost sales, manufacturers combined synthetic resin and potatoes to get fake rice. To recognize this type of rice, you should see if it will stay hard after boiling.

If you consume it, you can have a higher risk of developing cancer. Why do this, you wonder? Well, the money of course. Manufacturers don’t care about the people’s safety. Instead, they try to make the best imitations they can and sell it to the public.

Beef is a type of meat that is not very available in China. Therefore, vendors found a way to create their own fake beef by altering the pork and making it look like beef. In addition, they put the pork in beef extract and let it sit for an hour.

After that, their product is ready for making money. Doctors warn that you should stay away from this fake beef as much as you can. Otherwise, you might be prone to cancer, poisoning, or even deformity.

As shocking as it sounds, Chinese manufacturers make fake walnut by stuffing them with cement. To do this, vendors separate the walnut from the shell and sell both the walnut and the shell. But, to fool people that the walnut is alright, they fill it with cement.

What do you think? Have you encountered fake foods? Tell us your thoughts and leave us a comment. If you liked this post, make sure to share it with friends and family. 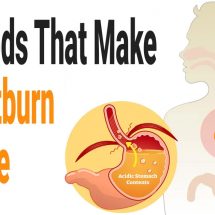 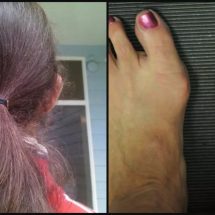 Prevent Painful Bunions Only by Using a Hair Band… and 7 Other Tips! 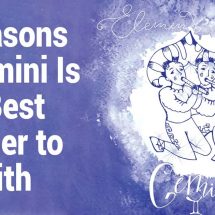 5 Reasons A Gemini Is The Best Partner to Be With