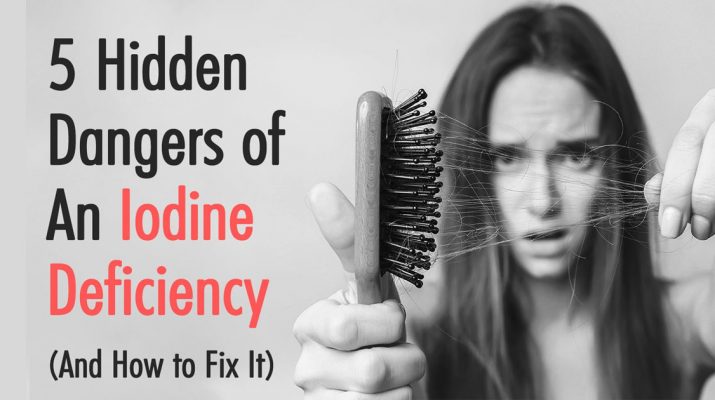 Over a hundred years ago, iodine was cited as the universal medicine that can treat different medical conditions. Its positive effects were hailed in tons of old journals and studies. But by the 1950s, iodine slowly lost its appeal following a report from doctors at the University of California that an excess of iodine deficiency in the body can lead to a disorder.

The medical community soon used less iodine and the fallout also impacted the food industry. Manufacturers began substituting its iodine ingredients with other substances. By the 1970s, worldwide iodine consumption dropped as much as 50 percent.

But decades later, different studies have linked iodine deficiency to conditions like breast or prostate cancer, as well as other chronic or life-threatening illnesses. It turns out that while there are consequences for having too much iodine, the lack of it also poses a lot of risks.

“Iodine is the most misunderstood nutrient when it comes to thyroid disorders.” – Dr. David Brownstein

According to the American Thyroid Association, you need to source iodine from the food you eat since the body doesn’t produce this element on its own. If you have an iodine deficiency, your thyroid may grow into a goiter, otherwise known as an abnormally large thyroid gland, or you could develop hypothyroidism that can lead to weight gain.

Unlike other diseases, hypothyroidism does not have any significantly different symptoms that should cause an alarm. However, if you’ve been eating right and following a positive diet plan but you are still gaining weight, it might be best to get yourself checked.

The only way to tell if you have the condition is through blood tests, a thyroid-stimulating hormone test, and a physical examination with your doctor.

There is no known cure for hypothyroidism. The cause of the disorder cannot be eliminated but you can manage and control your weight gain – as well as symptoms like fatigue, constipation, and muscle spasms or aches – with medications and weight management.

2.   Your Skin Is Dry And Your Hair Is Falling

Did you know that your skin stores 20 percent of the iodine you source from food? In particular, your sweat glands have a lot of iodine. If you are deficient of this nutrient then you may not be able to perspire well even if you’re soaking in the sauna.

For one thing, you have to moisturize, exfoliate and hydrate regularly. Fortunately, you have many choices for moisturizers, as there are hundreds of skin care products in the market. However, go for products that use natural ingredients as much as possible as harsh chemicals might irritate your dry skin further.

Every time you wash your face, apply the moisturizer to keep your skin softer. Once or twice a week, gently exfoliate to remove the dead skin cells that contribute to the dryness and skin blemishes.

Meanwhile, iodine is also essential for hair growth. This is once again linked to the function of the thyroid gland. The hormones that this gland produces can dictate the quality and health of your hair. So, when it’s not working right, your hair can turn dry, brittle or rough just like the condition of your skin.

An iodine deficiency is one of the most common reasons many women suffer hair loss. This nutrient combats problems like premature graying and hair fall. It also contributes to the strength of your hair.

So, eat foods that are good for your skin or hair and great for your diets in general, such as fruits, vegetables, and nuts. Avoid foods and drinks that can contribute to the dryness, such as coffee or alcohol, fried foods, packed and processed foods.

3.   You’re More Prone To Feel Colder Than Other People

A study found in the journal Hippokratia cited that 80 percent of people who have been diagnosed with low thyroid hormone levels were also likely to be more sensitive to colder temperatures. Experts tied this to slow metabolism, which makes your body generate less heat.

A slow metabolism also prevents the good circulation of the blood to your organs and your skin. As a result, you’re bound to bundle up more when in low temperatures compared to other people.

As mentioned, the T3 and T4 hormones contribute to your body’s metabolic rate and biochemical process. Aside from regulating your body temperature, it also influences your heart rate and blood pressure.

All these elements affect the way your body responds to the cold thus, it’s vital to keep your thyroid’s function in check because of the number of effects it has upon the body.

4.   You Have Signs Of Depression

Should you be taking a thyroid medication instead of an antidepressant when you have symptoms of depression? According to Harvard Health, this mental health concern might be linked to a disorder in the thyroid gland.

People typically regard depression as an emotional or biochemical problem of the brain. However, several studies have shown that diet and nutrition, particularly iodine deficiency, may also be important factors to a person’s depressive moods.

Your symptoms of depression might be tied to an iodine deficiency if you also have other signs related to the disease, such as constipation, fatigue, muscle aches, dryness of the skin, and sensitivity to the cold. To confirm this, consult an internist and get a blood test to determine if you have a thyroid disorder. If you’re positive for this condition, talk to your psychiatrist so that they can adjust your therapy and medications.

5.   Your Menstrual Period Is Highly Irregular

An underactive thyroid gland can lead to amenorrhea or highly irregular periods. Your blood flow might also remain heavy, even on days when the period should be nearing the end of its cycle.

A malfunctioning thyroid prevents a woman’s body from ovulating properly. It disturbs and impacts the functions of the pituitary hormones. In many cases, doctors don’t always determine the thyroid as the main cause of period problems.

Medical journals dating back to the 1840s had already identified an iodine deficiency’s links to an irregular menstrual cycle, according to a study in the Annals of the New York Academy of Sciences.  If you think your unusual blood flow might be linked to a thyroid disorder, ask your doctor for some tests.

Hypothyroidism also impairs insulin production, therefore women diagnosed with this condition often receive treatment for the polycystic ovarian syndrome (PCOS). One of the symptoms of PCOS is irregular menstruation. Hypothyroidism may also increase estrogen exposure and decreases blood coagulation. Because of this, you experience heavy periods.

According to the National Health Institutes, you need to take 150 mcg of iodine a day if you’re above 14 years old.  Breastfeeding and pregnant mothers need 290 mcg daily to meet the recommended allowance for this nutrient. This is because their hormone production is different during this phase.

A study published in the Chinese Journal of Control of Endemic Diseases found out that children in several villages in the Asian country had a lower IQ level because of iodine deficiency. Their water source apparently had high fluoride content. You lose significant iodine levels in your body if you smoke cigarettes or drink fluoridated water.

Final Thoughts On The Hidden Dangers Of An Iodine Deficiency

Since the noticeable decline in iodine consumption, many governments all over the world have adopted a salt iodization program for their respective countries to fight iodine deficiency. Today, you can find iodized salt in pretty much any kitchen.

However, an overdose of iodine may also be risky for those with health problems, such as kidney disease. As with anything, the key is to strive for balance with your iodine intake. Follow your doctor’s orders carefully and take heed of prescribed doses. 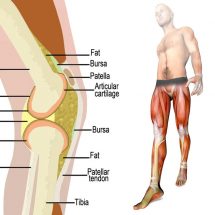