“It is a common experience that a problem difficult at night is resolved in the morning after the committee of sleep has worked on it.” – John Steinbeck

Sleep is a pretty amazing thing. No, we aren’t talking about the heavenly feeling of finally being able to doze after a long day (though it could be considered!)

Instead, we’re talking about the physical and mental benefits of sleep; along with the extraordinary “repair and refuel” work that takes place during our prized shuteye time.

Did you know that our heart and blood vessels repair themselves while you sleep? That the brain “takes out the trash,” removing the massive amounts of irrelevant information we don’t need?

Did you know that ongoing sleep problems are linked to higher risks of heart disease, diabetes, high blood pressure, kidney disease, and stroke?

Indeed, sleep can work for or against us – something we’ll discuss a bit later on.

In The Meantime, Here Are 10 Fascinating Facts About Sleeping You May Not Know:

Sleep experts harp on about sleeping in a cool room for a reason. Yes, for most people, a cool room is much more comfortable, but a chillier environment also mimics your body temps.

The largest drops in body temperature occur during REM (Rapid Eye Movement) sleep, when your body may drop a full degree or two.

Nocturnal dipping is the scientific term used to define when blood pressure plummets at night. Blood pressure, like many other body functions, follows our circadian rhythm (day/wake cycle). Generally, our BP will drop 10 to 15 percent during the nighttime.

A normal, healthy adult’s BP will drop 5 to 7 points during sleep.

You’re probably starting to pick up on the pattern: everything (almost!) slows down when we’re sleeping.

Sigrid C. Veasy, MD, a neuroscientist and professor of medicine and University of Pennsylvania’s Center for Sleep and Circadian Neurobiology provides his insights: “The intestines quiet down in the nighttime, and the liver goes from trying to detoxify during wakefulness to trying to build and synthesize when you’re sleeping.”

4. Your Brain Is Being Tuned Up

Ever leave your vehicle overnight with the mechanic? Well, night-night time is your brain’s mechanic. Here’s all that happens when you sleep:

– Your brain is converting short-term into long-term memories

– Your brain is “defragmenting,” or getting rid of the bits of info you don’t need

– Your brain is restoring the necessary bits of info that wasn’t ingrained during the daytime.

As we discuss in the next section, we sleep in four cycles. “Deep sleep,” or the period of sleep prior to REM sleep, occurs only 20% of the time spent sleeping. “It’s also called our deepest sleep,” adds Philip Gehrman, Ph.D., and assistant professor at the University of Pennsylvania,

“It’s also caused our slow-wave sleep because our brain waves are these slow, high-amplitude waves.”

Scientists divide sleep into four stages, with each full sleep cycle taking about 1.5 hours to complete. On average, we’ll go through roughly five rotations in 8 hours of shuteye. Here’s a snapshot of what each stage looks like:

During REM sleep, the only active muscles are the ones moving your eyes and controlling your breathing. Though the muscle paralysis phase is only 20 to 30 minutes, it keeps you from acting out your dreams – and giving your innocent bed partner a swift kick or punch (that’s not nice.)

During non-REM (NREM) sleep, our bodies will produce the hormones we need throughout life. Growth hormones, thyroid hormones, adrenocorticotropic hormones, follicle-stimulating hormones, and other types are released during sleep.

Well, if you consider the average person, who (statistics show) gets somewhere around 8 hours of sleep per night, they’ll sleep the equivalent of 122 days out of the year.

If you think we humans sleep a lot, consider cats. Our feline friends spend about two-thirds of their lives conked out!

10. Sleep Can Boost Your Iq

Researchers from the Max Planck Institute in Munich, Germany found that “a good night’s sleep can do wonders for women’s intelligence.” In a study of 160 adults – 72 women and 88 men – scientists concluded the following:

Popular  Use This Simple Trick To Keep Ticks Off All Summer Long!

“Sleep spindles, which are associated with higher IQ scores, were boosted when women entered dreamless sleep.”

– Sleep spindle activity was similar for men, but only during naps that did not exceed 100 minutes.

What does this mean? Well, for a woman, you should aim for 7-8 hours of sleep per night; for a man, you may want to consider a power nap during lunchtime. 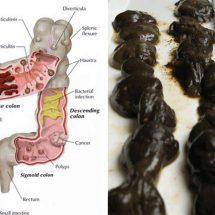 Lemon, Apple and Ginger Combination Which Flushes Pounds of Toxins

Use Baking Soda Instead of Shampoo and Get Incredible Results!