According to a German Historian Heribert Illig, a big part of our history is missing, or actually never happened. On the basis of phantom time hypothesis, the ruling class created a number of false alternate chronologies in the past few millennia and inserted them in the calendar.

As a result, the knowledge of centuries could be completely false and more different than we could ever have imagined. In addition, as the German historian claims, some centuries and the dark ages never really happened and were all made up.

Therefore, our age or year and modern history are miscalculated. However, there aren’t many people who support this theory. The most of the support comes from eastern Europe, where many people believe countless conspiracy theories around the world affect our life as we know it.

The Basis of the Theory

These ideas are not new. Instead, they were popular around 1700. Librarian Jean Hardouin and the French Jesuit, publicized this theory because they believed that the literature and art from ancient Greece and Rome from the 13th century were fake and forgeries.

Furthermore, they believed that most of what we know about Roman and Greek history never happened. As the German Historian claims, today is the year 1720, and the Gregorian calendar is fake. On top of that, he believes that the Middle Ages never existed.

If you take these beliefs into account, it would mean that in 1986 it was actually 1689.

Thus, as the Phantom Time Hypothesis states, the years from 614 to 911 A.D. never happened. The reasons for this belief are the inadequate collection of documents from this period that got Illig thinking.

As he states, even the famous figures that lived during the Middle Ages were either fictional or living at different points of time. The historian believes that the legacy of Charlemagne was way too extraordinary to be real.

This makes sense. In addition, there could be a big leap in the timeline that might have occurred when the Pope in 1582 A.D., switched from the Julian calendar to the Gregorian calendar. After all, there was a discrepancy that lasted for ten days.

As a result, some documents might have been altered or forged. However, the German historian believes that this type of forging isn’t rare nor an accident. On top of all that, he claims to have archeological evidence to support his theory.

Could There Be a Massive Conspiracy?

According to his proposal stated in his book in 1991, Illig claims that there was a conspiracy in 1000 AD. This conspiracy changed the rating system due to three world rulers. The historian claims that these rulers agreed to change the future and history.

In addition, the Holy Roman Emperor Otto III, Pope Sylvester II, and Byzantine Emperor Constantine VII worked together to change the calendar. In the end, they changed the years displayed on the calendar and made it seem as if Otto began ruling in 1000 AD.

The reason for this was because they believed that the number 1000 sounded better than 996 because it seemed more meaningful.

After all, it represented the “year of the Lord’’.  Furthermore, the three world rulers continued fabricating and altering more documents to create false historical events that would back them up. The German historian claims that Charlemagne was not a real ruler, but a fictional character.

The goal was to create a legend like King Arthur. And with all the forging, 297 years were added to history that are not supposed to be there.

How Could This Happen?

Well, depending too much on written history and the inadequate system of recovering medieval artifacts blinds us to the truth, as Illig says. As he claims, the years between 614 and 911 AD don’t add up.

The reason behind this is due to the fact that the years before 614 and after 911 are full of evidence and significant historical events, but, the other years lack important claims. In addition, the mathematical discrepancies in the Julian and Gregorian calendars even complicate things.

Moreover, Illig claims that the Roman architecture from the 10th century located in Western Europe seems too modern for that period. However, even if this Phantom Time Hypothesis seems far-fetched, Illig gained many supporters.

Dr. Hans-Ulrich Niemitz, wrote a paper in 1995 questioning whether the Middle Ages exist? In the end, he believes they don’t. It seems that Dr. Hans highly approves Illig’s theory and defends it. He supports the fact that many reliable historical sources are missing or don’t exist.

But, Dr. Hans still believes that there is a small counterargument that is real. Since the Islamic regions and the Byzantium were at war, many documents can record all that has happened. Therefore, many other historians criticize this hypothesis.

There is no missing period. There is evidence, proof, and many books that can show the Middle Ages did exist. Even the German historian’s statement about the Roman building was false. After all the building, located in Western Europe, looks more modern because it endured many renovations throughout the ages, as any famous building should.

Therefore, this theory is insignificant and lacks proof, as countless historians believe.

The biggest question is what motivated the altering of the timeline? Have the Holy Roman Emperor Otto II and the Pope really behind some major changes and fabrications of documents that we haven’t noticed until today?

Though there is a lack of evidence, we only miss the documents dating from the dark ages, since people were constantly trying to survive. It is only normal that they wouldn’t record their misery. Instead, they would focus on trying to find a better way to survive away from the public eye.

After all, the most dangerous areas were indeed the overcrowded cities and towns, which made sense why people would stay away from them. Nevertheless, there could be some truth to the phantom hypothesis, but for it to be real, we need more research and proof.

For now, we can only speculate what could have happened and what really changed. After all, there is a low possibility that something that big really did change, and after all these years and in the age that we live in, we missed something as tremendous as that.

Source: All That is Interesting | Skeptoid | Curiosity | Uwgb 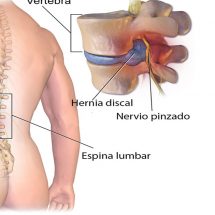 The Secret to Back Pain is In Your Feet! The 10 Exercises That Fix Everything! 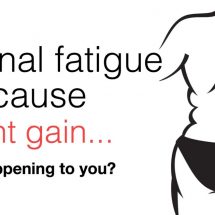 Adrenal Fatigue: Is It Making You Gain Weight? 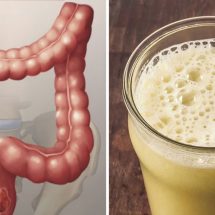