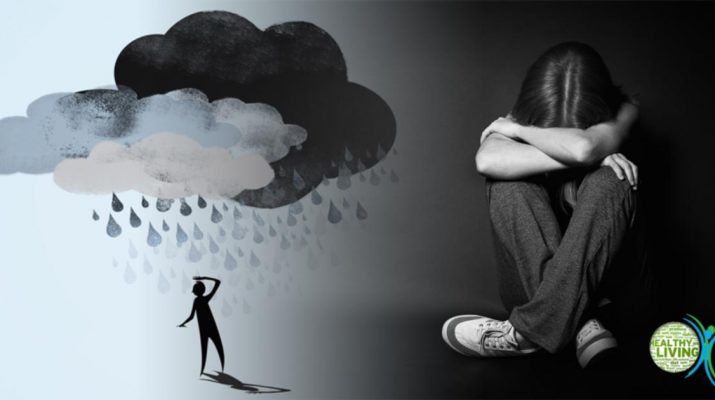 For years people don’t recognize that they might suffer from depression. After all, this serious mental illness is hard to notice. These are the people that are always fighting their inner demons alone.

And, without sharing their fears and thoughts, they struggle to solve the problem by themselves.

In the end, this becomes a heavy burden on their shoulders, one that is hard to get rid of. However, such struggles should never be ignored. So, instead of keeping things a secret from other people, it is sometimes best to open up and tell them the truth.

Besides, many wounds will remain open for a longer time, especially if you ignore them. Since you are reading, it means that either you know someone who feels this way, or your personal feelings create these problems.

Nevertheless, here are 10 habits that are common for people who suffer from concealed depression.

This feeling can become a burden, especially for the people who are closest to the person who feels that way. So, these people either become more jealous or don’t let anyone get too close to them. Moreover, they can even walk away from most struggles, and who could blame them.

Depression makes these people conceal their feelings out of fear from heartbreak.

Always having the need for affection and love, might be a sign of weakness and vulnerability. In other words, the person believes that they are not perfect and need someone to make them feel loved constantly.

If a person comes up with the most elaborate and believable stories and excuses about a certain matter, it might be a result of concealed depression. Especially, if that person doesn’t return calls or changes subjects rather quickly.

However, that doesn’t always have to be the case. The person might also have some problems or confrontations that they want to avoid.

4. Has No Interest in Favorite Activities

A long time ago, you might have had some things that brought you joy. However, those things don’t have the same effect anymore. Or, there could be something worse. For example, nothing brings you joy anymore.

Instead, you are waiting for someone to get you out of the problems, but life passes you by. This might mean that you are suffering from concealed depression.

5. Feeling of No Control

When a person feels that there could be no control over his or her actions, or doesn’t want to bother to change things, since that will be exhausting, it might mean that he is suffering from depression.

The lack of will destroys their inspiration for controlling things and focusing on something new.

Most people who suffer from this kind of depression, have difficulty eating properly. They either eat too much or too little. It all depends on the person. In addition, it influences their health and metabolism, which can later affect their well-being.

On top of that, they have trouble falling asleep. Especially, if they are dealing with a state of helplessness. The wave of emotions that they constantly feel makes them vulnerable and won’t let them sleep.

When a person who suffers from concealed depression sees others in pain, he or she tries to cover up their own. This person believes that by showing their pain to other people, he or she can affect their feelings and bother them for no reason.

Therefore, that person focuses on making other people happy and comfortable in their company by hiding their true feelings of fear, sadness, and helplessness.

Depression can highly change the behavior of a person. So, that person tries to completely cover up their emotion by using a mask, or a cheery act. They are happy and cheerful when surrounded by other people.

However, this doesn’t cause personal happiness. Instead, it brings them even more down, especially because they have to act constantly as if nothing is wrong.

People who suffer from concealed depression, try to find many ways to deal with their emotional state. In addition, they try to make some new changes to their lifestyle and create some new or old habits that would take their mind off of the things they are thinking.

These habits can be different, for example, they can range from physical activities like dancing, running or exercising, to painting and singing. Whatever it works to clear the mind and lighten up the darkness inside.

Many celebrities suffered from depression, most of whom talked about their feelings.

But, from all the darkness, they managed to find a way out and climb all the way to the top. They believe that the people who are smart, expressive, and creative, but suffer from concealed depression, don’t even know how smart they really are.

Therefore, celebrities believe that nobody should ever give up. Instead, they should find inspiration in the small things to guide them through.

If you or anyone you know feels all of these sings, you should consult with a proper medical practitioner. There is nothing to be ashamed of. Instead, people should always try to find a way to get out of a problem and be inspired to move forward.

What do you think? Don’t forget to leave us a comment with your thoughts and opinions. If you liked this post, make sure to share it with friends and family. 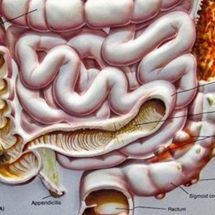 How the Bacteria in Our Gut Influences Our Minds 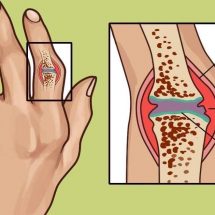 Find Out About This 3,000-Year-Old Technique For Treating Rheumatoid Arthritis And Inflammation 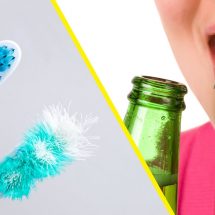 Dentists Explain 9 Things to Never Do to Your Teeth