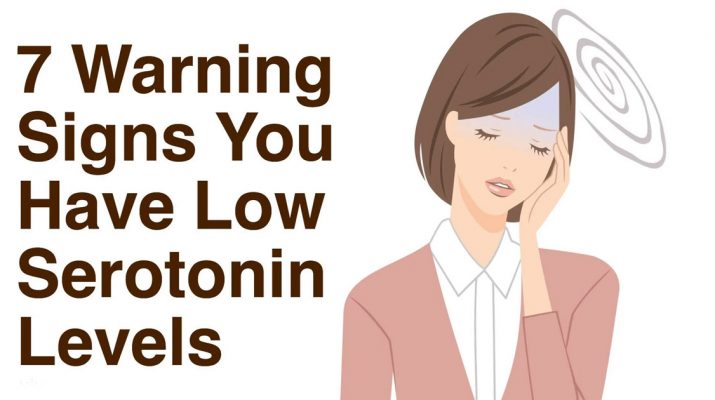 Serotonin is not only responsible for mood, but for appetite, pain reception, digestion and sleep. While the term “serotonin levels” is most-frequently mentioned along with depression and anxiety, low serotonin levels can result in a number of different symptoms and side effects.

The vast majority of people don’t particularly know – nor care to understand – the functionalities and importance of neurotransmitters. That is, of course, until them or someone they’re close to is impacted by some type of disorder potentially caused by the abnormal neurotransmitter activity.

The fact is that the brain’s neurotransmitters are a large part of what makes us…well…us. These brain chemicals are wholly responsible for the myriad communications that take place in our brain and body. In the brain, neurotransmitters relay neuronal signals that allows it to properly operate.

Serotonin is an inhibitory neurotransmitter…adequate amounts of serotonin are necessary for a stable mood and to balance any excessive excitatory neurotransmitter firing in the brain…serotonin also regulates many other processes such as carbohydrate cravings, sleep cycle, pain control and appropriate digestion. Low serotonin levels are also associated with decreases immune system function. – Neurogistics.com

Carbohydrates, such as sweet and starchy foods, are known to indirectly impact serotonin levels. As such, it is common for those with low serotonin to yearn for foods that are rich in carbs.

When the body ingests carbohydrates, more tryptophan – an important building block of serotonin – becomes available. In turn, the brain and body produces more serotonin. Furthermore, many foods that are high in carbohydrates contain gluten, which is also addictive.

While it is believed that serotonin plays a role in overall thinking abilities, its most significant impact is on memory. Those with low levels of serotonin are more likely to have problems with memory consolidation.

Medications that boost serotonin levels are commonly prescribed to people suffering from anxiety. Brain imaging has shown that those with high anxiety have limited serotonin in areas of the brain responsible for impulse and emotional control.

It is worth noting that three other neurotransmitters, gamma-aminobutyric acid (GABA), dopamine and epinephrine, also play a part in anxiety disorders.

Serotonin levels have a marked effect on energy production. Some people that experience chronic fatigue have been tested for insufficient amounts of the chemical. However, when serotonin levels are replenished, it is common for those suffering from fatigue to notice a drastic improvement in energy levels.

As with many of the symptoms described in this article, feeling fatigued or exhausted can be the result of many different conditions. Chronic (long-term) fatigue increases the possibility of low serotonin in the brain.

Serotonin is an important chemical for relaying signals between the brain and digestive system. Medical professionals have discovered a link between irritable bowel syndrome (IBS) and inadequate levels of serotonin.

When such deficiencies are corrected, as has been demonstrated with IBS patients, digestive processes often resume normalized functionality.

The amount of serotonin available also directly affects the production of melatonin. When serotonin levels are low, the ability to produce melatonin is impaired. As part of a domino effect, the circadian rhythm – an important element of the sleep/wake cycle – is off kilter.

When this happens, it is extremely difficult for someone to follow a natural sleep/wake pattern. Specifically, the ability to fall and remain asleep is often negatively affected.

Among its many properties is serotonin’s effect on libido (sex drive). Low levels of serotonin are directly linked to an increased desire to have sex, but a diminished ability to connect emotionally or bond – not a good recipe for intimacy.

Further, fluctuations in serotonin levels, whether in production or reduction, can further impact one’s attitude, not to mention physical capabilities, in relation to sexual activity.

Despite insistence from the medical community that prescription medications are the best way to increase and stabilize serotonin levels, there are numerous other ways that this chemical can be produced – without the nasty side effects of pharmaceuticals.

Here are some simple ways of boosting serotonin:

– Exercise or meditate (or both!)

– Eat carb- and protein-rich foods. (Lay off complex carbs, such as sugars and starches)

– Get some 5-HTP (also a beneficial treatment for hypertension, depression, fibromyalgia, insomnia and anxiety)

There are many ways to naturally boost serotonin levels, and it may be beneficial to consult with either a medical or holistic/natural health professional. Despite their side effects, prescription drugs may be the answer for some. Although, trying one (or more!) of these natural serotonin boosters may do the trick as well. 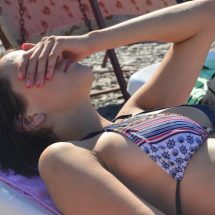 Neuroscientists Say Your Forgetfulness Is A Sign Of Extraordinary Intelligence

Garlic, ACV And Honey – The Winning Combo For Defeating Cholesterol, Obesity, Indigestion And Many Other 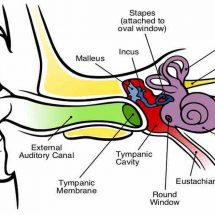 Popping, Clicking or Crackling Sound in Ear: What Does It Mean?