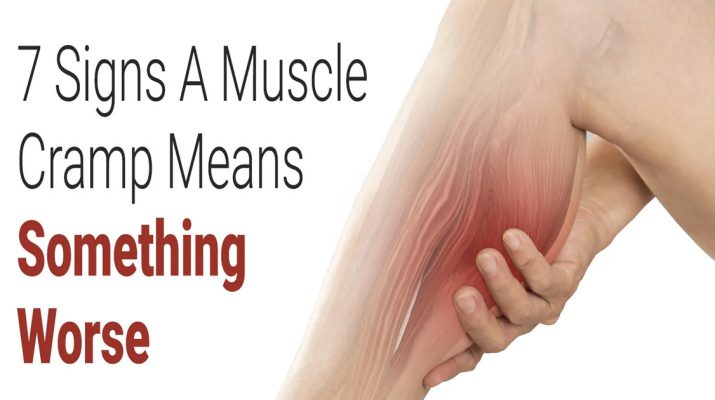 Muscle cramps aren’t exactly unusual. You get them from overexerting yourself, from carrying heavy weights, and even just from sitting, standing, or sleeping in an awkward position.

But sometimes, a muscle cramp isn’t the real issue. It’s just a symptom of a bigger, more serious problem. If that’s the case, you want to be informed enough to know when it’s time to seek medical help.

Here Are 7 Signs A Muscle Cramp Means Something Worse

1.   It Impacts Your Daily Life

Doctors typically take you more seriously when you explain that a condition is affecting you in multiple ways throughout your day. This is because a lot of pain can be annoying, or even limit your mobility – but a pain that renders a huge part of your life unbearable is a different thing altogether.

As an example, a muscle cramp that’s worse than the standard might:

A normal muscle cramp has pain in bursts, typically not lasting longer than a quarter of an hour at the time before reverting back to a dull, background ache. When they last longer and overwhelm your life, there are more possible issues, such as:

On that note, even if it is just a normal cramp, don’t try to push through with positive thinking if the pain is really overwhelming. Talk to a doctor about pain medication and other means of support.

2.   The Site Of The Injury Changes Appearance

A muscle cramp doesn’t typically show itself outside and is only felt through the pain. As such, a change of appearance around the area that hurts is usually a sign that something is wrong. Many times, this type of change in a leg can point to a blood clot, which can be potentially dangerous if it enters the bloodstream.

Here are some changes to look out for:

3.   The Pain Is Either Too Isolated Or Too Widespread

The location of the pain can tell you a lot about the severity of the cramp, and if it’s really just a cramp at all. Here are some details about where your pain is that indicate it’s something worse and that it’s time to see a doctor.

In most cases of muscle cramps, the pain can be felt over the whole of the affected muscle. If you’ve just started working out and have soreness, it can even affect your whole body overall.

But if you’re able to directly point at the site of the pain with no issue, and if the pain only seems to occur from that one tiny location, it may be an injury. It can be a sign of a ligament, tendon, or muscle that has been pulled or otherwise injured.

B)   Pain Isolated To One Side Of The Body

When you’ve got a muscle cramp from exercise or physical activity, it’s typically felt on both sides of the body, such as your right and left legs simultaneously. It would be quite difficult to only strain one limb. But what happens when the pain only seems to be happening on one side of the body?

Popular  7 Things Your Poop Says About Your Health

It’s very rare for someone to manage to seriously injure muscles on both sides of the body, so if you only feel pain on one half, then it may be a more serious type of cramp. You may have pulled a muscle or a ligament, or there may be an infection.

C)   Pain That Radiates Over An Entire Supposedly Uninjured Limb

Did you know that a serious issue in one particular spot of the body often winds up being felt all over? An example of where this might happen is in herniated disks; though only the spinal area is damaged, you can feel pain all the way through your legs.

This means that what you think is a muscle cramp might actually be a symptom of a much more serious problem. If you’re worried about this and want to be 100% positive about what’s wrong, talk to a doctor.

4.   You Experience Stiffness Or Are Above The Age Of 50

If you’re getting on in years, you are more prone to degenerative disorders that cause pain in your joints, often resulting in stiffness. This stiffness can travel throughout your body and may even be felt in your muscles, despite the fact that they are joint-related. This is because muscles contract when the body is in pain.

Some examples of conditions to look out for include:

5.   It Comes With A Fever, Chills, Or Congestion

Muscle cramps on their own are less telling than muscle cramps that are accompanied by a variety of other symptoms, such as chills, congestion, a fever, nausea, headaches, vomiting, and other problems. You should always see your doctor if this is the case with your condition. Here are some illnesses that manifest in muscle cramps, alongside other symptoms.

Between the 1st of October, 2018, and the 4th of May, 2019, there have been between a whopping 37.4 million and 42.9 million cases of influenza. This actually broke records in regard to hospitalization, so humanity isn’t facing a very positive run with the illness.

One common flu symptom is the soreness of the muscles, which occurs because of the breaking down of proteins throughout the body. Without sufficient treatment, the flu can severely damage your immune system, and some individuals can be at high risk of complications from it.

If you’re vomiting alongside your muscle cramps, it could be a sign of food poisoning. While many cases pass on their own, it’s still a good idea to speak to a doctor about the issue.

An infection may usually make itself easily known, but in some cases, it won’t. Isolated pain and prolonged pain can both be a sign that your cramped muscle is actually facing an infection.

We underestimate the importance of water for the body. If you’re not drinking enough water, a lot of standard bodily functions start to shut down. Make sure you’re getting at least 8 glasses of this liquid daily.

Usually characterized by a rash, Lyme disease can cause a lot of flu-like symptoms, including muscle cramping and pain. This tick-transmitted condition is very serious, so if you feel muscle cramps and other symptoms after being out in the wilderness, go to a doctor immediately.

6.   Your Last Workout Was Especially Intense

In today’s world, everyone is encouraged to work out more and more, going through increasingly intense exercise routines. You may do CrossFit, HITT, or other similar types of routines.

Popular  Leave a Glass of Water, Salt and Vinegar in Your House to See Some Amazing Results

Unfortunately, all that intensity can cause you to overdo the workouts. Overtraining can lead to a number of serious conditions, like rhabdomyolysis, and it can also make you more vulnerable to injury. If you’re in severe pain after each workout, it’s time to slow down.

This is a fairly simple concept. If you have a simple cramp but it doesn’t disappear after a week – and especially if it continually gets worse and worse and worse – then it’s time to see a doctor. There is a long, long list of conditions that can manifest in cramps of all kinds. To figure out whether yours has gone on too long, here are some things to look out for.

Standard muscle cramps and soreness last up to around 72 hours, and very rarely last a week, though they may if you’ve just started working out again, or if the pain fades away very slowly.

With that being said, if you can still feel sharp and unwavering pain seven days into a cramp, it may be a sign of some form of injury. If left untreated, the injury may become permanent.

Do you have a muscle cramp that comes and goes? If you can always count on it to return eventually, whether seemingly unprompted or with a specific trigger, it signifies a chronic or long-running condition left unchecked.

As an example, conditions such as fibromyalgia, which is a chronic pain disorder that results in widespread pain, can flare up and lead to pain after stressful moments. Other conditions may cause worsened pain in extreme temperatures, after periods of inactivity, and more.

C)   Pain That Worsens Over Time

Muscle cramps are supposed to get better. They are not supposed to continue worsening for days or even weeks on end. Sure, some types of pain get worse before they get better, so you may be used to braving it with positive thinking. But the key is that they must eventually get better.

If your pain doesn’t let up, and it is continually increasing instead, then you must see a doctor as it can be a sign of an infection or another disease that is growing.

D)   Pain That Worsens With Use

If you’ve ever worked out or done some form of physical activity while your muscles were still sore or cramped, you likely noticed that the pain is bad first, but once your body warms up enough, it is barely felt anymore as you continue your exercise.

This is normal for standard, non-serious muscle cramps. But if what you have caused repeated pain no matter what you do, and every time you use it, it is time to speak to a doctor.

Final Thoughts On Some Signs A Muscle Cramp Means Something Worse

For the most part, muscle cramps aren’t something to panic about. Usually, they resolve themselves, and pain medication works well for reducing the ache. But when that pain is different from the typical description of a muscle cramp, it’s time to seek help.

If you have any of these 7 signs that a muscle cramp means something worse, visit a medical professional as soon as possible. It’s always better to be safe than sorry! 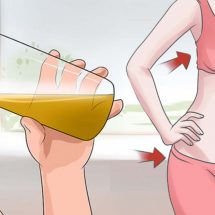 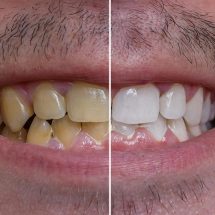 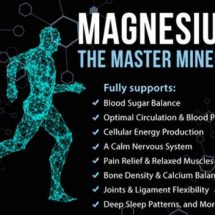