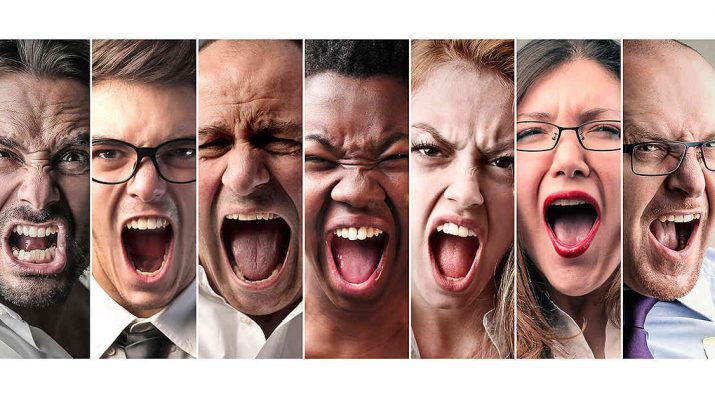 On May 17, 2017, we learned that Chris Cornell of Soundgarden had reportedly committed suicide by hanging. His family reports knowing a different Chris than one who would make this fatal decision, and suspect his anti-anxiety prescription in the altered state he was witnessed to be in the night he died.

Perhaps an “addict turned psychiatric patient”, like so many, Chris Cornell seemed to have left the frying pan of substance abuse for the fire of psychiatric medication risks.

For reasons that remain mysterious, those under the influence of psychiatric medication often specifically choose to hang themselves in their moment of peak impulsivity. Some, like Kim’s husband Woody who was never depressed a day in his life but prescribed Zoloft by his internist, even verbalize a felt experience of his head coming apart from his body in the days before he was found hanged in his garage.

Then there’s 14 year old Naika, a foster child in Florida who hanged herself on a FB livestream after being treated with 50mg of Vyvanse, a drug treatment for ADHD that leads to a domino effect of diagnoses and psychiatric meds including a 13 fold increase in likelihood of being prescribed an antipsychotic medication and 4 fold increase in antidepressant medications than controls.

Are these just rare anecdotes? Is this just the cost of treatment that is helpful for most? Are we blaming medication for what might have been severe mental illness that was undertreated and/or undiagnosed?

I believe first and foremost in informed consent. If you are informed of the risks, benefits, and alternatives to a given treatment, you will be empowered to make the best decision for yourself based on your personal, family, philosophical, and religious life context.

But the truth is that prescribers are not in a position to share the known risks of medications because we learn only of their purported benefits with a short-tagline of dismissively rare risks that are thought to be invariably outweighed by the presenting clinical concern.

But what about serious risks – including impulsive suicide and homicide – surely we are informing patients of that possibility, right?

In fact, the FDA and the pharmaceutical industry have gone to great lengths to conceal multiple signals of harm so we certainly can’t expect your average prescriber to have done the investigative work required to get at the truth.

In fact, from 1999-2013, psychiatric medication prescriptions have increased by a whopping 117% concurrent with a 240% increase in death rates from these medications. So let’s review some of the evidence that suggests that it may not be in your best interest or the best interest of those around you for you to travel the path of medication-based psychiatry.

Because, after all, if we don’t screen for risk factors – if we don’t know who will become the next victim of psych-med-induced violence – then how can we justify a single prescription? Are we at a point in the history of medicine where random acts of personal and public violence are defensible risks of treatment for stress, anxiety, depression, inattention, psychosocial distress, irritable bowel syndrome, chronic fatigue, and even stress incontinence?

Prescribed specifically to “prevent” suicide, antidepressants now come with a black box warning label of suicide risk since 2010. Multi-billion dollar lawsuits like the settlement of Study 329 have been necessary to unlock the cabinet drawers of an industry that cares more about profit than human lives.

A reanalysis of study 329[4] which initially served as a landmark study in 2001 supporting the prescription of antidepressants to children, has now demonstrated that these medications are ineffective in this population and play a causal role in suicidal behavior.

Concealing and manipulating data that shows this signal of harm, including a doubling of risk of suicide with antidepressant treatment, has generated seeming confusion around this incomprehensibly unacceptable risk profile. In fact, a reanalysis[8] of an influential US National Institute of Mental Health 2007 study, revealed a four-fold increase in suicide despite the fact that the initial publication[9] claimed no increased risk relative to placebo.

According to available data – 3 large meta-analyses – more psychiatric treatment means more suicide. Well, that might seem a hazard of the field, right? Where blaming medications for suicide would be like saying that umbrellas cause the rain.

That’s why studies in non-suicidal subjects and even healthy volunteers who went on to experience suicidality after taking antidepressants are so compelling.

Benzodiazepines (like what Cornell was taking) and hypnotics (sleep and anxiety medications) also have a documented potential to increase risk of completed and attempted suicide and have been implicated in impulsive self-harm including self-inflicted stab wounds during changes to dosage.

We also find the documented possibility that suicidality could emerge in patients who are treated with this class of medications even when they are not suicidal with recent research stating, “benzodiazepine receptor agonist hypnotics can cause parasomnias, which in rare cases may lead to suicidal ideation or suicidal behavior in persons who were not known to be suicidal”. And, of course, these medications themselves provide the means and the method with a known lethal poisoning profile[18].

Clearly murderers are mentally ill, right? What if I told you that the science supports the concern that we are medicating innocent civilians into states of murderous impulsivity?

When Andrew Thibault began to research the safety of a stimulant drug recommended to his son, he entered a rabbit hole he has yet to emerge from. After literally teaching himself code to decrypt the data on the FDA Adverse Event Reporting System website, he was able to cull 2000 pediatric fatalities from psychotropic medications, and 700 homicides.

A Freedom of Information Act and a lawsuit later, he continues to struggle with redacted and suppressed information around 24 homicides directly connected to the use of psychotropics including the homicide by a 10 year old treated with Vyvanse of an infant. Another case, ultimately recovered, involved statements from a 35 year old perpetrator/patient, who murdered her own daughter, as directly implicating as “When I took nortriptyline, I immediately wanted to kill myself. I’d never had thoughts like that before”.

To begin to scientifically explore the risk of violence induced by psychotropic medication, a study sample needs to be representative, the reason for taking the drug needs to be taken into consideration, the effect needs to be controlled for, as do any other intoxicants. Professor Jari Tiihonen’s research group analysed the use of prescription drugs of 959 persons convicted of a homicide in Finland and found that pre-crime prescription of benzodiazepines and opiates resulted in the highest risk (223% increase) of committing homicide.

Implicated in school shootings, stabbings, and even the Germanwings flight crash, prescribing of psychotropics prior to these incidences has been catalogued on https://ssristories.org/ leading me to suspect psychiatric prescribing as the most likely cause in any and all reports of unusually violent behavior in the public sphere.

Beyond the cases where violence to self or others was induced in a non-violent, non-depressed, non-psychotic individual, what other evidence is there that speaks to how this could possibly be happening?

The most seminal paper in this regard, in my opinion, was published in 2011 by Lucire and Crotty. Ten cases of extreme violence were committed by patients who were prescribed antidepressants – not for major mental illness or even for depression – but for psychosocial distress (ie work stress, dog died, divorce).

What these authors identified was that these ten subjects had variants to liver enzymes responsible for drug metabolism exacerbated by co-administration of other drugs and substances including herbs. All returned to their baseline personalities when the antidepressant was discontinued.

Now referred to as akathisia-induced impulsivity, the genetic risk factors for this Russian Roulette of violence are not screened for prior to psychotropic prescribing. Akathisia is a state of severe restlessness associated with thoughts of suicide and homicide. Many patients describe it as a feeling-less state of apathy – and what I would describe as a disconnection from their own souls, their own experience of human connection, and any measure of self-reflection.

The genetic underpinnings of this kind of medication-induced vulnerability are just beginning to be explored with the identification of precursor symptoms to violence including severe agitation. In a randomized, placebo-controlled trial, healthy volunteers exhibited an almost 2 fold increased risk of symptoms that can lead to violence. A 4-5 fold increased risk was noted in patients prescribed a generic version of the antidepressant Cymbalta, off-label, for stress urinary incontinence (a non-psychiatric indication)[26].

There is another way

Perhaps it’s as if we are offering the blade edge of a knife to those falling off the cliff of struggle and suffering. Because the idea of managing a chemical imbalance with chemicals seems to make sense. But at what cost? The laundry list of acute and chronic adverse effects is growing, and the unpredictable risk of medication-induced violence should lead to an urgent cessation of all psychotropics.

Because it takes 17 years[27] for physician practice to reflect published science, we need grassroots level information sharing. We need to inform ourselves before we consent to engage a system that regards you as an impersonal statistic.

We live in a cultural context that makes no room for the relevance, meaning, and significance of symptoms – symptoms are simply bad and scary and they must be managed. We don’t make room for patients to ask why they are not ok.

If you knew that your symptoms were reversible, healable, transformable, you might consider walking that path instead of assuming this level of risk for placebo-level efficacy of psychotropic medication. We would only euthanize a “mental patient” if we felt their condition was lifelong and unremitting.

In fact, every woman I have ever tapered off of psychiatric drugs into experiences of total vitality once believed that she would be a medicated psychiatric patient for life. If you knew that radical self-healing potential lies within each and every one of us, if you only knew that was possible, you might start that journey today. It’s side effect free…

Here’s How Much Water Your Body Needs to Lose Weight 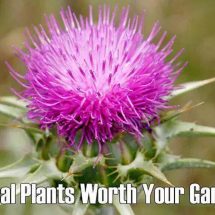 27 Medicinal Plants Worth Your Garden Space 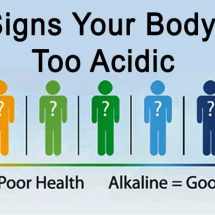