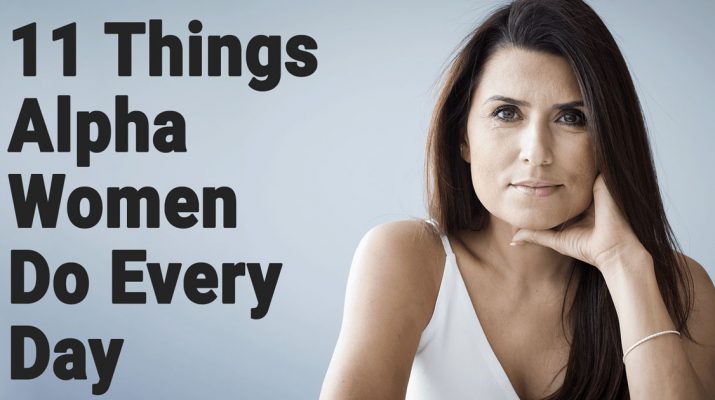 You’ve likely heard of the idea of “alpha men”, but did you know that alpha traits can also be applied to women? Alpha women are the kind of people everyone looks up to. They have admirable traits that allow them to be more positive, and more successful in life. If you identify as a woman, then you’ll want to work on adding these traits to yourself, too. Here are some things alpha women do every day.

Here Are 11 Things Alpha Women Do Every Day

An alpha woman is decisive and ambitious. She knows what she wants and doesn’t spend a lot of time second-guessing herself. Of course, this does not mean that alpha women never have moments when they are unsure. It means they know what direction their life is going to take, and they keep their goals in mind always.

2. … And They Ask For What They Want, Unashamedly.

It’s not usual for women who are assertive to be viewed as overly bossy or just looked upon unfavorably in general. An alpha woman does not allow that to get to her. She is naturally dominant and assertive and does not care if ignorant individuals attach a negative idea to that trait. She knows that the only way to get what you want out of life is by taking steps towards it. Sometimes, that involves asking, firmly, for those things.

3. They Do Not Give Up Easily.

Alpha women know that life is full of trials and tribulations, but that will never stop them from taking risks, learning from mistakes, and fighting to move forward every day. No matter what setbacks an alpha woman faces, she knows she will overcome them and jump those hurdles so she can become the person she wants to be and achieve her dreams. She takes breaks when she needs them, but you can always count on her to be back in her routine quickly.

4. They Do Not Complain.

An alpha woman recognizes that time spent complaining or whining is time poorly spent. When she finds herself in negative circumstances, she immediately takes steps towards fixing and improving those circumstances. This doesn’t mean she doesn’t speak out against injustice or unfair circumstances – she simply refuses to waste her time taking no affirmative action to fix the problems she is facing.

5. They Know Age Is Just A Number.

There is no one who knows this better than an alpha woman. These strong individuals do not view their lives as a limited countdown and don’t feel the pressure of a clock ticking down. Instead, they disregard the idea that their lives must follow some sort of strict timeline. Instead, an alpha woman paves her own way and walks along that path at her own pace, knowing she will achieve her goals in due time and effort.

6. They Aren’t Afraid To Make The First Move.

Traditional values dictate that men need to make the first move in romance, but an alpha woman has no interest in indulging these primitive values. She has no trouble approaching a man in the bar and buying him a drink, and will happily ask a potential partner out. But this doesn’t just apply to romance and sex – it can also apply to jobs, friendships, and opportunities. Basically, what alpha women want, they are willing to take a dominant role to get!

7. They Are Not Afraid To Embrace Their Femininity.

Society often tries to tell us that things traditionally viewed as “feminine” are lame. People laugh at chick flicks, roll their eyes at women dressed in full pink, and nod condescendingly when women talk about loving makeup. Alpha women don’t care about these sorts of things. An alpha woman will be as stereotypically feminine as she wants to be and will embrace what makes her a woman with no qualms.

Passive aggression and mind games get in the way of good communication, and an alpha woman has no time for that. She is not interested in participating in malicious power plays, mind games, and gossip. Instead, she will be open and communicative about her thoughts and needs, and she will listen to the opinions of others so a solution can easily be found. She says what she means and means what she says.

9. They Do Not Belittle Other Women.

It’s all too easy for someone to step on those around them in an effort to rise to the top. An alpha woman not only feels that this is unnecessary, but she actively works against such ideas, especially when this involves her fellow women. She prides herself on her solidarity with other women and seeks to lift them up, not put them down. She will never insult other women – or other people, in general – in order to climb to the top.

Alpha women are perfectly capable of compromise – but they realize they can walk away from any situation if they are being disrespected or treated unfairly. A woman of this stature will demand that those in her life engage in healthy relationships with her, whether those relationships are professional, romantic, platonic, or familial. When they fail to do so, she has no qualms about moving on with her life if she sees no change taking place.

Popular  Beware! These 6 Zodiac Signs Are The Most Deceptive Of All

Ultimately, an alpha woman loves herself and doesn’t care that others may not. We do know, of course, that self-love is a journey, and having difficulty loving yourself doesn’t automatically disqualify you from being an alpha woman. Even the strongest people have their own struggles, after all. But if you’re working on your self-love and positive thinking and are teaching yourself to be happy in your own skin, that’s half the battle won!

Being an alpha woman means being a woman who is strong, independent, and intelligent – and who wouldn’t want to be that woman? By adding these traits into your life, you will be well on your way to becoming the alpha woman you’ve always wanted to be! 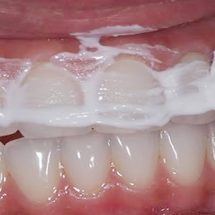 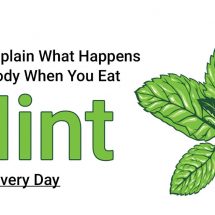 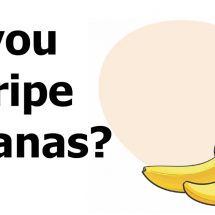