You can’t go a day without hearing about the depression epidemic; whether a friend posts about it on social media, a commercial comes on TV for an antidepressant, or you overhear a conversation at a coffee shop, the veil continues to fall when it comes to mental health.

Obviously, society needs to address this growing problem, but until drastic changes happen, many people face battles of the mind day in and day out. Not everyone makes it through this battle alive, which makes it even more important to talk about depression. Many people don’t get the help they need because of the ongoing stigma surrounding mental illness, but depression is highly treatable.

According to a 2013 study, therapy for depression had a lower rate of relapse than medications in the patients studied. At the one-to-two-year follow-up period, therapy held only a 26.5% chance of relapse while medications had a 55.6% chance. Of course, some people might need both types of treatments. Many also require lifestyle changes such as eating better, exercising, having a good sleep routine, and socializing with friends.

If you suffer from depression, please know that you don’t have to go through it alone. You can reach out to someone you trust for help, but you have to make that first step in order to recover. Also, if you need some perspective from someone who battled depression and made it through to the other side, Jim Carrey offers the advice you might need to hear.

“Every man has his secret sorrows which the world knows not, and often times we call a man cold when he is only sad.” – Henry Wadsworth Longfellow

Jim Carrey’S Beautiful Message For Anyone With Depression:

Despite having monumental success as an actor and comedian, Jim Carrey still suffered from bouts of depression throughout his career. Though he no longer claims to have depression, he did at one point take Prozac to treat his symptoms. However, he said that the medicine made him feel like he lived in a “low level of despair,” and that he would rather not take any mind-altering substance. He even gave up coffee and alcohol because of their effects on the brain.

Here Is One Of His Best Quotes About Depression:

“People talk about depression all the time. The difference between depression and sadness is sadness is just from happenstance—whatever happened or didn’t happen for you, or grief, or whatever it is. Depression is your body saying f*ck you, I don’t want to be this character anymore, I don’t want to hold up this avatar that you’ve created in the world. It’s too much for me. You should think of the word ‘depressed’ as ‘deep rest.’ Your body needs to be depressed. It needs deep rest from the character that you’ve been trying to play.”

Jim Carrey went through a huge spiritual awakening during his career once he realized that money and fame didn’t bring lasting happiness and certainly weren’t the cures for depression. In life, we all essentially spend our time trying to create an identity for ourselves, but few of us seem happy with what we’ve built. Carrey believes that searching for an identity fuels the ego, which can only result in despair and disconnectedness from the universe.

“The Feeling Of Wholeness Is A Different Feeling Than Me-Ness. To Feel Whole, We Must Let Go Of Trying To Maintain An Image Of ‘Me.’ – Jim Carrey

For people who battle depression, this way of looking at life might just provide a cure. Depression makes the sufferer feel worthless, helpless, and detached from life. It can also affect one’s self-esteem and relationships with others. Many people with depression feel trapped in life and lose interest in activities, people, and places that once brought them joy.

Of course, simply detaching from life won’t provide all the answers; however, releasing any expectations about life and just going with the flow can offer some relief for those fighting depression. What would happen if you disconnected from the image of yourself in your head and instead adopted a more carefree approach? This doesn’t mean you should disregard any sense of responsibility, but instead try to find a middle ground.

In Other Words, What You Do In Life Doesn’T Have To Become Your Identity.

You can change whenever you want, like a chameleon, and not get stuck playing the same character over and over again.

Jim Carrey told the news, “At this point, I don’t have depression. There is not an experience of depression. I had that for years, but now, when the rain comes, it rains, but it doesn’t stay. It doesn’t stay long enough to immerse me and drown me anymore.”

People with depression have a hard time separating their thoughts from reality; they can often fall victim to black and white thinking. This means that they view everything as all good or all bad, and can’t see any grey area. However, if you detach yourself from your ego and simply view all of life as an experience, it can help you move through your journey on Earth in a more fluid way.

Carrey sees depression now as just ideas, thoughts in his head. He doesn’t get too wrapped up in believing them or attaching to them; rather, he simply lets them pass like a thunderstorm. It might seem impossible to get to this point. Looking at yourself as a “silent observer” can help bridge the gap. For example, any time you find yourself spiraling into depression, try to detach yourself from your thoughts. Instead, simply observe your reactions and behavior. This will help you recognize unhealthy thinking patterns and see that your thoughts don’t have to rule your life.

You Can Choose Which Ones To Respond To.

Not only does negative thinking contribute to depression, but also this idea that we need something outside of ourselves to achieve happiness. Of course, we’re born into these ideas, which makes it hard to undo this programming after years of exposure. From the get-go, we must learn a bunch of concepts in school that other people have deemed important for our success. Basically, we come into this world already fragmented because society seems to think we need to achieve and compete and keep striving for more in order to feel complete.

However, these ideas only seem to divide us even further.

Jim Carrey himself said, “I believe that I had to become a famous idea, and get all the stuff that people dream about and accomplish a bunch of things that look like success in order to give up my attachment to those things.”

However, Carrey said that after attaining all these material things, he still didn’t truly feel happy. This made him realize that we often go about happiness all wrong: we already have everything we need within us, but we forget about that in our search for it.

So, in a nutshell, don’t go through life without having goals, but remember that you can’t take your accomplishments with you. Try to find that middle ground between taking life too seriously and meandering through it with no direction. Depression can make you feel like you don’t matter and that nothing you do will change your state of mind; however, you can take your power back. You can decide for yourself what life you will create and claim your own slice of happiness.

Don’T Get So Wrapped Up In Creating An Identity For Yourself, Because Putting Yourself In A Box Actually Limits Your Potential.

Instead, see yourself as an infinite being, connected forever with the cosmos and the stars. When you spend life-fighting your ego, you never allow yourself to surrender to the beauty all around you. Give up this idea that you have to become one specific thing. Instead, see where life takes you.

None of us knows the answers to life, but with depression and other mental disorders on the rise, we can realize that we took a wrong turn somewhere. Jim Carrey believes that our individuality might just be at the root of this mental health epidemic and that we need to remember our wholeness and connection to one another.

Maybe we just need to finally come together and remember our similarities rather than keep trying to accentuate our differences.

We know this article might be a lot to digest, but we hope anyone suffering from depression gained some valuable insight. Of course, this advice doesn’t substitute the knowledge and expertise of a licensed professional, so if you feel you need help, don’t hesitate to ask for it. Try to remember during your life journey that this is all just a ride that all of us are going to get off someday. We can either spend our time longing for the ride to end or enjoy it while it lasts; that choice remains up to you. 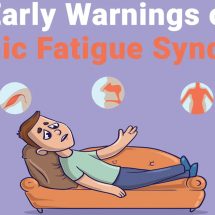 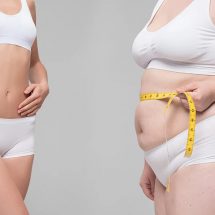 25 Foods to Eat to Lose Weight in Stomach