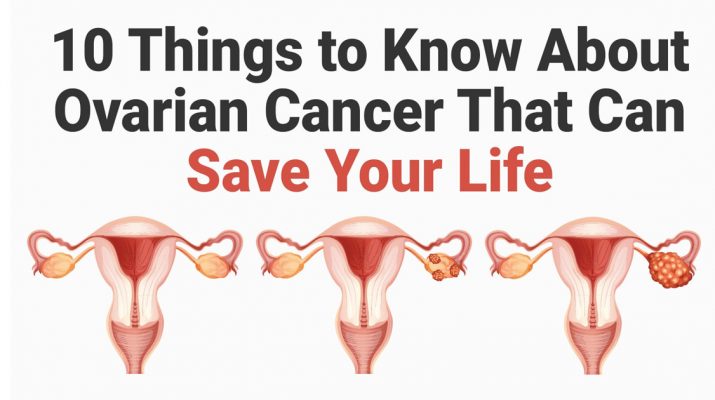 “Ovarian cancer ranks fifth in cancer deaths among women, accounting for more deaths than any other cancer of the female reproductive system.” – The American Cancer Society

What Is Ovarian Cancer?

Ovarian cancer, similar to most cancers, starts with the production and spread of irregular cells, which then spread to form a tumor. When the tumors spread outside of the ovaries, this is known as metastatic ovarian cancer. While believed at one time to develop within the ovaries, recent evidence demonstrates that many types of ovarian cancer originate within the fallopian tubes (more on this later.)

Per the American Cancer Society, in the year 2018:

In this article, we are going to discuss the major points of ovarian cancer – including causes, types, symptoms – and ten things to know about ovarian cancer that may save your life!

Unfortunately, doctors and scientists aren’t sure as to what causes ovarian cancer, though the latest research may provide some insight. Experts now know, for example, that ovarian cancer originates in the ends of the fallopian tubes. Such knowledge paves the way for new and improved research studies and, hopefully, more effective diagnosis and treatment.

While more research is needed, a few promising theories exist as to the cause(s) of ovarian cancer:

The Scoop On Gene Changes

Genetic instructions, e.g. chromosomal DNA, are randomly assigned, which is why you resemble that of a genetic potluck.

Anyways, the point is that our appearance (mostly genes-based), behaviors (genes and environment), and other attributes depend on what genes are given to us and which genes are “expressed” (turned on) or “repressed” (turned off). The same concept applies to an inherited genetic mutation – or “permanent alteration in the DNA sequence … that … differs from most people.”

Ovarian cancer is one of several cancer types where a person can inherit faulty genes, predisposing the person to the condition. Besides inheritance, gene changes can be acquired throughout life, i.e. acquired mutation.

Other cancers that may develop from heritable genetic mutations include:

There are six general types of ovarian cancer, each classified according to the location of the ovary from which cancerous cells originate. These include:

Ovarian teratoma – A rare type of germ cell tumor, teratomas are rare and are diagnosed during the reproductive years. Teratomas mostly affect girls and women in their early 20s. Ovarian teratomas can be either “mature” or “immature”; the former is non-cancerous (benign) while the latter is cancerous.

Peritoneal cancer – Primary peritoneal cancer (PPC) resembles epithelial cancer. The peritoneum is a thin surface tissue that layers the abdomen and abdominal organs, including the bowel and liver. PPC is rare and develops in 5 to 15 percent of women with advanced ovarian cancer.

Here are ten things to know about ovarian cancer that may save your life.

1. There Are Known Risk Factors

Factors that increase one’s risk of ovarian cancer include:

Of all known risk factors, age is the most highly correlated with its development. If you have one or more risk factors for ovarian cancer, please see a specialist.

2. Though Symptoms May Be Evasive, They Last A While

If there is an aspect of ovarian cancer symptoms that distinguish it from more benign conditions, it would be how often they occur. Severe abdominal pain, for example, may occur as often as 12 days out of the month.

Other symptoms that may persist include back pain, constipation, abdominal swelling, fatigue, menstrual changes, and upset stomach.

3. No Reliable Means Of Testing For Ovarian Cancer Exists

Sadly, there is not a single reliable means of detecting ovarian cancer. Ultrasounds and certain blood tests are not effective at finding ovarian cancer in the early stages when it is most critical. In late 2016, the Food and Drug Administration (FDA) advised women against using so-called “ovarian cancer screening tests,” saying that they provide little to no benefit.

4. Genetic Counseling May Be A Good Idea

Genetic counselors work with people to identify heritable diseases, advising them on means of management, prevention, and other issues. A genetic counselor can help determine if you don’t already know, any gene mutations that may increase your risk of cancer.

Many doctors recommend the removal of the fallopian tubes as an effective means of cancer prevention, particularly for women who don’t plan on having more children. The procedure, known as a salpingectomy, may reduce the risk of severe ovarian cancer – that which originates in the distal ends of the fallopian tubes – by up to 65 percent.

Not only are GOs highly qualified, but studies also show that women diagnosed with ovarian cancer achieve much better health outcomes under the supervision of a GO rather than a general surgeon and marginally better outcomes than under the care of a gynecologist.

A 2004 observational study concluded that women undergoing fertility treatments are likely at an increased risk of ovarian cancer. Of the 12,000 patients studied, women with the highest risk were those with endometriosis and primary infertility. Due to the study’s findings, researchers are in the advanced stages of researching the association between endometriosis and ovarian cancer risk.

Adi Davidov, the director of gynecology at Staten Island University Hospital in Staten Island, New York says, “There are multiple studies showing that a low-fat diet can be beneficial” in reducing the risk of ovarian cancer. A diet consisting of fresh fruits and vegetables, lean protein, and plant-based foods may be particularly advantageous.

Maintaining a healthy weight and regular exercise may also reduce the risk of cancers, including ovarian cancer.

Clomid (clomiphene citrate), a prescription medication used to stimulate ovulation, increases the odds of conception in women with fertility issues. Research shows, however, that taking Clomid increases the risk of ovarian cancer. Evidence to this effect is convincing enough that many doctors limit the amount of time they prescribe the medication.

Per a study conducted by the World Ovarian Cancer Coalition, women with ovarian cancer take an average of 13 weeks to visit a doctor upon initial exposure to symptoms. Also according to this study, it takes approximately 37 weeks for women to receive a diagnosis of ovarian cancer.

Symptoms of ovarian cancer often mimic noncancerous conditions, and include:

Of course, you shouldn’t worry about having one of the above symptoms once in a while. However, if you have several of them and they continue without lessening or dissipating, schedule an appointment with your doctor. Certainly, to be forewarned is to be forearmed, as they say. This also applies for adopting lifestyle habits that can reduce the risk of ovarian cancer. Keep a positive mindset as you continue to educate yourself about possible risks in order to maintain a healthy lifestyle. 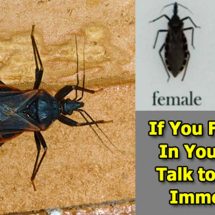 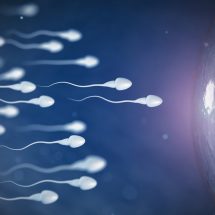 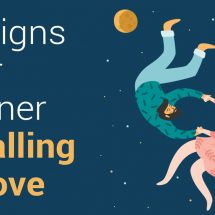 11 Signs Your Partner Is Falling in Love