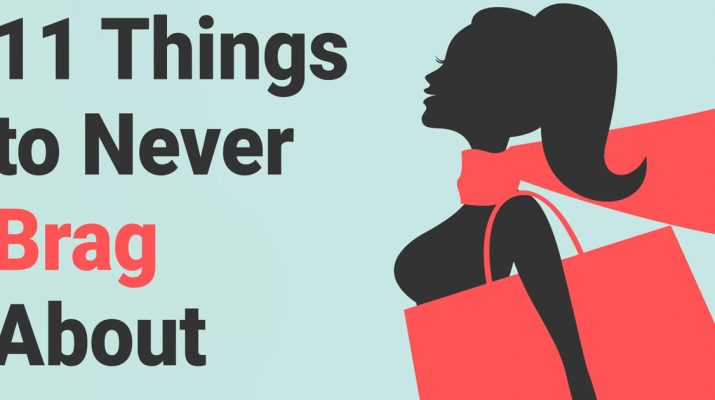 Confidence is when you know you can take action, step up, deliver, and get the job done. Conceit, on the other hand, is a coverup for insecurities and ego, so you tend to brag about yourself. Being boastful, however, isn’t the mark of a truly mature person. Here are several things you shouldn’t brag about because it’s not polite. And, you could turn off people.

Here Are 11 Things To Never Brag About To Other People

“Bragging about yourself violates norms of modesty and politeness – and if you were really competent, your work would speak for itself.” – Adam Grant

1. Your Promotion At Work

If there are a few things to not brag about, one of the most important is your promotion at work. Yes, it is inspiring and positive to see a person take pride in their work. Additionally, if you’re a hardworking person, then you do deserve recognition for your efforts. But the only people that might care about your promotion and your awesome place of work are family members and really close friends who only want you to be happy.

Remember that many people are stuck in a job they don’t particularly like but still have to do because they need to provide for their needs.  Besides, if you tell people you’re doing better now because of your promotion, they might wonder why you don’t offer to pick up the tab at the bar and resent you even more.

2. How You Quit Your Old Job

Sure, your former boss might have been the worst and you might have had your “Jerry Maguire” moment when you marched out of your office with your head held high. But bragging about that time you quit your job isn’t something to boast about, especially in this financial climate. There are plenty of people who cannot afford to quit the way you did, so this is a story you should never go around telling people who don’t know you that well.

3. The Car You Drive

Only teenage boys brag about the car they drive to look cool. It’s “so not cool” for a grown adult to regularly posts photos of their tricked-out vehicles on social media. If you’re in a car enthusiasts group, then it’s fine to share the new audio system or engine you’ve had installed within that circle. However, other people in your network will not understand why you’re always posting photos of your ride.

To them, you’re not being an enthusiast; you’re being boastful. Executive life coach Peggy Klaus’s advice via The Cut is to tweak your social media settings to share your enthusiasm or success to a selected group of people only. In other circles, however, it’s definitely ones of the things to not brag about.

Gloating about your favorite sports team’s recent win can annoy a lot of people. Your great support as a fan might be commendable but realistically speaking, team sports fans can be the worst type of braggarts.

Those who really don’t care about the sport might wonder why you can’t stop talking about the win when you had no direct participation in the victory. Perhaps it’s best to share your pride and happiness only to people who have similar interests as yours so you won’t come off as arrogant.

5. How Many Intimate Partners You’Ve Had

Some people can easily charm their way into striking a liaison with any person they fancy. These are the type of smooth operators who don’t talk about their prowess. A man who boasts about his conquests does not deserve any applause because nobody likes someone who kisses and tells. What happens in the bedroom needs to stay in the bedroom.

6. Your Special Significant Other

Your closest friends and family will be happy you’ve found a lifetime partner, but people outside your immediate circle might find nothing significant about your new girl or new guy. It is wonderful if you believe in how lucky you are for finding such a great person, but it’s not necessary to pronounce this greatness. You’ll diminish your significant other’s worth if you keep telling the world he or she is special when you can simply embrace and enjoy what you have.

7. The Success Of Other People

To be proud of the accomplishments of your children or other family members is natural. To constantly comment about the success of people you’re acquainted with, highlighting the role you played in that success, can be seen as bragging.

If you always emphasize how you know these people or claim to be instrumental to their success, then it’s not their achievements that make you proud. In fact, psychologist Susan Krauss Whitbourne says this behavior violates social norms such as modesty.

8. How Much You Can Handle Alcohol

When you were 15, maybe it was fine to boast about how much alcohol you’ve had without passing out. When you’re an adult, talking about your drinking can be a sign of a serious alcoholism problem and that’s neither healthy nor cool.

Popular  The Power of Onion: Health Benefits of Eating Onions

9. Your Nerd Or Geek Credibility

There was a time when being a nerd or geek meant being a social outcast but today, these types of people are seen as a pretty chill and sophisticated lot. People with nerd or geek credibility are the go-to experts of stuff. You’ve got the movie geeks, the music nerds, the comic book and action figures experts, and so on.

Some of these people, however, sometimes go too far and act like the only people authorized to discuss their favorite topics.  Such a dismissive behavior can be such a huge turn-off, according to experts in a study published in PLOS One.

You’re an upfront person who likes to tell it like it is. You’re not fond of filtering your thoughts because you believe that reality is harsh and the truth should not be sugar-coated. But to remind people and openly say you’re this way is actually telling people you are rude and ill-mannered – not something to brag about.

11. You Did Not Vote In The Last Election

It’s your right not to vote. However, there must be at least one issue that’s important to you such as gun laws, health care, or the environment (even if you think that there wasn’t a good choice for a leader). Boasting that you did not vote might have sabotaged the potential change that can be done for these issues you care about.

Dr. Whitbourne suggests that it’s better to take a self-deprecating stance when sharing the positive things in your life. People will get you more for being happy and proud if you’re not bragging. 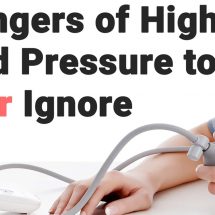 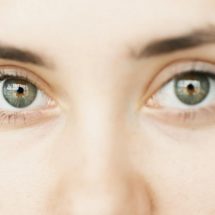 Your Anxiety Craves Sugar (Here’s What to Eat Instead)