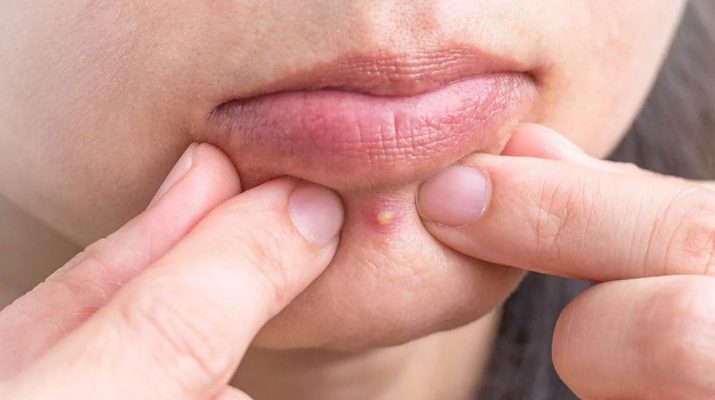 It’s hard to resist the urge to pop pimples when they appear–usually at the most inopportune times. However, dermatologists warn that this is a wrong move for an acne outbreak.

For those who may not already be aware, the skin is the body’s largest organ. It also protects us against changes in temperature, micro-organisms, radiation, chemicals, and much more.

And while it does an excellent job in safeguarding our health and overall wellbeing, the skin is unfortunately prone to acne and other blemishes. Although skin imperfections are not the end of the world, they can quickly take a toll on one’s self-esteem.

As such, when it comes to pimples, specifically, many individuals often try to pop them so that they don’t appear as prominent. And this may seem like a good idea at the time. However, there are many reasons why you should curb the urge to pop pimples, also commonly referred to as acne.

So in this article, we will take a closer look at what happens when you pop pimples and also what you should consider doing as an alternative.

What Happens To Your Skin When You Pop Pimples?

When it comes to pimples, there is a whole lot more to them than what we see when we look in the mirror. The small raised bumps that we consider unsightly are called pustules, and they contain dirt, oil, and other bacteria. The primary role of these pustules is to isolate and prevent these contaminants from affecting other parts of the skin.

If you pop your pimples, the dirt, oil, and other bacteria in the pustules will ooze out, which will reduce the size of the pimple; however, the downside is that these contaminants often seep into other pores in your skin.

In the end, you will likely end up with more pimples than you originally started with in the first place. What’s more, oils, dirt, and bacteria can also transfer from your fingers to the pores in your skin. If this happens, it can lead to scarring as well as infections. In short, popping your pimples will significantly impact your skin’s health and appearance.

How To Get Rid Of Pimples Without Popping Them

Having detailed the consequences associated with popping pimples, let’s turn our attention toward getting rid of them without making matters worse. And yes, it is possible. Some of the more time-proven at-home remedies include the following:

Extracted from the Melaleuca Alternifolia, a tree native to Australia, tea tree oil is an excellent at-home treatment for pesky acne. According to information published by Healthline, an online consumer health information resource, tea tree oil is effective in combating cutibacterium acnes and staphylococcus epidermidis. It is important to note that these two forms of bacteria are the leading cause of skin inflammation and pimples.

A separate study published by the National Institutes of Health revealed that 5 percent of tea tree oil is just as effective in reducing acne as over-the-counter treatments that contain 5 percent benzoyl peroxide. Even more than that, study participants who used tea tree oil to combat acne experienced fewer side effects, such as burning, dryness, and irritation, compared to those who used benzoyl peroxide.

How To Use Tea Tree Oil To Heal Pimples

Having established the fact that tea tree oil is a safe and effective way to resolve pimples, let’s take a look at the steps you will have to take to get the most out of this at-home remedy:

Along with tea tree oil, rose, lavender, clove, and several other essential oils are also effective at resolving pimples.

Along with providing numerous health benefits, green tea can also help reduce pimples due to its antioxidant properties. The same study published by the National Institutes of Health revealed that green tea not only combats inflammation but also impedes the production of sebum and cutibacterium acnes, both of which can contribute to problem skin.

To get the most out of using green tea on your pimples, you will want to do the following:

Much like essential oils, if you are prone to dry skin, it would be a good idea to use a moisturizer after washing the green tea off of your skin.

Using all-natural Aloe Vera is yet another great way to reduce acne without further irritating your skin. Similar to many of the other at-home remedies detailed in this article, Aloe Vera is useful when it comes to fighting the bacteria and reducing inflammation that causes pimples and other skin problems.

And unlike when you pop pimples, Aloe Vera won’t cause scarring or infections as you work toward achieving blemish-free skin. Aloe Vera gel, which contains lupeol, salicylic acid, urea nitrogen, cinnamic acid, phenols, and sulfur, helps fight off bacteria that would otherwise give way to pimples.

How To Use Aloe Vera To Reduce Your Pimples

To get the most out of using Aloe Vera on your pimples, you will want to do the following:

Popular  50 Health Tips That Will Improve Your Wellbeing

When Should You Consider Seeing A Physician?

If you have tried the at-home remedies detailed in this article and find that you’re still struggling with pimples, it would be a good idea to be seen by a physician, preferably a dermatologist. Although it may contradict the information in this article, a dermatologist will pop pimples to reduce their size and improve the health of your skin. However, they do so without further damaging the skin.

To treat pimples, a dermatologist will wear gloves to help minimize the risk of infecting the skin. They will then lance the bump using a sterile needle before removing the dirt, oil, and other bacteria with a comedone extractor.

For those who are unfamiliar with them, comedone extractors are small metal tools that can force out the contents of a pustule without damaging the surrounding skin. Depending on the type of pimples a patient has, physicians will use one of the following comedone extractors:

How To Lower Your Chances Of Getting Pimples

The best way to avoid feeling tempted to pop pimples is by taking steps to reduce your chances of developing them. Some of the things that you can do to keep your skin healthy and blemish-free include

Some research indicates that individuals who consume large amounts of milk, cheese, and other dairy products are more likely to develop pimples than those who do not.

Not surprisingly, stress can take a toll on your mental health; however, it can also affect your skin and overall physical health as well. Studies show that there is a definite correlation between high-stress levels and pimples. That said, it is a good idea to find ways to keep stress to a minimum by taking calming baths, exercising, or meditating.

Considering how many times we touch our face with our hands, it is a good idea to keep them clean. After all, regular hand washing can significantly lower the risk of transferring oil, dirt, and bacteria from your hands to your face, which can lead to clogged pores and pimples.

Although there are other things that you can do to minimize your chances of getting pimples, those listed in this article are the ones frequently recommended by dermatologists.

Furthermore, should you decide to pop pimples despite your new knowledge, you should wash your hands before doing so!

Bottom Line On Curbing The Urge To Pop Pimples

In summary, it is never a good idea to pop pimples as doing so can do more harm than good. Instead, you should follow the recommendations in this article for effective at-home treatments that will help you get rid of them. Of course, if you’re struggling with severe or stubborn pimples, it would be in your best interest to schedule an appointment with a general physician or dermatologist. 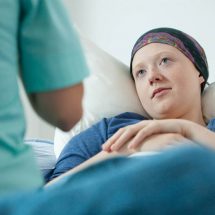 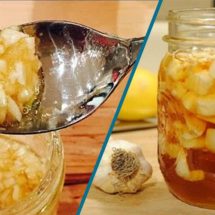 A Mixture of Garlic, Honey, and Apple Cider Vinegar for Many Health Benefits