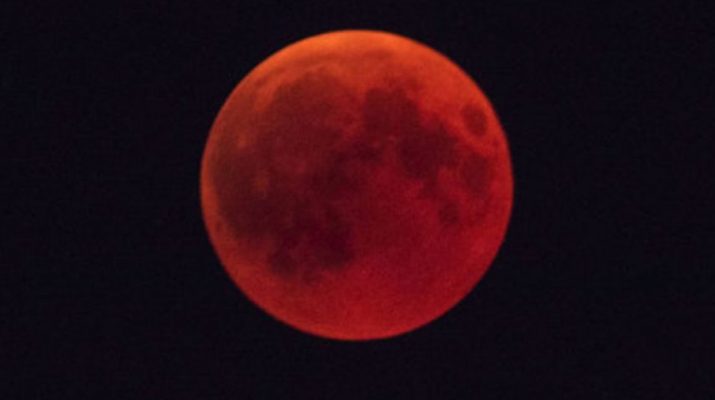 Here we are again, 19 days into the new year and the world is ending. To be fair it couldn’t have come at a better time. We’ve stuffed ourselves with enough meat to fill a butchers and drank copious amounts of booze because, well, Christmas.

January is the time to do all the things you dread but hope will make you feel better in the long run. Veganuary, dry January, Januhairy – the dreaded gym. Fuck, bring on the end of the world. Please.

The rare super wolf blood moon is supposed to appear on January 21 – only eight more days, folks, hang on in there and cancel that membership.

Because with this special moon, which we only see 28 times in a century, comes many Christian conspiracy theorists telling us that this is an urgent warning sign of biblical prophecy coming true.

Just like the Bible said that the river Nile would dry up then? Because that came true, didn’t it?

One of the best known apocalyptic books published about this significant event is ‘Four Blood Moons: Something is about to change’.

Author, John Hagee suggests that the blood moon could be a fulfilment of biblical prophecy, as reported by The Sun.

Hagee wrote that the red disks of the moon during the full eclipses are referred to in the book of Joel 2:31: “The sun will be turned into darkness, and the moon into blood, before the great and terrible day of the Lord come.”

Apparently, acts 2:20 echoes the same: “The sun shall be turned into darkness, and the moon into blood, before the great and notable day of the Lord.”

According to the Daily Express, one of the main supporters of the Blood Moon prophecy is Evangelical preacher Paul Begley from West Lafayette in Indiana, US.

Issuing a ‘prophecy alert’, pastor Begley said: “The anticipation of this absolute event of a biblical nature is about to happen. Yes. To answer your question, ‘is the Super Blood Moon an apocalyptic sign of the doomsday for mankind?’

“Is it coming? Yes, but it doesn’t have to be you. This is a sign in the heavens right over America and America plays a major role with Israel, and here we are about to bring the Middle East a peace agreement.”

Funnily enough, July’s blood moon was supposed to ‘bring the end of the world’ and look at us all, still alive and kicking.

It would have been a catastrophe back in July, what with the heatwave we experienced.

Anyway, I’m pretty sure we’ll all still be here on January 22, alarm clocks raging. Oh boy what a dick I’ll feel if we’re not. Good luck. 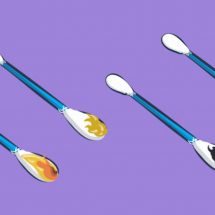 The Color of Your Earwax Indicates the State of Your Health 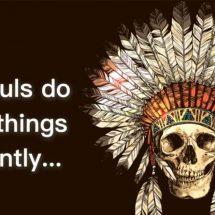