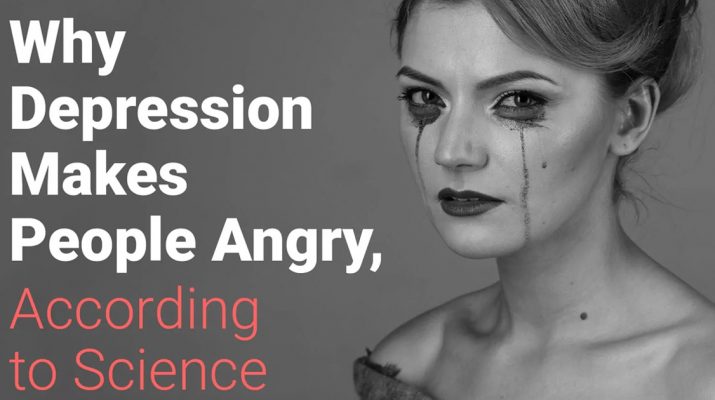 According to the World Health Organization (WHO), over 300 million people worldwide suffer from depression. It is the leading cause of disability globally and, at its worst, can lead to suicide. However, there are effective treatments for depression, including prescription medications and therapy. Common symptoms include:

You might notice that anger isn’t on the list of common depression symptoms, but some sufferers do become angry as part of their disorder. In this article, we will go over why exactly people with depression might feel angry, and how they can deal with this feeling.

The Role Of Anger In Depression

“I’m exhausted from trying to be stronger than I feel.” – Unknown

According to an article on the National Center for Biotechnology Information website, depression is much more than just sadness. Some people with depression do present with overt or suppressed anger. Pharmacological treatment can help greatly with depression, but medication doesn’t really address anger associated with depression.

However, cognitive-behavioral therapy (CBT) has been known to be effective in both depression and anger management. Still, it isn’t often used in cases where anger is a symptom of one’s depression. Several clinicians have posed that difficulties in dealing with anger play a role in the onset and persistence of depression, and the illness has been described as a “kind of self-directed anger.”

This makes sense because many people with depression suffer from low self-esteem and poor self-image, and these feelings can lead to a lot of internal anger.

However, people who have depression are often not just angry with themselves; they are angry with the world. Depression sufferers tend to have a negative worldview, which can lead to feelings of rage due to not being able to change the global challenges we all face.

Depression And The Fight-Or-Flight Response

In a sense, depression occurs when people begin to lose hope in the world and feel that they cannot make a difference. This can sometimes lead to apathy and sadness, but it can also lead to anger. When someone on Quora asked “Is getting angry when I feel sad normal since I have depression?” Tracy Jensen, a Quora user, answered it perfectly:

“Humans are biologically predisposed to respond to stress with a fight or flight response. Stress can be almost any form of threat, from actual fear, to something that makes us feel vulnerable. Sadness is a very vulnerable feeling. Often with depression, the response can be to withdraw, which is on the “flight” side. But it is very normal to become angry instead. This is the “fight” response. You see the same thing happen when someone hurts your feelings. It is painful, but being hurt/sad is a vulnerable response, and often anger, the more powerful response, takes over.”

So, getting angry could be our natural fight response to depression. Sometimes, people with depression feel so fed up with themselves and the world that they decide to lash out, either verbally or physically. In fact, Sigmund Freud used to conceptualize depression as anger turned inward.

Clinical psychologist Lisa Firestone has worked with depression patients for over 30 years and witnessed the common struggle her clients face when it comes to dealing with anger. She says that many of her patients don’t recognize the negative way they treat themselves and that they are more critical of themselves than they are of others.

Dr. Firestone goes on to say that people with depression usually have “critical inner voices” that make them feel even more unworthy and shameful. In other words, they have to fight with their minds every single day, which can cause them to lose the battle against this condition. The “demons” within the mind of a depression sufferer can make a person get angry and lash out against themselves and others.

There are two types of anger: maladaptive and adaptive anger. Adaptive anger motivates you to take action against something that causes you pain or suffering. For example, if you recognize the harsh inner critics in your mind and express that anger through a creative outlet, you are doing something to direct and respond to that anger.

However, maladaptive anger can lead a depression sufferer to sulk and draw inward. Firestone believes this response occurs because of traumatic experiences in our past.

In other words, a person suffering from depression might become angry due to not knowing the right ways to express their anger. Maybe their parents didn’t teach them how to deal with their emotions, or maybe the parents had anger issues themselves that they directed at their children. This might’ve led the children to hide their emotions as an act of survival.

One 2016 study found that anger as a symptom of emotional disorders has “negative consequences, including greater symptom severity and worse treatment response.” Researchers concluded that “based on this evidence, anger appears to be an important and understudied emotion in the development, maintenance, and treatment of emotional disorders.”

How To Cope With Becoming Angry Due To Depression

As you can see, depression is a complex illness and can be caused or exacerbated by a variety of situations and experiences. In Dr. Firestone’s therapy sessions, she gets people to understand their self-directed anger by having them address themselves in the second person.

The client will verbalize their thoughts so they can start to get insight on where these thoughts come from and become an observer of their thoughts rather than the instigator.

She says talking to themselves in the second person shows them how it would feel if someone else were telling them the negative thoughts, and helps them have more self-compassion. Externalizing the negative thoughts and anger can help us to have a more compassionate stance toward ourselves and begin seeing ourselves as a friend rather than an enemy.

However, this doesn’t mean we should be in denial about our problems, but rather, start to embrace self-love as a way of dealing with our problems.

The Importance Of Self-Compassion

So, one way of dealing with feeling angry due to depression is to analyze your negative self-directed thoughts and figure out where they come from. Then, begin seeing yourself as a friend, and think about how you would feel if a friend spoke poorly of you. As you start to develop a real friendship with yourself and practice self-love and compassion, you’ll notice the negative thoughts start to die down.

This doesn’t mean you should deny your emotions. Rather, try to detach yourself from your thoughts and become an observer of them. This will show you that your thoughts don’t have as much power over you as you might’ve thought previously.

Other Ways Of Coping With Anger

In addition to self-compassion, there are a few ways to channel anger:

Feeling angry due to depression is normal, though it is less commonly talked about than other symptoms of depression such as a persistent feeling of sadness and fatigue. Anger is a natural response to stress. When your body is in “fight” mode, it wants to find a solution for that feeling. Listen to your body and figure out the source of the stress.

Denying your feelings or trying to hide them will only make the symptoms worse. Bottling it all up will likely lead to an explosion of emotions later on. Self-compassion, exercise, journaling or some other creative activity, and talking to a loved one or therapist can help you figure out why you feel angry. These steps can also aid you in learning how to cope. 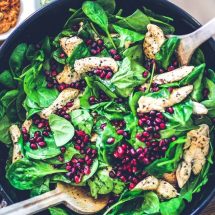 The Ultimate Thyroid Food Guide: The Best And Worst Foods For Thyroid 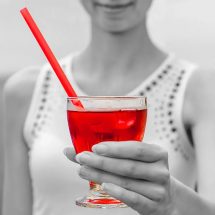