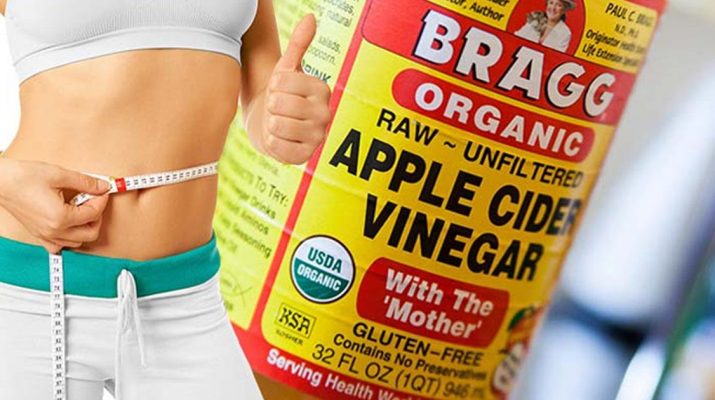 Apple cider vinegar is one of those substances that target the weight gain problem holistically, and it provides you with a long-term solution.

This article will help you understand how apple cider vinegar works to encourage weight loss and how to use it as part of your daily diet. I am also going to look at what the research says about the connection between apple cider vinegar and weight reduction.

The most interesting study on how apple cider vinegar helps with weight loss was published in 2009 in the Bioscience, Biotechnology and Biochemistry journal.

The scientific study found that adding 2 tbsp. of vinegar (such as apple cider vinegar) to your diet for just three months can cause significant weight loss. According to the study, apple cider vinegar can also help you lose abdominal fat (belly fat), reduce waist circumference, and decrease blood triglycerides.

The bottom line is that you just need to consume 2 tbsp. of apple cider vinegar in your diet to help you lose weight and body fat.

How Does Apple Cider Vinegar Help You Lose Weight?

Apple cider vinegar is made from crushed apples, then distilled and fermented. The result is a liquid that is high in acetic acid.

One medical research that proved that empirically was a 2005 study published in the European Journal of Clinical Nutrition. Subjects who ate bread with vinegar felt significantly fuller than their counterparts who were fed only bread. The more acetic acid (the primary constituent of vinegar) the participants ingested, the fuller they were.

Apple cider vinegar prevents uncontrollable sugar spikes and crashes that make you want to nibble between meals. When your blood sugar is stable, it’s much easier to stick to your diet and eat only when your body needs it.

The previously mentioned study also measured blood sugar levels in the vinegar-fed and control group. Participants who were given ACV had significantly lower post-meal blood glucose levels (there was no spike that usually follows a meal high in carbohydrates). Furthermore, those who consumed a higher dose of vinegar, benefited from the effect even 90 minutes after eating.

For more information, please read my article on how to use apple cider vinegar for diabetes.

You can get more information on how to naturally control blood sugar in my articles about the best foods to control diabetes, and 7 effective steps to prevent diabetes.

There aren’t many human studies that would support this explanation. A Japanese study published in 2009 was observing the effects of acetic acid on rats that were fed a diet high in fats. The scientist concluded that the consumption of acetic acid (which is found in ACV) suppressed fat accumulation. ACV can also help you to reduce cholesterol.

Insulin affects fat storage. This hormone is closely linked to blood sugar levels and its secretion is disturbed in people suffering from type 2 diabetes. Scientists suggested that ACV might work in a similar way to some diabetic drugs and could have a potential in controlling diabetes. If you suffer from type 2 diabetes, make sure to consume these foods and these spices.

5. Apple cider vinegar (ACV) may help with detoxification and digestion

It’s important for your body to get rid of toxins. A medical study found that apple cider vinegar can be beneficial for treating oxidative stress.

There is some evidence suggesting that vinegar consumption could help with gastroesophageal reflux, irritable bowel syndrome, and hypochlorhydria (low stomach acid). However the results are not conclusive.

What Type of Apple Cider Vinegar Should You Use for Losing Weight?

When using apple cider vinegar for weight loss, and to get the most health benefits, it’s important to get ACV that hasn’t been processed and is still in its “raw” form.

Raw unprocessed apple cider vinegar still contains the “mother” which is the cloudy bits that should be floating around the liquid, and retains many of the health benefits of ACV.

Use organic apple cider vinegar in your diet

Since apples are heavily sprayed with pesticides (apples were at the top of the list of the fruits and veggies with the most pesticides) you need to buy raw, unprocessed, unfiltered and organic apple cider vinegar to enjoy the full health benefits.

Any brand of ACV that is unpasteurized, unfiltered and organic can be used for weight loss.

You don’t need to worry that the ACV is not pasteurized since the high acidity level is high enough to kill bacteria such as E.coli. But just remember that many doctors recommend pregnant women to avoid consuming any unpasteurized foods to reduce the risk of foodborne illness that could potentially harm the baby.

One of the most well-known organic ACV brands is Bragg which can be purchased online, in many supermarkets and health food stores. Lots of people like to use Bragg apple cider vinegar with the mother for weight loss because it’s a well-known brand and they even use the term “bragg’s vinegar diet“. But as I mentioned earlier, you can use any brand of ACV as long as it’s unpasteurized, unfiltered and organic.

How to Take Apple Cider Vinegar To Lose Weight

According to the study about using the apple cider vinegar diet you should:

If you are not used to the taste and effects of apple cider vinegar, you might want to include it into your diet gradually.

Do You Need to Add Honey to the Apple Cider Vinegar Weight Loss Water?

Some find the taste of vinegar difficult to stomach. To improve the flavor of the ACV drink, you can add a bit of honey to your vinegar serving.

The combination of honey and ACV has many health benefits which you can read about in my article about the 16 health benefits of apple cider vinegar and honey, or you can drink it with your tea. Wait for the tea to cool a bit before adding the ACV and honey and drink. You can also have vinegar with your meal.

How to Use Apple Cider Vinegar in Your Diet

Here are a few tips on how to include apple cider vinegar in your diet to promote weight loss:

Apple cider vinegar goes very well with some soups, especially in long-simmered bean soups or rich meat-based soups. Just remember to add the ACV to the soup once it has cooled down to prevent nutrient loss due to high heat.

You can also use ACV as a refreshing salad dressing with olive oil – it has surprising health benefits.

You can also use ACV for pickling vegetables, or you can simply mix it with water or herbal tea and drink it.

When and How Often Do You Need to Drink Apple Cider Vinegar Water for Weight Loss?

To kick start the metabolism and influence the feeling of fullness, some believe that it’s best to drink apple cider vinegar water about an hour before your meal to improve digestion and help you lose more weight.

Whatever is suitable for you, you can consume it 2 – 3 times a day but don’t exceed the recommended amount of about 2 tablespoons per day. If you feel any burning sensation in your stomach or nausea, you can reduce the amount of ACV or try not to drink it on an empty stomach.

Some people also recommend taking a break every now and then from consuming ACV to give your body a break so they take a week or two off after every few months.

Does Apple Cider Vinegar Consumption Has Side Effects?

Apple cider vinegar is generally safe to consume. However, as with all natural remedies and traditional treatments, there are some precautions you should take.

What is the maximum amount of ACV consumption?

Consumption of too much ACV can cause low potassium levels and may lead to osteoporosis.

Can you drink ACV by itself?

You should always dilute apple cider vinegar. It is very acidic and can burn the tissues in your mouth and throat so always dilute the ACV with water. As I mentioned previously, acidic foods such as ACV can weaken tooth enamel. To prevent this happening, rinse your mouth with a glass of water after drinking a glass of diluted ACV or drink it with a straw. It’s also a good idea to avoid brushing your teeth immediately after you drink the apple cider vinegar weight loss water.

Does Consumption of ACV interfere with medications?

Apple cider vinegar is seen as a superior choice due to its all-encompassing health benefits. It cleanses the body and it also has anti-microbial properties. Not only does ACV help with weight loss, it also has a positive effect on some other conditions.

Can You Lose Weight by Taking Apple Cider Vinegar Pills or Tablets?

It’s good to remember that the FDA does not control supplements such as ACV tablets and you cannot be sure about their actual content. In fact apple cider vinegar capsules may not contain as much ACV as what it says on the label. In addition, some of the beneficial nutrients in liquid apple cider vinegar could be destroyed during the manufacturing process of the supplements.

The Journal of the American Dietetic association reported on 2005 about esophageal injury caused by apple cider vinegar tablets, and subsequent testing of eight apple cider vinegar tablet products. The tests found considerable inconsistency and inaccuracy in label claims regarding recommended dosages, pH and acid content, casting doubt as to whether ACV was in fact an ingredient in the tested products.

You also need to be aware that the study published in 2009 in the Bioscience, Biotechnology and Biochemistry journal, did not test the effect of ACV pills on weight loss but rather the effect of liquid apple cider vinegar. It is therefore best to consume liquid apple cider vinegar diluted with water if you want to get the best weight loss results. If the acidic taste bothers you, you can add a little bit of honey to improve the taste.

A lot of people became interested in garcinia cambogia after Dr. Oz spoke about it on his show. He used terms for garcinia cambogia supplements like “fat buster,” “holy grail of fat loss, and “it can increase weight loss by 2-3 times.”

Many people claim that mixing garcinia cambogia and apple cider vinegar together may help you lose weight quicker.

What To Expect When Taking Apple Cider Vinegar (ACV)?

The apple cider vinegar diet will not provide you with a quick weight loss results. You’ll lose weight and fat gradually and not overnight. Don’t be impatient and allow it some time. Sometimes losing just one pound a month and not re-gaining it afterwards, can be the real success.

How to increase weight loss with the apple cider vinegar diet

How fast you’ll lose weight depends on other factors as well, such as your exercise, nutrition, stress and genetic factors. For best and fastest weight loss effects, you need to combine the consumption of the apple cider vinegar water with other techniques for losing weight, so the function of vinegar gets supported with lifestyle changes.

There are ways to make your apple cider vinegar diet work faster:

The following things will help you lose weight faster: 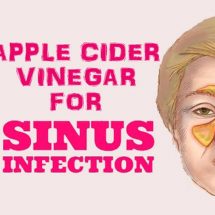 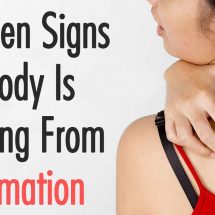 7 Hidden Signs Your Body Is Suffering From Inflammation 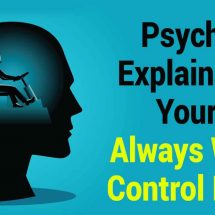 Psychology Explains Why Your Brain Always Wants Control In Life