A new study reveals that a commonly consumed painkiller, wrongly considered “harmless” by millions, is probably causing thousands of deaths from cardiac arrest each year.

According to the Sudden Cardiac Arrest Foundation, sudden cardiac arrest (SCA) is a leading cause of death among adults over 40 in the United States and other countries, with about 326,200 people experiencing an out-of-hospital SCA each year in the US alone; nine of 10 victims of SCA will die.

Suprisingly, however, the causes of SCA are still widely considered unknown. Instead, the medical profession opts for pointing the finger at vague risk factors, such as family history, previous heart problems, or elevated LDL cholesterol (a long debunked surrogate marker for heart disease.)

But what if something so obvious and preventable as the consumption of NSAID drugs could be contributing to this health epidemic?

In a concerning press release issued by the European Society of Cardiology, entitled “‘Harmless’ Painkillers Associated with Increased Risk of Cardiac Arrest”,2researchers warn that painkillers considered harmless by the general public are associated with a significantly increased risk of cardiac arrest.

The report was based on a study entitled “Non-Steroidal Anti-Inflammatory Drug Use Is Associated With Increased Risk of Out-Of-Hospital Cardiac Arrest: A Nationwide Case-Time-Control Study”, which was published in the March issue of European Heart Journal – Cardiovascular Pharmacology.

Professor Gunnar H. Gisalson, one of the lead researchers explained in interview:

“Allowing these drugs to be purchased without a prescription, and without any advice or restrictions, sends a message to the public that they must be safe.”

“Previous studies have shown that NSAIDs are related to increased cardiovascular risk which is a concern because they are widely used.”

The study looked at a total of 28,947 patients who experienced an out-of-hospital cardiac arrest in Denmark over the course of a decade. Heart attack differs from cardiac arrest in that the former involves damage to the heart when the blood supply stops (usually through the obstruction of circulation), whereas the latter involves damage from the heart itself stopping. 3,376 of these were treated with a non-steroidal anti-inflammatory drug (NSAIDs) up to 30 days before the event. The most common NSAIDs used were ibuprofen (51%) and diclofenac (22%).

Professor Gisalson remarked on these findings:

“The findings are a stark reminder that NSAIDs are not harmless. Diclofenac and ibuprofen, both commonly used drugs, were associated with significantly increased risk of cardiac arrest. NSAIDs should be used with caution and for a valid indication. They should probably be avoided in patients with cardiovascular disease or many cardiovascular risk factors.”

This is not the first time that ibuprofen’s profound cardiotoxicity has come to light. We reported on the subject five years ago in an article entitled “Ibuprofen Kills Thousands Each Year, So What Is The Alternative?“, following a 2013 Reuters article that opened with the stunning sentence: “Long-term high-dose use of painkillers such as ibuprofen or diclofenac is ‘equally hazardous’ in terms of heart attack risk as use of the drug Vioxx, which was withdrawn due to its potential dangers, researchers said.”

Needless to say, we strongly agree with Professor Gisalson’s closing interview remarks when he says:

“The current message being sent to the public about NSAIDs is wrong. If you can buy these drugs in a convenience store then you probably think ‘they must be safe for me’. Our study adds to the evidence about the adverse cardiovascular effects of NSAIDs and confirms that they should be taken seriously, and used only after consulting a healthcare professional.”

Keep in mind that other common pain-killers, such as aspirin and acetaminophen (Tylenol), also have devastating side-effects that are commonly underreported or minimized. You can read some previous writings on the topic:

Natural Alternatives That Don’t Have Killer Side Effects Exist

Given the clear evidence that pharmaceutical pain-killers have profound, even life-threatening side effects, natural alternatives should be researched and implemented. At GreenMedInfo.com we have a number of database sections that should help move the paradigm forward. 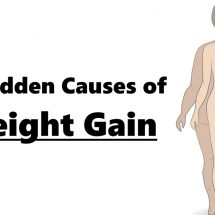 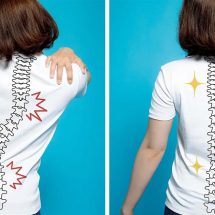 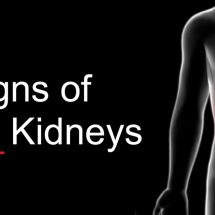