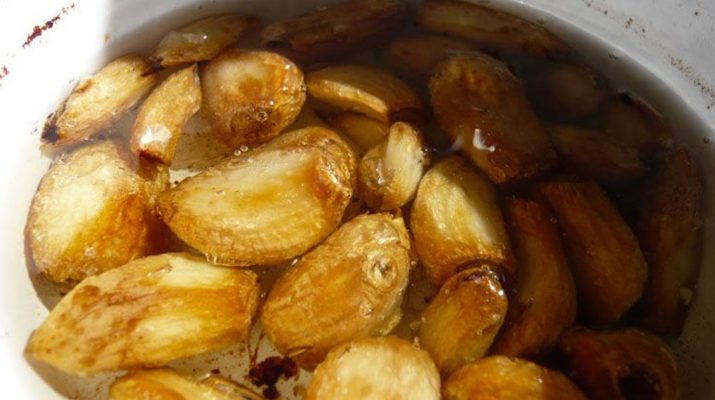 The ginger-garlic soup we suggest today is one of the most powerful natural remedies against any virus, colds, and the flu.  Garlic is the most potent natural antibiotic on the planet, with a myriad of medicinal properties.

According to Daily Mail:

“Garlic contains two key compounds, a sulfur-rich amino acid called allicin, and a protein-based enzyme called alliinase. The clove has no smell until you slice or crush it, allowing the compounds to mix and form a third compound, called allicin.

Allicin is a volatile compound that survives for just a few hours. It is a powerful natural antibiotic — about one-fiftieth as powerful as penicillin — and also has anti-fungal and anti-viral properties. Allicin exists only in raw garlic. Cooking kills it and causes it to decay into other compounds which are less effective.”

“Garlic also contains about ten different kinds of natural sugars, including fructose, glucose, and insulin, as well as relatively high levels of the trace minerals copper, iron, zinc, tin, calcium, manganese, aluminum, germanium, and selenium. The level of selenium in garlic is higher than in almost any other plant.

Garlic works inside the body by promoting the ability of white blood cells to fight infections, and by stimulating other immune cells which fight viral and bacterial infections, as well as cancer.”

Garlic has been valued as a natural remedy since ancient times. In ancient Egypt, it was used to treat 22ailments, while the ancient Greeks used it for everything, from curing infections, and lung and blood disorders to healing insect bites and even leprosy. The Roman soldiers took it to boost their endurance.

From the Middle Ages on, it has been commonly used to prevent infections and treat wounds.

“From Roman antiquity through World War I, garlic poultices were used to prevent wound infections. The famous microbiologist Louis Pasteur performed some of the original work showing that garlic could kill bacteria.

In 1916, the British government issued a general plea for the public to supply it with garlic in order to meet wartime needs. Garlic was called Russian penicillin during World War II because, after running out of antibiotics, the Russian government turned to this ancient treatment for its soldiers.”

Washington State University found that garlic is 100 times more effective than two of the most popular antibiotics at fighting disease- causing bacteria that lead to foodborne illness.

“This chemical has been known for a long time for its anti-bacterial and anti-fungal powers. Because of this, people assume it is going to boost their immune systems. Lots of people are simply mashing up garlic, mixing it with olive oil and spreading it on bread. But how or whether it may actually work has still not been proven categorically.”

The major investigation by the respected global research organization, the Cochrane Database, showed that the intake of garlic during winter cuts the duration of the symptoms of colds.

Yet, major pharmaceutical companies are not interested in the investigation of the possible beneficial effects of garlic, since the findings will surely drastically lower their incomes.

Scientists at the University of Florida found that the consumption of garlic can strengthen the immune system and fight viruses by boosting the number of T-cells in the bloodstream.

When it comes to the best way to prepare garlic, there are two schools of thought: while Argentinian investigators found that baking releases the allicin-type compounds in garlic, scientists at South Carolina Medical University maintain that peeling garlic and letting it sit uncovered for 15 minutes produces the highest levels of infection-fighting compounds.

The following soup contains potent cold-preventing and virus-killing qualities, so it will drastically boost your immune system, and keep you safe during the season of colds and the flu.

Preheat the oven to 350F, and in a small glass baking dish, mix the 26 garlic cloves, 2 tablespoons olive oil and some sea salt. Cover with foil and bake for about 45 minutes, until garlic softens and becomes golden brown. Then, cool, and squeeze it between fingertips to release cloves. Transfer the cloves to a smaller bowl.

In a large saucepan, melt the butter over medium-high heat, and add the ginger, onions, thyme, and cayenne powder. Cook for about 5 minutes, until the onions become translucent.

Add the roasted garlic and 26 raw garlic cloves. Cook for 3 minutes, pour the vegetable broth, cover, and simmer for 20 minutes. Next, pour the coup in the blender and blend until it becomes smooth.

Popular  9 Easy Stretches to Release Lower Back and Hip Pain

Then, return it to the saucepan, add the coconut milk, bring to simmer, and season with sea salt and pepper.  Before you serve it, squeeze the juice of 1 lemon wedge into each bowl. Enjoy! 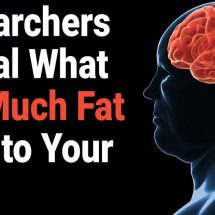 Researchers Reveal What Too Much Fat Does to Your Brain 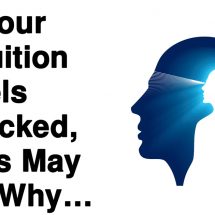 If Your Intuition Feels Blocked, This May Be Why… 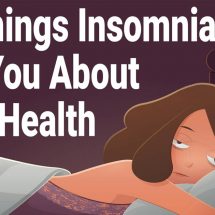 10 Things Insomnia Can Tell You About Your Health