“Oxygen is one of the most abundant elements in the universe. It’s a bit ironic, then, that people with breathing problems can’t seem to get enough of it.” –  Deborah Leader RN, BSN, PHN

Breathing is an involuntary action that our bodies do whether or not we’re conscious of doing it. That means that we have to actively force ourselves not to breathe, rather than the other way around. Our bodies need oxygen to survive, not only to keep us breathing, but to circulate oxygen through our blood, which then circulates oxygen to all of our vital organs, our cells, and the tissue in our bodies.

When our blood doesn’t have enough oxygen, it’s called hypoxemia.

“Hypoxemia can be acute, occurring suddenly because of an emergency situation, or chronic, taking place over time because of a long-term health condition like COPD,” adds Deborah Leader RN, BSN, PHN.

Whether or not a low level of oxygen in the blood is causing extreme problems, there are still ways to tell when your blood isn’t getting the level of oxygen that it needs.

Here Are Five Signs Your Blood Does Not Have Enough Oxygen

A common sign of having low oxygen levels in your blood is getting weak or dizzy more quickly than normal. Most people have experienced standing up too quickly and getting dizzy or their vision blacking for a short moment. However, people who don’t have enough oxygen in their blood often find that this happens on a daily basis, during any level of light or strenuous activity.

Family physician Dr. D. Love states, “The muscle can burn fuel without oxygen for a limited period of time, but it cannot be maintained indefinitely. Therefore, chronically low oxygen levels will cause muscle weakness. It would be unusual that a low oxygen level will cause muscle weakness as a sole symptom; it would be expected that there would also be shortness of breath.”

Since your blood carries oxygen all throughout your body, getting weak or dizzy quickly is a sign that your blood isn’t carrying enough oxygen to all the places that it needs to go.

Chronic fatigue is a major sign that your body isn’t getting the oxygen that it needs in its blood. There are different types of feeling tired, but fatigue that is associated with hypoxemia is chronic and never-ending.

According to an article on Healthline, medically reviewed by Dr. Graham Rogers, “Without the proper exchange of gases, your body can’t get the oxygen it needs. Over time, you will develop low blood oxygen levels, a condition called hypoxemia. When your body is low on oxygen, you feel tired. Fatigue comes more quickly when your lungs can’t properly inhale and exhale air.”

People often report feeling exhausted halfway through the day, and no amount of sleep seems to be helping. Getting tired more quickly than others, or more quickly than you used to, is also a sign that your blood isn’t getting enough oxygen.

Feelings of anxiety are often categorized by a racing or fast-beating heart. This is a sign that your heart is working hard to get oxygen to all the places that it needs to go inside of your body because there isn’t enough of it. If you’ve never experienced anxiety symptoms before and your body has started to exhibit a racing heart without other anxiety symptoms, it might be due to a low level of oxygen in the blood.

Ever get a pounding head after holding your breath? Many people experience headaches, and they can vary in severity. By themselves, headaches aren’t a worrying sign of lack of oxygen in the blood. But paired with confusion, dizziness and lack of coordination, headaches can be a sign that your body isn’t circulating the amount of oxygen that it needs.

“Your brain needs a certain amount of blood flow and oxygen to run efficiently and for us to feel healthy, and if that mechanism is damaged, your brain knows other ways to generate the pressure that it needs,” says Dr. Dr. Patrick M. Nemechek

When your blood lacks oxygen, it can be difficult to concentrate and coordinate your body, leading to headaches and confusion.

“Without enough oxygen in the lungs, the organs cannot function properly. As a result, toxins accumulate in the bloodstream and vascular headaches ensue. This happens because low oxygen levels initiate the widening of blood vessels and bring on migraines,” says Dr. Mark Wiley.

A lack of oxygen in the blood can be the cause of concern, because it’s often the cause, or caused by, other diseases or illnesses. Fortunately, going to the doctor will help figure out how best to treat the issue.

How Exactly Is Hypoxemia Treated?

Going to the doctor and getting tests done to determine how much oxygen is in your blood is the first step to getting the issue treated. The doctor will run a series of tests to see how much oxygen is in your blood and then test for the common causes of low oxygen levels. Your doctor will then treat those problems, whatever they may be. Your heart, for example, may need help pumping correctly and may need medicine to pump better and get your oxygen circulating.

Hypoxemia that isn’t very severe can be treated through a portable oxygen mask or nasal cannula, which is a thin tube with two separate openings that sit just inside your nostrils. This will pump oxygen into your body and allow more oxygen to circulate through your blood. This is a short-term treatment that is used to get your oxygen levels up.

When the level of oxygen in the blood is severely low, a doctor will often prescribe regular and long-term oxygen use. Depending on the severity of the oxygen levels in your blood, your doctor may have you use oxygen daily, overnight, or periodically throughout your day.

If you’re concerned with symptoms of low oxygen levels in your blood, it’s best to book an appointment with your doctor and have any necessary tests done to make sure that everything is working right. Low oxygen levels can cause other health risks, so getting it addressed and treated as quickly as possible is the best course of action. 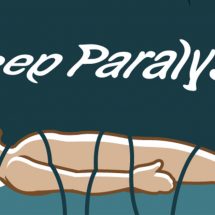 What is Sleep Paralysis: Causes, Risk Factors, and Prevention 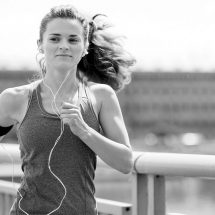 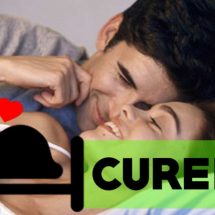 Treat These Diseases by Making Love Every Day