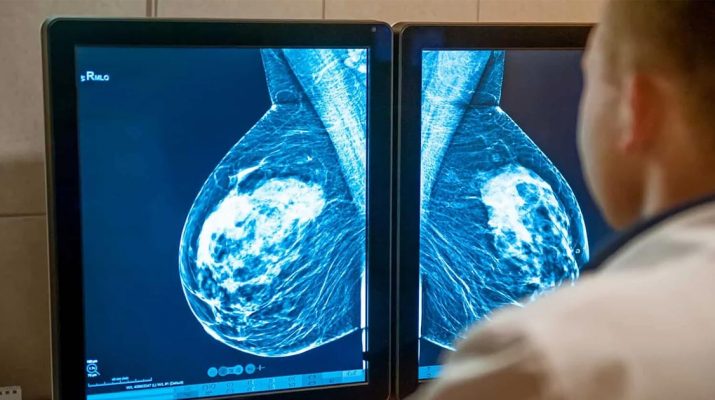 In the United States, data shows that around 1 in 8 women will develop breast cancer during her life that could be detected on a mammogram screening. This number may not seem significant but think about your group of friends. Are there 8 of you? If so, one of you is likely to develop this type of cancer. Shocking thought.

Luckily, getting regular mammograms often means early detection of cancer. Therefore, the patient receives prompt and effective treatment, decreasing the likelihood of death. In recent years, this screening method became the best tool for detecting cancer of the breast, and with good reason.

A mammogram is simply an X-ray of the breast, done from different angles, and capturing images of the breast that will show irregular patterns or masses. Even if you think you aren’t at risk for developing this cancer, you should still schedule regular screenings to ensure that you are safe and healthy.

Who Is At Risk For Developing Breast Cancer?

Anyone can develop this cancer. Indeed,  75 percent of women who receive a breast cancer diagnosis have no family history of the disease. Doctors don’t consider these women high risk, either because of their clean family history.

Anyone who is considered high-risk must take extra precautions. That’s because their likelihood of developing cancer outweighs the risks of others. Those who are regarded as high risk include:

While this disease is thought to only occur in women, men have a small chance of developing cancer, as well. Doctors may not recommend regular breast screenings for them, but they should still do self-exams at home and tell their doctor if they feel any changes or other lumps.

Why A Mammogram Is The Best Tool For Detecting Breast Cancer

1. They Can Detect Cancer Early.

Mammograms can detect cancer in the breast up to 3 years before a noticeable lump can be felt. The sooner a patient receives a cancer diagnosis, the easier it is to treat. Additionally, early treatment proves more effective at destroying cancer cells.

2. Mammograms Show Patterns In Calcium Calcifications In The Breast.

In other methods for detecting cancer in the breast, these areas of calcium do not show up as well, and the patters are indistinguishable. During this type of test, however, doctors can read the patterns of calcium areas, which allows them to see if the area is likely to become breast cancer or if it is due to non-harmful changes within the body.

3. Reduces The Chance Of Needing A Mastectomy Or Chemotherapy.

A mastectomy is the full removal of a breast. Sometimes, a double mastectomy is needed, meaning that both breasts are entirely removed. If the cancer is detected early enough, a mastectomy may not be necessary.

This same idea applies to chemotherapy, as well. The earlier the cancer is detected, the less invasive the treatment plan will have to be. Caught early enough, chemotherapy may not be necessary at all.

Popular  25 Foods to Eat to Lose Weight in Stomach

4. This Screening Has Helped To Reduce The Death Rate Of Cancer.

Since becoming the best tool for detecting breast cancer in 1990, the death rate of cancer reduced by 40 percent. This statistic is primarily due to early screening and diagnostic testing.

5. They Allow For More Treatment Options.

Finding cancer when it is small and hasn’t begun to grow or spread is the key to treatment success. When you detect cancer early, you will have more treatment options. Otherwise, your options become limited to a particular treatment plan path. So this screening can give you more control over your disease and the prognosis.

What Happens During A Mammography

When the screening is finished, you will wait for a few moments while the technician makes sure they have clear images of your breast and don’t need to take any others. You will have to wait for your doctor to tell you the results, as the technician is not allowed to do so. A doctor will read the X-rays and contact you with the results.

During the test, you will need to take off your top. Because of this, you may be more comfortable wearing shorts or pants instead of a dress or romper so that you don’t find yourself fully undressed while standing in front of the machine. This is entirely up to your preference, but you would likely be more comfortable keeping your bottoms on during the screening.

Other Things To Know

Is This X-Ray Safe?

This screening is even safe for pregnant women, although regular screenings usually aren’t done during pregnancy. However, testing may be recommended by a doctor if the woman finds a mass or lump. Moreover, it is safe for the unborn baby.

How Often You Should Have A Mammogram

You should get your first screening at about 40 years old, and then continue getting them regularly once a year.

How You Can Get A Mammogram

You can begin the process by calling your general practitioner or even your OB/GYN. If you don’t currently have a regular doctor, start researching doctors in your area so that you can first get a physical and then have a cancer screening done. By simply asking your doctor, you can get all set up to have your testing done.

Popular  Kiwi for Treating Gastrointestinal Disorders, According to Science

The conventional method involves taking images in four views of the breast. Patients are often called back for additional testing when using this method of screening, and cancer may sometimes be confused for dense or overlapping tissue. This method is sometimes paired with an ultrasound of the breast, as well.

Also known as a 3D-mammogram or a tomo-mammogram, this is the best method because it bases the number of slices (similar to the view in a conventional screening) on the size of the breast. This allows for more accurate and thorough screenings for those with larger breasts. The average is 40 slices, giving radiologists a better view than in the other method and lowering the chance that a patient will have to return for more tests.

Unfortunately, tomo-mammograms aren’t offered at all mammography centers, and they are more expensive than conventional screening. It is important to note, however, that if you have to go back for a second traditional screening, you will end up paying more than you would have for a 3D-mammogram.

If something is founding during your first screening, you will be called back for another one, which is called diagnostic mammography. During this, more X-rays will be taken to get images from different angles and get a more in-depth look at the mass or calcium area.

Does The Screening Always Detect Cancer?

You should always remember that not all cancer will show up on mammography, so you should still do a self-check regularly. This way, if you detect a lump, you can tell your doctor immediately and have it examined.

These tests detect cancer most of the time, but they are not 100 percent accurate. Always tell your doctor if you notice a change in your breasts.

A mammogram is the best tool for detecting breast cancer for many reasons. Thus, scheduling this screening annually can make the difference between life and death for you or your loved one. This test can detect cancer in your breast up to 3 years sooner than you’ll notice a lump.

Plus, it gives doctors or radiologists a clear image that shows the patterns in your breast, could lead to less invasive treatment as well as giving you more treatment options, to begin with, and it can increase the chance of cancer removal and remission.

The data speaks for itself in this situation. Since mammograms have been studied and researched in-depth and all of their benefits have been brought to light, doctors encourage women to use them as their go-to cancer screening option, and with good reason. Death rates have fallen by nearly 40 percent due to these screenings, making them the best tool for cancer detection.

11 Signs You Have Irritable Bowel Syndrome

The 4-7-8-Breath: How I Stopped Anxiety in It’s Tracks 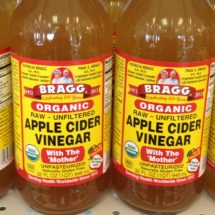