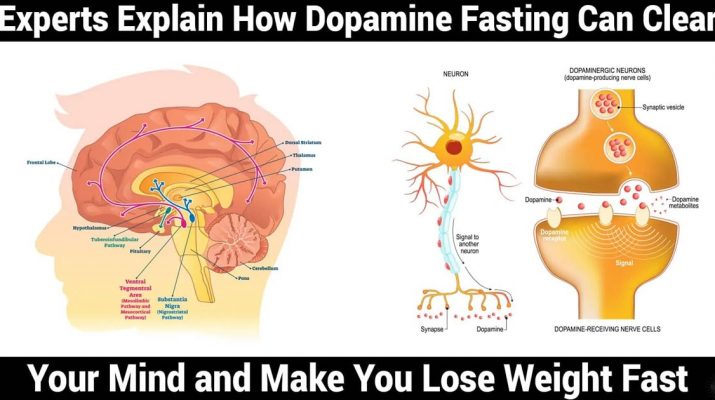 Dopamine fasting is the latest fad to hit society.  The name is a misnomer, but the intention within it is clear – create time to fast from dopamine elevating behavior.  How much time?  That is entirely up to you and the rules you choose to set for the outcome you are striving for.  What benefits?  Experts explain how dopamine fasting can clear your mind and make you lose weight fast.

The Birth Of The Dopamine Fast And What It Is Not

In November of 2018, ImprovementPill, a YouTube channel, posted a video about Dopamine fasting, and it went viral.  The life coach, Richard, who runs the channel, has been given credit for the idea.  Richard himself, according to VICE, states that he had heard of the idea back in college and, while in a rut himself, chose to try it.

Dopamine fasting hit the viral media circus again in August 2019.  This time it was in a LinkedIn article written by Dr. Cameron Sepah. He wrote the article to clarify what dopamine fasting was and its rules.

According to the article, he defines dopamine fasting as the following:

“an evidence-based technique to manage addictive behaviors, by restricting them to specific periods, and practicing fasting from impulsively engaging in them, in order to regain behavioral flexibility.”

Dr. Sepah further clarifies that dopamine fasting is NOT that the media purports it to be.

Additionally, he expressed its intention in another article on November 7, 2019, due to multiple reports of others misusing the dopamine fasting, resulting in further polluting of its intent.  Of course, its title doesn’t help in that misunderstanding.

His List Of What Dopamine Fasting Does Not Consist Of:

What Is Dopamine Fasting?

After reading what Dopamine fasting is NOT, then what is it?  Dopamine fasting, according to Dr. Sepeh, is designed to reduce our addictive or impulsive habitual behaviors, which are created through our internal dopamine reward design.  That said, there are a few other points of importance along with that:

Is There A Science Behind The Method Of Dopamine Fasting? How Does It Help One Lose Weight?

It utilizes two basic concepts of psychology in its premise to minimize the dopamine stimulus we receive when we do certain things.

First, we need to understand a simple premise in how we learn to do certain things.  Remember hearing about Pavlov’s dogs theory?  The concept that you can teach anyone just about anything simply by providing a reward or positive stimuli after each job was performed.  At some point, the reward is expected, and you will perform the task again and again, even if you don’t receive any of the same stimuli in return consistently.

Our tech age has taught us to expect a positive or stimulating reward each time a light or sound comes from our phone.  It could be a notification from a text, Facebook message, or any other social media platform with a like, share, or comment.  Furthermore, it becomes a form of immediate gratification due to the release of dopamine from the stimulus, which has been proven in many mediums to create an addictive pattern of behavior.

It isn’t just tech that creates this. We use a lot of instant gratification behaviors throughout our lives:

With the above concept being the premise, two basic cognitive-behavioral psychology methods might explain why eliminating time doing that activity benefits humans.

This is the self-imposed restriction of an activity in order to reduce its ability to distract.  Simply put, put the phone away or power it off. Uninstall apps or games. Finally, engaged in activities that don’t require electronics

This requires a little more self-control but some studies verify its effectiveness when done correctly.   When you feel the impulse to do the behavior, make note of what you are feeling and why.  Then just let the impulse and accompanying feelings come over you and then allow them to fade without focusing on them.  Return to what you had been doing prior to the urge.

The above methods, according to Dr. Sepah,  are common cognitive therapy methods used to address addiction.   According to HelpGuide of Harvard Health, addiction is currently believed to be related to both dopamine and its interaction with glutamate.  Together, they not only release pleasure and create motivation, but also change survival behavior, such as eating and sex, into a reward and pleasure stimulus.  Additionally, dopamine enforces the memory and learning of the pleasure causing event.

How Can Dopamine Fasting Help To Clear Your Mind?

While the proposed method is being labeled as dopamine fasting, you cannot, and will not, be able to empty or reset your dopamine levels.  Many articles and specialists have become hung up on this concept due to the name.

Popular  Is The Room Spinning? Try This Simple Doctor Recommended Method For Treating Vertigo In Seconds

What this can achieve is to decrease the urge to perform a behavior that you taught your brain to seek for its reward of dopamine.  By decreasing the frequency in which you do the activity and receive the reward, the brain eventually decreases its dopamine release related to it.  Therefore, unless you go back to the same extensive habits as before, you will not get the same dopamine release as before.

During your time of fasting, one usually will also begin to reflect on why it was so attractive.  Dopamine may be the hormone released, but it is not the cause of the initial desire.  You teach your brain to expect this stimulus.  Not vice versa.  For many who are on social media, they may have a need for attention, instant gratification, and perhaps a feeling of belonging to a larger group.  During the fasting time, they have time to recognize that and possibly address the larger issue and cause or find healthier ways to fulfill that need.

In that respect, you are gaining clarity of the mind. Additionally, you gain insight into your psychology that you were not aware of before.

By doing other activities in its place, you are also learning to appreciate other things that do not necessarily evoke the same high level of dopamine response.

In the case of an individual who tends toward getting a reward from food, going on the dopamine fast can aid in losing weight.  By implementing the fast for even just one meal a day, it could significantly lessen your caloric intake and potentially help you lose weight.

Dopamine fasting, in its original intention, stands to hold a lot of benefits for those who approach it with a healthy mindset.  Many of us have habitual behaviors that could use some reigning in. Therefore, it enables us to make time for calmer activities, family, and friends. Additionally, you’ll find personal alone time to reflect.

Dopamine fasting can be a great method for your average person with a touch of obsessive behavior toward one or a few stimuli.  Anyone who has an actual addiction should seek out specialists and therapists to better address the problem.

Unless a person chooses to attempt to take out everything in his life that creates a rise in excitement and stimulation, there is no harm in giving this a try.  Between self-reflection, increased exercise, and hopefully calmer use of your time, it stands to hold many overall benefits.  As the experts explained, dopamine fasting can help clear your mind and make you lose weight fast! 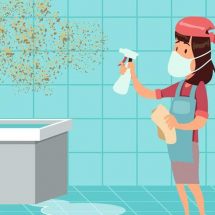 Get Rid of Mold as Soon as Possible – It Can Seriously Damage Your Health! 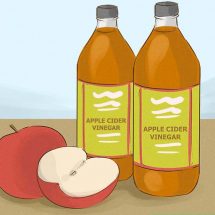 Dip Your Feet in Vinegar to Get These Completely Natural Benefits 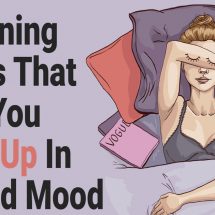