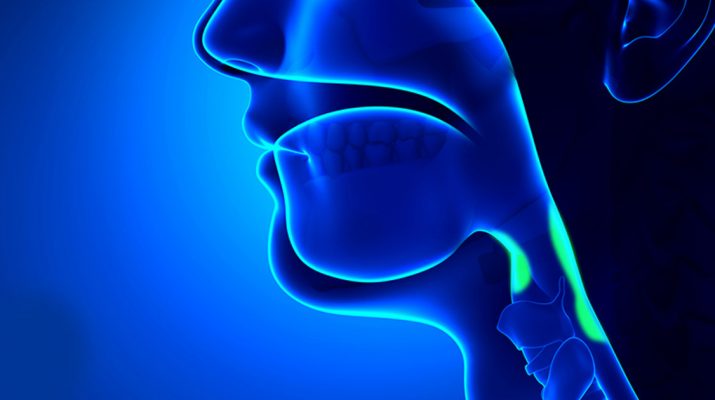 A feeling excess of mucus in your throat is a highly unfavorable sensation. A buildup can have you feeling as if something is stuck, and the urge to clear your throat can be both persistent and frustrating. In many cases, an infection in the upper respiratory tract may be the cause, however, conditions like allergies, asthma, and heartburn can leave you with excess mucus as well.

Coughing doesn’t always release the phlegm and mucus, as I’m sure you know. While it’s important to understand what the root cause may be, there are some natural evidence-based ways that include mullein tea, steam inhalation, raw honey and a natural salt rinse that can clear excess mucus, fast.

The Purpose of Mucus

Your body produces mucus, which lines specific passages in your body, like the respiratory and digestive tracts, for protection and support. Mucus prevents bacteria and viruses from causing infection, and it is completely normal to have mucus in the throat, in fact – your body produces about a liter of mucus each day. Ideally, mucus production goes unnoticed, however, problems occur when this fluid becomes thicker and develops an unusual color such as dark yellow, green or brown.

Excessive mucus secretions may be caused by a number of conditions. A lesser-known reason for excess phlegm in the throat is heartburn or acid reflux. When a weakened lower esophageal sphincter allows stomach acid to creep up, you may feel a burning sensation or you may feel nothing at all.

But as the throat and voice box become irritated, leaving you with the feeling of a lump in your throat, mucus develops and creates cold-like symptoms such as chronic coughing, post-nasal drip, sinus problems, and a sore throat. This form of reflux often goes undiagnosed as it resembles the symptoms of the common cold or allergies.

Mucus production also increases with exposure to allergens. For those who are allergic to pollen, dust, mites, animal dander and mold, these allergens commonly irritate the back of the throat, and as a result, more mucus is produced.

Although asthma is usually associated with wheezing and frequent coughing, asthma sufferers also experience an excessive production of mucus which often comes with allergy-like symptoms.

Various infections of the upper airways and throat can also lead to excessive mucus. When bacteria or viruses influence an infection, the body produces more mucus in attempts to trap and destroy germs. Sinusitis is an infection that causes the sinuses to become inflamed, swollen and filled with mucus. Among other symptoms, sinusitis can cause post nasal drip with thick, dark-colored mucus or phlegm.

Popular  10 Ingredients You Should Never Put on Your Face

Luckily there are many effective home remedies to support balance and eliminate excess throat mucus. While these natural treatments can provide symptomatic relief, this is not a replacement for conventional treatment. In the case that excess mucus may be caused by serious infection, always consult your doctor before partaking in self-administered home remedies.

Gargling with salt water is a simple and safe home remedy to promote the elimination of throat mucus, providing almost immediate relief. Simply dissolve ½ to 1 tsp of Himalayan or natural sea salt in an 8 oz glass of warm water with a pinch of baking soda. Gargle several times a day and spit to relieve buildup.

This home remedy opens up the nasal passage to loosen throat mucus and clear mucus. This practice can be supported and boosted by adding certain therapeutic grade essential oils such as Eucalyptus Radiata, Ravintsara and Mild Thyme which are also beneficial to purify the air of allergens, prevent flu, colds, and sinus or respiratory infections.

This anti-inflammatory herb has many benefits, thanks to its antiviral properties, A study published in the Journal of Ethnopharmacology showed that hot ginger tea is effective for respiratory infections [4]. Simply chop a 1-inch piece of raw fresh ginger and place in a cup of boiling water. Cover the cup and let the ginger infuse for a few minutes. Enjoy 2-3 times a day and optionally pair with lemon, raw honey, and cayenne.

You may already know that hot peppers, wasabi, and horseradish can clear up congestion in almost an instant. If you’re tolerant of heat, this is a natural way to relieve inflammation and prevent excess mucus build-up. Studies of the medicinal properties of capsaicin and allyl isothiocyanate as a decongestant found that these both help to reduce symptoms of nasal discharge and inflammation [5][6].

Raw and unpasteurized honey is naturally unfiltered and contains natural pollen, royal jelly, and propolis, making this an apitherapeutic superfood with natural antibacterial agents while providing a soothing effect on the throat – which may reduce constant coughing. A study by Canadian researchers found that even a single dose of raw honey can help to reduce mucus secretion and bouts of coughing. It was also better than many over-the-counter cough medicines at reducing the frequency of cough [7].

You can take a small spoonful of local raw honey 2-3 times a day until you stop feeling the constant need to clear your throat.

Popular  Menopause Belly: What Causes It and How to Fix It

It’s essential to drink plenty of fluids like water and herbal teas to help thin mucus secretions and prevent them from building up in your throat. The best herbal tea for clearing mucus is mullein leaf. Chamomile, ginger and turmeric tea can help to soothe and calm inflammation.

One way to prevent the buildup of throat mucus is to avoid irritants or allergens. Some foods may negatively affect mucus levels, it has been said that dairy products may influence a thicker mucus which is harder to eliminate.

Some other foods which are best avoided are those with processed flours, refined sugars along with packaged and processed foods. Focus on following a whole-food lifestyle which also includes an emphasis on exercise, stress reduction and adequate sleep. 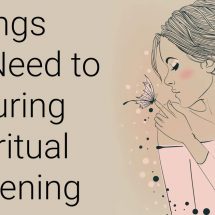 5 Things You Need to Do During A Spiritual Awakening 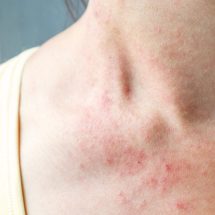 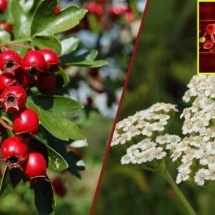