Do you know someone who has experienced cardiac arrest? It’s a sudden event that usually occurs without warning. It’s known as heart death because the heart loses its ability to function and stops beating. It all starts when the heart’s activity becomes chaotic, and it’s usually caused by either ventricular tachycardia or fibrillation.

While it’s often confused with myocardial infarction, the two are quite different. It’s possible to experience cardiac arrest during a heart attack, but it’s not always the case. Some people just have a heart attack without going into complete arrest.

Prompt medical attention is required as the mortality rate of these events is incredibly high. Even when help is called, more than 90 percent of those suffering will die in route to the hospital. Here are some things that many people don’t know about SCA, and some of these facts are frightening.

1. Cardiac Arrest Is Fatal 95 Percent Of The Time

The mortality rate of those that experience SCA is high. About 95 percent of all people who have this condition will die. It’s estimated that there are more than 450,000 people that suffer from this condition each year, which means 427,500 individuals will perish, with or without medical assistance. Those who get CPR or the use of a defibrillator within four minutes of the event have a higher rate of survival, though it’s still slim.

Why is it so deadly? Well, it’s an electrical issue within the heart. Think about your home without electricity. You can’t run the refrigerator, washer, dryer, or any other electrical appliances. Electricity is vital.

It’s the same concept here. When the heart is not beating, the blood is not circulating. That means the brain, liver, kidneys, and other organs don’t get the blood and oxygen they need to survive. So not only is the heart in trouble, the entire system shuts down.

2. A Heart Attack And Cardiac Arrest Are Two Different Things

People use the terms heart attack and cardiac arrest interchangeably, but they are two vastly different occurrences. To understand the difference between the two cardiac events, you must comprehend what is going on inside the body. First, a heart attack, or myocardial infarction, is where the blood flow is temporarily halted to the heart. The key word is temporary.

Think of it as a clog in your drains. A blood clot, which is usually the culprit, dislodges and travels to the ventricles causing a blockage. The blood still pushes to get around the clot, so even that trickle is still getting through to the other organs. This issue can be fixed and blood flow can be restored.

However, in cardiac arrest, no blood is moving because the heart is not beating. There is a high chance that the heart won’t start beating again in SCA, but in a heart attack, the chances of survival are greater. Shockingly, it’s possible to have both events occur simultaneously.

When dealing with SCA, one minute a person is fine, and the next minute, they are on the floor dead. Most people assume that their loved one has had a heart attack. Did you know that most people remain conscious in myocardial infarction, but when an SCA occurs, you pass out because the brain is not getting proper oxygen?

Calling 911 is the right step, but the average response time is between 6-12 minutes. Unfortunately, statistics show that treatment for SCA must begin in four minutes to increase the chances of surviving, but many people don’t know CPR, and they don’t have any medical equipment at home.

Though CPR and the use of a defibrillator are the best ways to help restart the heart, it only works 7-10 percent of the time. Most of the time, the heart is so diseased that nothing that is done is helpful. It’s sad, but 90 percent won’t come back from these cardiac events.

5. Sca Is The Biggest Killer In The United States

When you think of all the medical conditions out there, you would probably guess that cancer, drug overdoses, and heart attacks, would be the highest killers around. SCA kills more people than anything else in this country. It kills more than AIDS, breast cancer, and lung cancer, all combined into one.

Since so many people have undetected heart disease, they never know how great their risk. Having cardiac examinations are essential for those who are obese, have a family history, or are experiencing palpitations or other problems. A healthy lifestyle can change everything and increase survival chances.

6. Cardiac Arrest Can Happen At Any Age

When you think of a heart attack or SCA, you automatically think of someone older. However, SCA can occur at any time in a person’s life. This is especially true if an individual has atrial fibrillation or a heart murmur.

Even a baby can die from SCA. It’s more common for people to have cardiac problems in their 20’s and 30’s, but the risk only increases when a person gets beyond 50 years of age. So no one is immune from the dangers of heart disease.

7. Most Cardiac Arrests Happen At Home

One of the biggest fears that people have is that they will have a cardiac issue when they are on vacation, on an airplane, or in public. However, more than 75 percent of all SCA episodes occur in the home.

8. Heart Disease Is The Number One Cause Of Cardiac Arrest

Arrhythmia or abnormal heart rhythms are the most common cause of SCA. The erratic nature of the ventricular fibrillation is most commonly found as the cause. The lower chambers of the heart, or ventricles, fire in a disorganized fashion. They cause the heart to stop beating altogether.

Though this is the most common reason for SCA, other heart disease issues can cause it. It’s estimated that more than 42 million women have heart disease and don’t know about it; consequently, more women than men will experience an SCA or another cardiac event.

Popular  If You Drool When You Sleep, You Should Consider Yourself Lucky!

9. Those That Play Sports Are At An Increased Risk For Sca

Those who are involved in contact sports have a greater chance of suffering from an SCA than those who don’t engage in such activities. Most sports don’t require adequate protection for the chest area, such as baseball and lacrosse, which only increases the chance of a cardiac event. Statistics show that males around the age of 15 seem to be at the highest risk.

Not every hit is going to result in SCA, rather it must be perfectly timed with the heart’s beats. If the ball should hit when the heart isn’t pumping, then it wouldn’t cause arrest. When it hits on the beat, it causes the heart to go into ventricular fibrillation.

All coaches should have an emergency response plan for games and practices. It’s also advisable to have an AED device on hand in the event of a cardiac situation. While the survival rate for an adult is slim, a child has a 52 percent survival rate when they get adequate medical care immediately. It’s estimated that more than 6,000 children under the age of 18 have SAC each year, and more than 2,000 of those children will die due to the event.

10. Cpr Was Invented In 1956 To Help With Cardiac Arrest & Other Emergencies

Dr. James Elm and Dr. Peter Safar were the first to come up with what we know as CPR or Cardiopulmonary Resuscitation. Though there are references throughout history that show some forms of resuscitation have been around since the 1700s, they were the first to name and perfect the techniques. It was first created to help with drowning victims, but soon, its power was realized.

There are training sessions held around the world to teach others this necessary, lifesaving method. The first teaching session, however, was held in Seattle, Washington in 1972. Though some find it odd to place their mouth over someone else’s, rest assured no one has ever passed AIDS in the history of this method. However, the routine steps have saved countless individuals suffering from SCA and other medical emergencies.

Did You Learn Something New?

It’s scary when you contemplate the dangerous nature of the cardiac arrest. The fact that so many people don’t survive make heart health even more important. Remember, SCA is an electrical problem, whereas a myocardial infarction is a plumbing issue.

Both are serious cardiac events, but SCA is more fatal because it immediately stops blood flow to the entire body. Heart disease is a killer, and even those who are healthy can have an underlying condition that threatens their life.

Remember, no one is immune from the grasp of this life-threatening condition. Even an infant can suffer from SCA and heart disease. It’s essential to eat healthy, stay fit, and see a doctor if anything seems out of character. 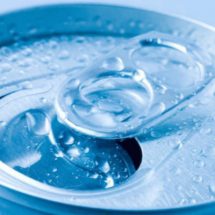 Get Rid of Varicose Veins with These Powerful Essential Oils