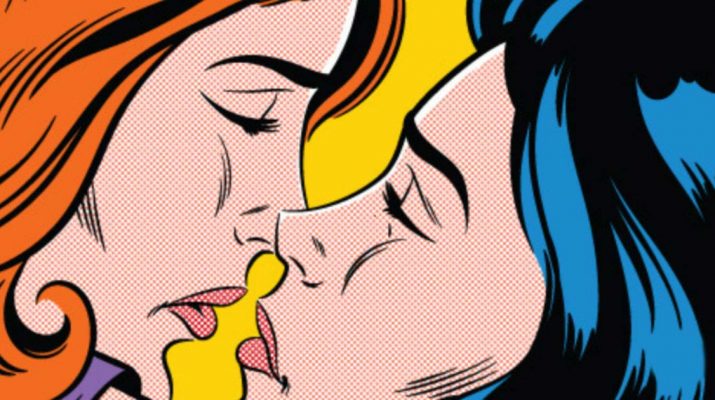 There’s a common societal assumption that you’re supposed to get your life all figured out during your 20s. Graduate college, kickstart your career, get your finances in order, date and marry your ideal partner, maybe even get a family started… and the checklist can go on and on.

The truth is though that most people rarely have their lives put together by the time they reach 30. Many may think they do, but then that’s when the curveballs start flying. Some people realize there’s still so much they don’t know or haven’t yet discovered about life, and more importantly, themselves.

Sexuality can be one of those things. For a number of women specifically, they will experience an “awakening” of sorts and realize it might not be as rigid as they once thought.

Women Experiencing Shifts In Their Sexuality

According to various doctors and professors, women experiencing a sexual shift later in life isn’t actually that uncommon. (1) Dr. Sheryl Kingsberg, a professor and division chief of behavioral medicine in the OB/GYN unit at University Hospitals Cleveland Medical Center says she has encountered several women who have lived most of their lives believing they were straight, only to experience a shift in attraction during their 30s and 40s. Some of them had even been happily married with children for many years.

Kingsberg discussed how it can be difficult to separate this rising phenomenon from societal acceptance. However, there are many women who are experiencing shifts in their sexual orientation and there could be a number of reasons for this. “Maybe it’s hormonal, maybe it’s neuroendocrine —an epigenetic shift in brain chemistry that is hormone-based. But it’s certainly a shift.”

Dr. Lisa Diamond, professor of developmental psychology at the University of Utah who has participated in research regarding women and sexuality believes that in some cases, these sexual shifts can be circumstantial. She discussed how, for this reason, it can be difficult to determine whether a woman is bisexual, lesbian, or experiencing a bout of fluidity.

“If a woman has only had one same-sex attraction or affair, and really feels that it was focused on that one specific person, that is more likely to be an instance of fluidity. One of the risks of the ‘repressed lesbian’ narrative is that it leads women to feel that their previous relationships with men must have been ‘fake’ or ‘inauthentic.’

A study published in 2008 that Diamond also took part in followed the lives of 79 women who identified as lesbian, bisexual, or unsure. Reportedly two-thirds of them experienced a shift in their sexual orientation at least once during the span of the 10-year study.

These studies, observations, and more continue to conclude that it is, in fact, possible for women to experience a shift like this rather than suddenly realizing repressed sexuality. Something worth acknowledging is though this scenario does happen with some regularity, it’s not the case for everyone.

Beyond the doctors, professors, and research, there are many women with varying stories of their own experiences with their sexuality. Take Nashville singer-songwriter, Katie Herzig. Up until she was 33-years-old, Herzig only dated men. That changed when she developed a relationship with another female artist and realized that her sexuality had made a significant shift.

As someone who feels her sexuality had shifted versus having been repressed her whole life, Herzig said, “I almost felt guilty for pushing back on being gay. But I didn’t want the life I’d lived up to that point to be negated in any way. When you say you’re with a woman people immediately have this backstory in their minds. Eventually, I had to make peace with the fact that people will assume what they want.”

Herzig is just one of many stories out there from women who have experienced this shift later in life. The more these stories come to light, the more other women going through this potentially confusing and difficult shift can realize that they aren’t alone. There is nothing wrong with preferences, sexualities, or even identities changing, regardless of reasons. Sexual orientation is specific to the individual and largely contributes to what makes each of us uniquely beautiful.

In the words of Lisa Diamond, “You shouldn’t think that whatever you wanted at age 25 is what you’ll want and enjoy for the rest of your life. Your sexual development isn’t over. We should all embrace and welcome such changes and evolutions — they are a sign of our own continued vitality.” 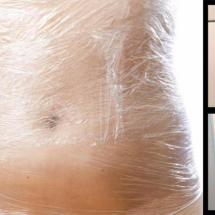 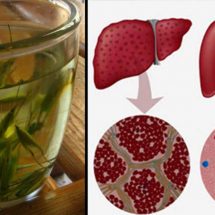 8 Bedtime Drinks for Losing Weight and Detoxifying the Liver 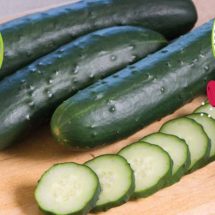