Look around you next time you go out; are most people engaging with others or engaging with a smartphone or other device in their hand? Most likely, it’ll be the latter. While smartphones have their place in society and can definitely make life easier, they can also drive a wedge between ourselves and reality.

With just the press of a button, we can unlock a whole virtual world full of apps, games, social media platforms, news sites, emails, and other functions. With all of this available, why would we immerse ourselves in boring old real world when we can get lost for hours in a made up one?

Well, there’s a simple answer to this question, and one that our addiction can quickly make us dismiss: because the things that truly matter are in the real world. While the online world serves its purpose, it should never take the place of reality. However, that’s exactly what has happened for most of us.

Consider these startling statistics: According to a New York Times report, both teens and adults check their phones an average of 150 times per day and send 110 text messages. A 2015 Pew Research Centre study revealed that 24% of teens said they go on the Internet “almost constantly.”

Surveys in the United States and Europe from 2012 show that between 1.5% to 8.2% of people suffer from a condition called Internet Addiction Disorder (IAD). Other reports have found rates between 6% and 18.5%. Moreover, 46% of smartphone users say that they couldn’t live without their phone.

The governments of China and South Korea have classified IAD as a major public health threat. Of course, millennials use their smartphones the most among all age groups, which means the problem will only worsen if we don’t shed light on this epidemic now.

We won’t get into too much detail about smartphone statistics; however, we would like to share the negative effects of using them, and what can happen when you take a vacation from your smartphone.

Here’S What Happens To Your Brain When You Take A Break From Your Smartphone:

First of all, can you think back to a time in your life before your smartphone entered the picture? Did you feel, act, or think differently? We thought so. Just like anything addictive, smartphones have a powerful hold on us, even if we don’t realize it.

Smartphones and social media activate the same reward centers in our brains as sex, gambling, eating, exercise, and other things that feel good to us. A considerable amount of dopamine is released every time you come back for another “hit,” which explains why smartphone addiction is so hard to break.

In fact, according to a study published in the journal Cyberpsychology, Behavior and Social Networking, “Sudden cessation of online social networking may, in some chronic users, cause signs and symptoms that at least partially resemble the ones seen during drug/alcohol/nicotine abstinence syndrome.”

With that alarming bit of information in mind, consider this small study done at Capital City Academy (CCA) in London. Called the Disconnect project, researchers took a group of 15-year-olds from the school and quizzed them about their gaming and social media habits.

Then, they asked them to give up their precious smartphones for a week. Half the class volunteered to use a basic flip phone for a week (not sure about the other half). How did they react, you ask?

“Initially the students were dismissive,” says Sally Llewellyn, a teacher at CCA. “But the more they considered it, the more interesting the prospect of disconnecting became. Once we started looking at what they’d done the previous week, and how much time they’d spent on their smartphones and games, they were horrified.”

Some students voiced concerns about how they would fill their time, since both gaming and smartphones were off-limits. However, most of them found other things to do, and actually got enjoyment out of doing them. One teen said he read a book, and couldn’t remember the last time he did that. He also turned in his homework on time and spent more time with friends and family. Most of the participants reported going to bed earlier, as well.

Another student, Jason Badu, who wasn’t part of the project, said he observed that the volunteers seemed “freer. It gave them a sense of getting to know their strengths and limitations. When you have your phones it’s easy to forget this. When it was taken away they had to be like modern-day explorers.”

In the end, the students said the challenge was hard, but not impossible. They realized that the relationship they have with their smartphone is more compulsive than addictive. So, by taking it away, they learned new habits and ways of interacting with the world around them.

We realize that smartphones have their place in the world, but they shouldn’t become your whole world. As long as you can set limits on your usage and have a life outside your phone, a smartphone probably won’t hinder you much.

owever, if you find that you spend more time on your phone than in the real world, you might want to take a vacation from your phone or consider giving it up, at least for a little while. There’s simply too much you miss out on in life if you keep your head glued to your phone all the time.

Have You Ever Taken A Break From Or Totally Given Up Your Smartphone? Let Us Know About Your Experience In The Comments! 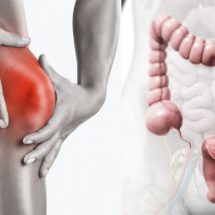 7 Signs You’ve Met Someone From A Past Life 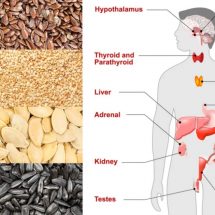