What is a copper IUD and can it be dangerous to a woman?

First, let’s discuss the basics of intrauterine devices or IUDs. Structurally, an IUD is a contraceptive device. It is made up of flexible plastic, which may or may not be wrapped in copper. This depends on the manufacturer. Functionally, most IUDs prevent pregnancy by releasing the pregnancy preventing hormone levonorgestrel. One IUD product, ParaGard, is free of hormones.

Scour the web and you will find countless advocates of IUDs. From Planned Parenthood to WebMD, to professors and clinicians at prestigious medical schools, IUDs are marketed as extremely safe. People will laud them as an effective form of contraception, which can be reversed. These claims are not all false. IUDs are relatively safe. Relatively being the keyword.

Many of even the harshest critics of the contraceptive device admit that the devices are “a very safe and supremely effective contraceptive method.” Also, IUD-related appointments have seen as much as a 900 percent increase since January of 2017. We can reasonably assume, then, that complications from such a device will arise.

Something to mention about IUDs: they’ve been around since the 1970s. As with pretty much every medical device or procedure, IUDs have gotten safer and more reliable. However, newer copper IUDs seem to buck the near-universal “newer is better” medical axiom.

Class action lawsuits against the manufacturers of copper IUD devices has risen significantly. The law firm representing victims in the Copper & Mirena IUD Class Action Lawsuit cites the following symptoms as reported by their clients:

Under-Reporting Of Complications From Copper Iud

“We collected a case series of broken IUDs … for the purpose of creating awareness and to illustrate our management of this not entirely rare clinical scenario …” – Levine, E.M., et al., “The ‘Broken’ IUD: Its Detection and Clinical Management”

In a disturbing article published in the Open Journal of Clinical & Medical Case Reports, five OB-GYNs report what they’ve seen in their own practice. These doctors of gynecology have noted such observations as:

One health institution reported having received three IUD cases over just a nine-month period – a rate far higher than normal. Perhaps most troubling is the conclusion that health emergencies from “Broken IUDs” is likely to be significantly under-reported. In other words, far more women are like experiencing severe complications from IUDs, yet opting against medical intervention.

The Need For Awareness

Most medical researchers and practitioners who advocate for copper IUDs are not trying to deceive. Research data from nearly every study attests to these very claims. But the severe complications surfacing from an evolving technology causes legitimate cause. Until recently, this technology has proved safe and worthwhile.

Women, your reproductive health is a sacred and sensitive health topic. You need to and ought to be informed about your own body. If you (or a woman you know) is considering using a copper IUD, do your research. Inform yourself before making any decisions. 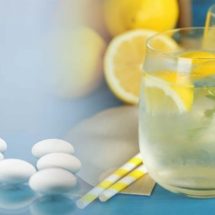 Drink Lemon Water, Not Pills, If You Have Any of These Health Issues 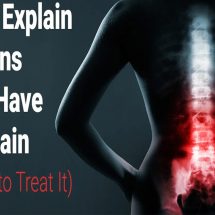 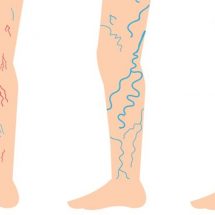