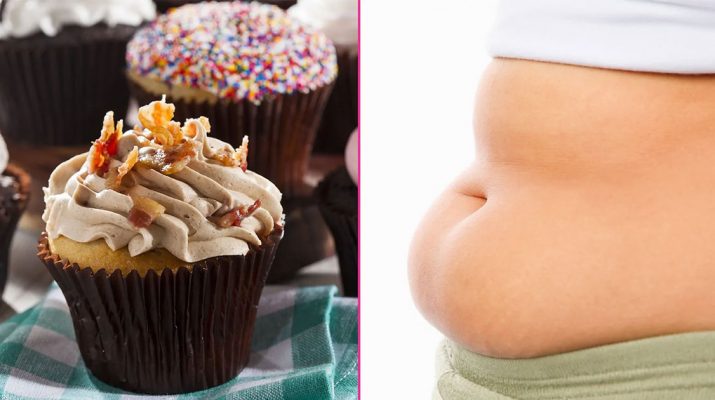 Do you think you might be addicted to sugar? Natural sugars are necessary. Added sugars are poison.

That’s right, poison. There, we said it. And, you know what? It just happens to be completely true.

Does the word poison seem too harsh? Well then, let’s look at the definition of “poison.”

Per the Oxford English Dictionary, the word poison defines “a substance that causes death or harm if it is swallowed or absorbed into the body.”

Addicted To Sugar…What Harm Does It Cause?

Let us count the ways – all backed by scientific evidence:

Another thing: sugar is addicting. No, really, it has addictive qualities. We’re using the word “addictive;” or, more accurately, addiction – in a clinical, completely non-hyperbolic way.

This is bad news. Especially so for Americans who consume, on average, roughly 20 teaspoons of added sugars per day. The recommended maximum intake? Nine teaspoons for men and six for women.

In this article, we’re going to discuss how sugars are addictive, signs that you may have a sugar addiction, and how to “recover.”

There is one exception to this conversation: natural sugars. As the name implies, natural sugars are found in nature. More specifically, they’re present in fresh foods such as fruits, vegetables, dairy, and grains. Unlike added (refined) sugars, natural sugars are digested slowly. In turn, they deliver a continuous supply of energy to your cells.

“A high intake of fruits, vegetables, and whole grains (has) been shown to reduce the risk of chronic diseases, such as diabetes, heart disease, and some cancers.”

Again, sugars from fruits, vegetables, grains, and even some dairy are healthy. Of course, if you are really trying to cut back on carbs to lose weight, you may want to limit eating fruits which contain large amounts of natural sugar.

Your Brain Addicted To Sugar

“Sugar not only tastes good but is also potentially addictive. Consuming or even thinking about sugar can trigger a dopamine release, a neurotransmitter that controls pleasure and reward-motivated behavior, into your system.” – Addiction Resource (source)

The human brain does not accept foods manufactured in some manufacturing plant. Least of all, refined sugars.

Eating sugar causes the dopamine levels in your brain to rise drastically. Even thinking about sugar can trigger a dopamine release into your system, producing feelings of euphoria.

The novelty of this neurochemical reaction remains short-lived. However, as the body becomes used to the sugar high and eventually craves more. In the short run, these changes are temporary and seemingly harmless. We cannot say the same for the long-term.

In the long run, the neural rewiring that occurs in the brain following continuous sugar consumption is linked to mood disorders.

In a study published in The British Journal of Psychiatry, researchers discovered that, of the 3,486 participants, two dietary patterns emerged: “whole food,” characterized by high consumption of fresh fish, fruits, and vegetables; and “processed food,” which included a heavy load of fried food, high-fat dairy products, processed meats, and refined grains.

Scientists used a clinical instrument to measure depression with an instrument called the CES-D scale. Indeed, the results prove that those who consume large quantities of processed foods suffer increased odds of  depression:

“In middle-aged participants, a processed food dietary pattern is a risk factor for CES-D depression … whereas a whole food pattern is protective.”

“I’ve always joked that I have a sugar addiction, not really taking it seriously. But as I reflect on so many attempts to deal with depression … I binge behind closed doors on sugar, and not facing that it is a real addiction, even as I comforted myself that it wasn’t that bad.” – User ‘Done’ on SAMHSA’s Addiction Resource (source)

According to the Substance Abuse and Mental Health Services Administration (SAMHSA), about 80 percent of all packaged foods sold in grocery stores contain added sugars.

As bad as some of the food is for you, says SAMHSA, the highest concentration of sugars is in many of today’s most popular beverages. For example, certain brands of orange drinks contain up to 35 grams of sugar in just eight ounces. Unfortunately, our children love these drinks.

Drink McDonald’s Frappe’ Mocha? You may want to reconsider, as the beverage contains a whopping 62 grams of sugar.

Anyways, enough hammering on the irresponsibility of the American beverage industry (and McDonald’s!). Let’s look at the seven signs of sugar addiction:

Yeah, so a pretty obvious #1, right? Cravings ensue immediately following the stoppage of sugar intake. Regarding sugar (and many other tasty foods), these cravings surface because of the fluctuation in the brain’s levels of hormones, including neurotransmitters. The hormones leptin and serotonin influence the rising of cravings, as does the reward-pleasure chemical, dopamine.

Besides sugar, cravings for salty and fatty foods are also common.

Lack of energy is a common symptom of those who go without refined sugar, which can serve as one’s primary energy source if misused. The initial lethargic feelings kick in about 24 hours after ceasing sugar intake. Mentally, you may feel numb and dull and have difficulty communicating and thinking clearly.

It is also at this point when one may begin to develop depressive feelings if some dependence on sugar was present.

In a study by researchers at Princeton University, rats who were deprived of sugar displayed withdrawal behaviors that mirrored opioid withdrawal, including teeth chattering, forearm tremors, and head shakes.

Headaches are perhaps the most common nasty side effect of consuming sugar. Eating simple carbohydrates (white sugars, pasta) can even cause migraines.

Okay, so all of us feel guilty about eating something we shouldn’t have from time to time. However, when you’re always giving into sugar (or any other food), it may be the sign of an eating disorder. Eating disorders can be very serious to the point of interrupting your daily life and endangering your health.

If this describes you, please consider seeking professional help.

Any time the brain’s hormone and neurotransmitter makeup changes, behavioral changes may result. We already know, for example, that not eating regularly leaves us feeling lethargic and on-edge.

Ever heard of the word “hangry”? A combination of “hungry” and “angry,” the Oxford English Dictionaries defines hangry as feeling “bad-tempered or irritable as a result of hunger.”

Here are some other signs of addiction to sugar:

Regardless of what the supposed champions of willpower claim, quitting – or cutting back on – refined sugar is a difficult endeavor. As noted above, the brain and body quickly adapt to depend upon sugar if used regularly, which changes the body’s delicate physiology.

Sugar is no different than any addictive substance. Cut back.. Sure, it isn’t easy, but it’s certainly possible. One of the biggest mistakes that people make when going carb- or sugar-free is to quit sugar cold turkey. Abruptly stopping sugar consumption can lead to terrible side effects (as noted above) and also, much of the time, relapse.

Instead of setting yourself up for failure by suddenly quitting the sweet stuff, prepare yourself to fight back sugar cravings by having plenty of viable food substitutes around.

Some of the best foods that you can eat to ward off sugar cravings include berries, chia seeds, dark chocolate, dates, fruit, prunes, snack bars, sugar-free gum, sweet potatoes, trail mix, and yogurt. 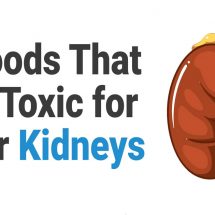 5 Foods That Are Toxic for Your Kidneys 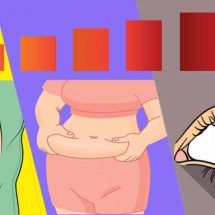