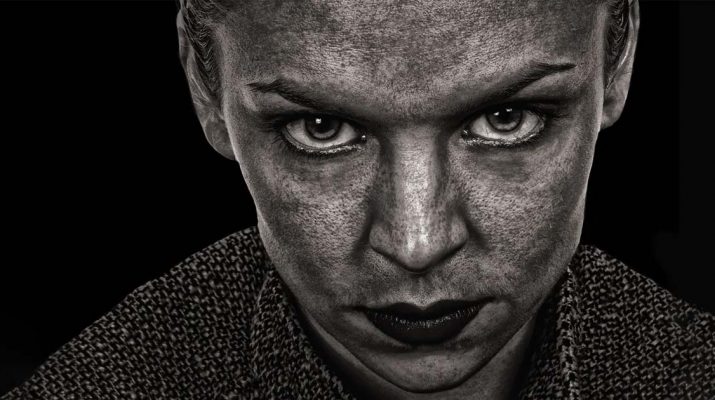 Narcissists aren’t the only ones who show textbook signs of narcissism. Some of us self-described “normal” folk are just as guilty. Each day you likely pass by a woman or man who engages in this very behavior.

Of course, this manipulation often occurs in romantic relationships. In the typical case, males will use females for sex and power, and women will use the male for attention, gifts, and security. However, the typical case doesn’t shed any light on the complex psychological factors that enable – even empower – such behavior.

The number of men that use women (and vice-versa) is likely quite comparable. There is no evidence to suggest that one gender uses the other more or less often. The same applies to same-sex relationships.

In this article, we’re going to focus on when a woman is the “user.”

So why does a woman decide to use someone in the context of a relationship?

Using psychological research and first-hand accounts, we’ll attempt to answer this question. We’ll also talk about how these psychological underpinnings manifest into observable actions by talking about six signs that a woman may be using you.

The Psychology Of Manipulation

Dr. George Simon is one of the world’s foremost experts on the psychology of manipulation. Simon’s testimony of just how he came to specialize in this field is quite telling of the effects of manipulation.

According to Simon, he frequently counseled people suffering from gaslighting syndrome, though it was not known by that name at the time.

Per Psychology Today, gaslighting syndrome (or simply ‘gaslighting’) is a form of psychological abuse that causes one to “doubt her or himself, and ultimately lose her or his own sense of perception, identity, and self worth.”

At first, Simon didn’t know the root cause of perplexed, depressed, traumatized mind state affecting many of his patients. “They felt crazy, but they couldn’t pinpoint why,” says Dr. Simon, “However there was always someone in their life which they just knew at some gut level there was something wrong with … And that made them confused, angry, depressed, and feeling pretty crazy.”

Okay, so we know of the psychological effects of manipulation, but what about its causes? Of course, we must peek inside the mind of a chronic manipulator to come up with some semblance of an answer.

According to Simon, covert-aggression lies at the heart of manipulation. Manipulative people are very adept at initiating conflict that is subtle, if not undetectable.

Covert-aggression is not to be confused with passive-aggression. Passive-aggression, as the name implies, involves the use of passive emotions to resist harmony. Examples of passive-aggressive behavior include the “silent treatment,” deliberate sullenness, putting, whining, and intentionally “forgetting” with the intent of inflicting emotional harm.

Covert-aggression, meanwhile, is not passive but active. Covert aggressives use calculated, deliberate, underhanded tactics to achieve their aim. Meanwhile, a gifted covert-aggressive person finely veils their intentions to go unnoticed.

More about how to detect and overcome covert-aggressive actions later. Let’s get to the main topic: six signs that a woman is using you.

6 Signs A Woman Is Using You

This first sign of outright manipulation is ironic. The actions implicating the person are astoundingly obvious, yet are somehow effective.

Recently, this writer was watching a dating show when a contestant made some ridiculously audacious statements. Here were some of the flummoxing utterances from this conniver:

– “I’d like for the person I’m dating to let me travel the world.”

Then there’s this gem. When asked about traveling the world with her husband, she said “Okay, but it’s fine if he has to work. I can just go by myself.”

What did the poor sap who had to live through this ridiculous interchange do? Absolutely nothing! In fact, he agreed to go out with her!

Now, we can only speculate as to the man’s motivations/outright lack of awareness. But this may very well be a scenario where a near-absence of attention, poor listening skills, or a combination of the above leads to a life of abject misery.

The second sign that a woman is using you is that she always has the final say. She cares little to nothing about what you want to do, where you want to go, or anything else. Before you can say, “It would be nice if just that once…” she is getting ready.

She got her way. Again.

This isn’t normal or healthy. Every true, wholesome romantic relationship is built on compromise. Both people should not only feel a need to forfeit decision-making authority to their partner from time-to-time but want to do so out of love and respect.

The fact that she is either unwilling or unable to meet you halfway on anything is a sure sign that she is using you.

While it is true that each person shows their affection in different ways, showing little interest or care towards your partner isn’t a good sign.

Think about it. Most of our lives, we’re away at work or handling this or that responsibility. The little free time that we do have is precious. As such, how a person spends their free time is quite telling of what they ultimately value.

If your lady seems to spend more time doing just about anything else than paying attention to you, something’s amiss.

Expert manipulators are incredibly subtle and selective in their tactics. As you are her target, she is going to do anything she can to draw and hold that veil over your eyes.

Popular  Causes of back pain between the shoulder blades

Of course, she can’t do this with everybody all the time. Unless she’s a textbook narcissist (which is certainly a possibility!)

Instead, what usually happens is that the ice queen drops her guard around other people. For those that she isn’t interested in getting anything out of, she may just bear all. Or maybe she won’t. Either way, if multiple people are coming to you only to voice their concerns, there’s likely something you’ve overlooked.

Another possible sign that a woman is using you is if she doesn’t value your time. Maybe she shows up late, cancels plans, or always insists that you cater to her schedule. Regardless, not valuing someone’s time is at best a sign of disrespect, and at worst a display of contempt.

A woman who doesn’t value your time isn’t worth the trouble. And she may just be using you.

We’re all familiar with how it feels to received mixed signals from someone. It doesn’t feel good. Especially when you’re falling for someone, and they refuse to acknowledge or contemplate the future of your relationship.

It’s never okay to demonstrate your love and affection for someone only to shun any dialogue about commitment. Worse still, is being open to future possibilities one day while practicing escapism the next.

Whether or not she is using you is almost beside the point at the stage. As this sort of behavior is an outright display of emotional immaturity, it’s probably best to move on.

Final Thoughts: Listen To Your Instincts

“Learning how to recognize an aggressive move when somebody makes one and learning how to handle oneself in any of life’s many battles has turned out to be the most empowering experience for the manipulation victims with whom I’ve worked.”

This Final Thoughts section is above detecting and overcoming covert-aggressive behavior in any social setting and in any kind of relationship, romantic or otherwise, by paying attention to your instincts.

Let’s go back to what Dr. Simon says about victims of manipulation feeling “at some gut level there was something wrong with” a person who they reveal was driving them near-crazy. In many scenarios where manipulation is present, the victim admits to having a gut sense that something is wrong.

It Is Therefore Vital That We Not Discard Our Instincts About A Person.

Unfortunately, feelings of guilt often arise whenever we call to question someone else’s motives. This is especially true if the potential manipulator is someone for whom we care.

It is possible to think objectively about gut feelings that arise. Set aside your feelings and ask a few simple questions like:

– Would I ever treat someone that I love this way?

– Do I feel genuinely cared for?

– How do they react when I’m honest with my thoughts and feelings?

When answering these questions, listen not only to your mind but also to your heart. They will lead you to the truth. 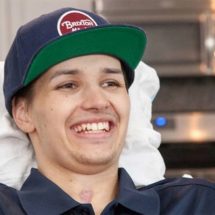 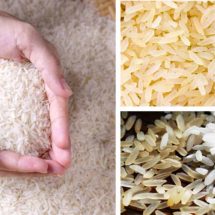 Warning! China Is Producing Plastic Rice – Here’s How to Recognize It 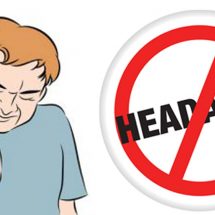 How to Get Rid of Your Headache Easily and Without Pills