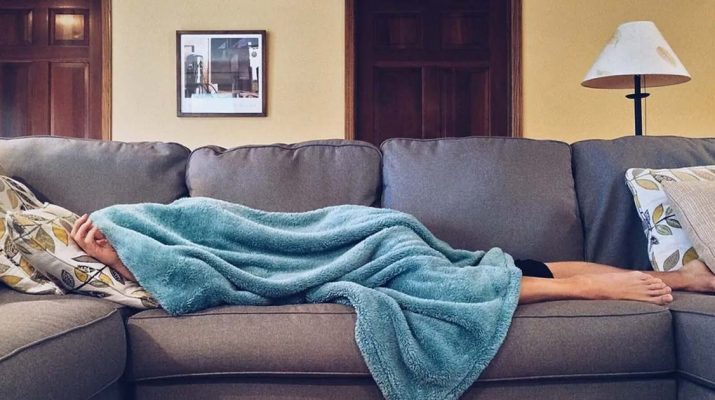 A sore throat is a big buzz kill. It can prevent you from being productive at work or hinder you from enjoying your day. How does it happen?

It occurs as an immune response to bacterial or viral infections. The natural immune response of your body results in swelling and inflammation of the throat’s mucous membranes. Lucky for you, numerous natural treatments may offer relief, including others that have scientific evidence. Here are twelve natural sore throat remedies.

From the middle ages, the marshmallow plant has been utilized to cure sore throats and other infections. The plant’s roots have mucilage, a substance that resembles gelatin that lubricates and coats the throat after swallowing it.

Lozenges that have marshmallow root have been studied in animals and discovered to be nontoxic and effective, even at extremely high doses. You have to develop a root infusion of the marshmallow plant to cure your throat.

Pour the amount you desire in a glass and add sweetener if you wish.

Sip on the drink throughout the day to minimize your symptoms. Picking dried marshmallow root of high quality from a source that is reliable is significant. You can find various products in stores and online.

In addition to being a cooking herb, sage is also a medicinal herb. Having originated from the Mediterranean, the plant is now growing in all parts of the world. The herb has been utilized in treating a variety of inflammatory conditions, and research has revealed that it can be an ideal sore throat remedy.

A study has found out that a spray made from sage-echinacea is a bit more effective in sore throat reduction than a chlorhexidine lidocaine spray. There were no negative side effects of the two treatments.

Echinacea is another herb that is used widely in ancient medicine. It has been discovered to reduce inflammation and fight bacteria. You can use both sage and Echinacea to develop an effective sore throat remedy.

Use a strainer to pour the solution and mix it with half a cup of hard alcohol. If you prefer no alcohol then you can skip it. Put the mixture in a small spray bottle and spray into your throat every two hours or as required.

Ginger is an herb with anti-inflammatory and anti-bacterial impacts that may aid in relieving a sore throat. According to research, the application of ginger to throat culture from patients of bacterial respiratory tract infections found that some of the bacteria responsible for the infection were killed.

You can buy ginger root tea from online shops or a majority of the markets. You can also develop fresh ginger tea in your kitchen.

Popular  How Our Zodiac Signs Influence Personality and Relationships

Ingredients include lemon juice squeeze, one teaspoon of honey or another sweetener, one liter of water, and fresh ginger root. Peel the ginger root before grating it into a tiny bowl. Then boil the water in a heavy saucepan and remove from stove.

Put one tablespoon of grated ginger into the saucepan and use a lid to cover it. Leave the solution for ten minutes and then add lemon juice and sweetener. Stir to mix. You can serve the sore throat remedy cold or reheat it.

Cinnamon is a delicious spice and fragrant that is rich in antioxidants and offers antibacterial benefits. It is an ancient treatment for flu and colds, and it is utilized in Chinese medicine in the easing of sore throat pain. You can get it in both herbal and typical varieties in a majority of the grocery stores.

You can include cinnamon in black or herbal tea. Another tasty option is to make cinnamon almond milk that may be particularly soothing to the throat, making it a perfect sore throat remedy.

Ingredients for cinnamon almond milk include one tablespoon of honey or another sweetener, one cup of almond milk, an eighth teaspoon of baking soda, and a half teaspoon of ground cinnamon.

Put baking soda and cinnamon in a saucepan before mixing. Add almond milk to the mixture and mix again until they combine well. Heat the saucepan on a stove until the mixture starts to simmer and remove. Stir in sweetener and serve.

Coconut oil is a dynamic food with numerous health benefits. According to research, it can aid in fighting infection, reducing inflammation, and relieving pain. The oil is so soothing that it assists in the lubrication of the throat’s mucous membranes.

You can use it by adding a teaspoonful to hot cocoa or hot tea. You can also add a teaspoonful to a bowl of soup. Additionally, you can place a spoonful in your mouth and let it slowly pass through your throat as you swallow it.

It is ideal to limit the consumption of coconut oil to two tablespoons each day because it can  lead to laxative effects when consumed in high dosages. If it is your first time to drink coconut oil, use only one tablespoon at a time to reduce potential side effects.

Despite the lack of research on its capacity to be a sore throat remedy, studies on patients of major surgeries have shown that the plant has a significant effect in throat pain reduction when the breathing tube is removed. A study discovered that gargling your throat with licorice water before surgery minimizes the risk of suffering from a sore throat by 50 percent, in comparison to using sugar water.

You can buy the licorice root tea from online stores or natural grocery stores. You can also make it from your kitchen. Mix hot water with ground licorice root and leave it for five minutes before straining it and drinking it.

Gargling salt water is a popular method of treating a throat infection. The salt assists in minimizing swelling by removing water from the tissue in the throat. It also helps in killing microbes that are unwanted in your throat.
Mix one teaspoon of salt and one cup of water and stir for it to dissolve. Gargle with a mouthful of the mixture for half a minute, every hour.

Apple cider vinegar has been used in ancient medicine for thousands of years as it is a natural health tonic. Its primary active ingredient includes acetic acid, which aids in fighting bacteria.

Lemon water is an excellent beverage that may aid in the reduction of throat pain that takes place during the flu or a cold. Lemon has antioxidants and vitamin C. It also boosts the production of saliva, keeping the mucous membranes wet.You can maximize the advantages of lemon water by mixing it with salt water or warm water with some honey.

Chicken soup is a popular natural remedy for throat infection and cold. It is also a comfort food that boosts the level of fluids in your body during an illness.
It is best to include garlic in the soup since it has bioactive compounds that may be beneficial when you are ill. You can stock your kitchen with canned chicken soup in advance. You can also make delicious homemade chicken soup.

Peppermint has anti-inflammatory compounds and has an excellent soothing impact on your throat. The mint can relieve throat pain by numbing the throat a bit. You can find a variety of peppermint herbal teas in retail shops.

You can also prepare your peppermint tea at home by boiling fresh peppermint leaves for five minutes before straining the leaves. The tea is caffeine-free and does not need sweeteners since it has a naturally sweet flavor.

Chamomile is a plant that resembles daisies and has been used as an ancient medicine for centuries. It is popular in the form of tea.Chamomile tea aids in the promotion of restful sleep that is essential to healing. According to research, chamomile aids in pain reduction and fighting infection. Chamomile tea can be found in online shops and grocery stores.It contains a pleasantly mild flavor and aroma. Similar to other herbal teas, it is caffeine-free.

Bottom Line On Treating A Sore Throat At Home

From marshmallow root to chamomile tea, these remedies will work like a charm. Even better, you can make them yourself in under ten minutes.
But ensure you seek the help of a physician in case the infection lasts for over a few days or is very painful. When the pain is severe, it may indicate serious throat infections like tonsillitis or strep throat that need medical attention. 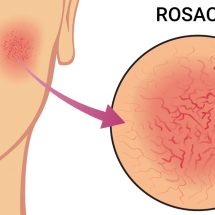 5 Early Warning Signs of Rosacea (and How to Treat It) 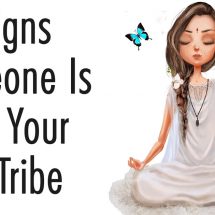 11 Signs Someone Is From Your Soul Tribe 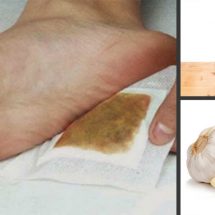 Make Your Own Foot Pads to Release Toxins from Your Body