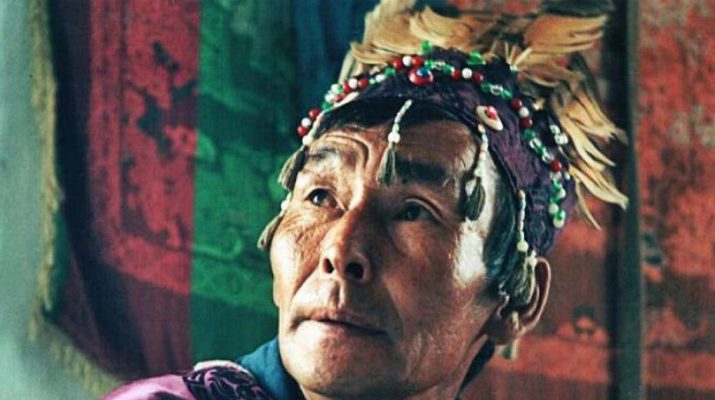 While our medicine sees mental illness as a behavior that needs to be stopped, a West African shaman by the name of Dr. Malidoma Patrice Somé has a completely different view.

Dr. Somé proposes that conditions like depression, bipolar disorder, psychosis, and schizophrenia may perhaps be a remarkable transformation in consciousness and an inevitable step towards human development.

Dr. Somé and the Dagara people support the shamanic view, which sees mental illness as “the birth of a healer.” According to their beliefs, this person has been selected as a medium for a message to the community.

“Mental disorder, behavioral disorder of all kinds, signals the fact that two obviously incompatible energies have merged into the same field. Disturbances result when the person fails to acquire assistance in dealing with the presence of the energy from the spirit realm.”

Dr. Somé suggests that chaos occurs in case the relationship between the living and the dead is not in balance. According to the belief of Dagara, if such an imbalance exists, the living must heal their ancestors, as their sick energy will haunt the souls and psyches of their descendants.

When he first visited the United States in 1980, he was surprised to see how the country deals with mental illness. He was startled to see that patients in the psychiatric ward were exhibiting the same symptoms as those he had seen in his village. 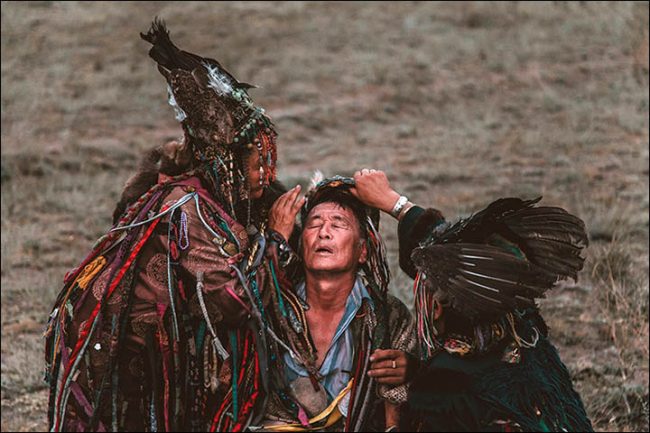 What struck him was that the attention given to such symptoms was based on pathology, on the idea that the condition is something that needs to stop, which was in complete opposition to the way his culture views such a situation.

“So this is how the healers who are attempting to be born are treated in this culture. What a loss! What a loss that a person who is finally being aligned with power from the other world is just being wasted.”

During his visit, he did not hide his shock at how the westerners were wasting power from the other world. He said that while he was in the mental facilities, he could see many elements flying above the people with a mental health condition.

“The beings were acting almost like some kind of excavator in the energy field of people. They were really fierce about that. The people they were doing that to were just screaming and yelling.”

Dr. Malidoma had to leave the mental facility due to the overwhelming energy.

Moreover, he adds that when they cannot understand the cause of a certain behavior, people in the West label the person “insane” and prescribe high doses of antipsychotic drugs which hinder spiritual evolution.

Shamans and psychics claim to be able to see “entities” or “beings” that linger in the presence of these individuals, and Dr. Somé believes the screaming and yelling exhibited by the patients in the psychiatric ward to be a sign that these entities were trying to rid the medication out of their bodies.

According to the Dagara tradition, these people are the bridge between the physical and spiritual world so they need to reconcile with the energies of both worlds. Failing to do this, aborts the birth of a healer and sustains the initial disorder of energy.

Dr. Somé defines schizophrenia as having receptivity to a flow of images and information, which cannot be controlled.

“When this kind of rush occurs at a time that is not personally chosen, and particularly when it comes with images that are scary and contradictory, the person goes into a frenzy.”

To clear foreign energies out of the aura of a person, shamans use a practice known as a “sweep”. The shaman then aligns the high-voltage energy of the spirit attempting to come through from the other world and in turn, give birth to the healer.

When the energy channeled is negative, shamans remove it from the aura instead.

During his visit to the USA, Dr. Somé was curious if his techniques would be universally applicable. To test his belief that the shamanic view of mental illness holds true in the Western world as well as in indigenous cultures, Dr. Somé took an 18-year-old mental patient, Alex, back to Africa with him, to his village. He says:

“I was prompted by my own curiosity to find out whether there’s truth in the universality that mental illness could be connected with an alignment with a being from another world.”

The boy has spent four years of hospitalization and was suffering from hallucinations, suicidal thoughts, and severe depression. He received a lot of drugs, but nothing was helping. His parents had tried everything, but unsuccessfully, and they were desperate.

According to Dr. Somé, after eight months of participating in Shamanic healing rituals and understanding his gifts as a healer, Alex had become “quite normal.”

Dr. Somé reported that the boy was even able to participate with healers in the business of healing. He sat with them all day long and helped them.

The boy decided to remain in the village for four years as a healer, and it was not because he needed more healing. He felt safe there.

To bring his energy and that of the being from the spiritual realm into alignment, the boy went through a shamanic ritual designed for that purpose. Yet, this ritual was a bit different than the one used with the Dagara people.

Dr. Somé explained that this was since he wasn’t born in the village. Yet, the result was similar, indicating that the connection between other beings and mental illness is indeed universal.

After the ritual, Alex started sharing the messages that the spirit being had for this world. This experience made him decide to go to college to study psychology, and after four years, he returned to the United States.

The last that Dr. Somé heard was that Alex was in graduate school in psychology at Harvard. Dr. Somé concluded that spirit beings are just as much an issue in the west as in his community in Africa.

Therefore, it is Dr. Somé’s view that a ritualistic approach to mental illness can offer an array of opportunities and improve the mental health of a person.

If Your Body Suddenly Jerks While Falling Asleep (Hypnic Jerk), This Is What It Means… 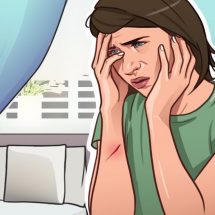 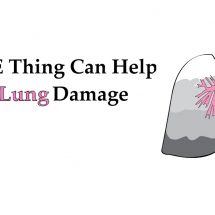 This ONE Thing Can Help Reverse Lung Damage