The drugs designed for treating Parkinson’s disease focus on a certain protein in one specific tissue. However, that very same protein has a possibility to perform a function in a completely different tissue.

As a result, off-target effects occur. Moreover, scientists have been trying to find a solution for this problem. This is the reason why they focus on coming up with other drugs can be very effective, but the scientists never considered them.

Therefore, they have to think outside the box to come up with new, more innovative, solutions.

Scientists found a number of medications for asthma along with clenbuterol, which might be useful for Parkinson’s. They believe that this medication can lower the risk of developing Parkinson’s disease.

When a certain group of neurons dies, the same neurons that help regulate the muscle activity, they can lose control of the muscles and cause tremors. As a result, Parkinson’s disease starts to develop, and the dead cells start to accumulate.

With the help of brain tracking, researchers were able to see that the adrenaline receptors reacted to the drugs and can lower the risk of developing this disease.

Moreover, people who have more copies of the gene (that comes from the protein α-synuclein), are highly more likely to develop Parkinson’s later in their life. Therefore, scientists decided to come up with a drug that can suppress it.

The Goal of the International Team of Researchers

A huge team started examining more than 1,000 different drugs that might prove useful for solving this problem. In addition, they decided that only 35 were used for reducing the overall activity of the protein α-synuclein.

Furthermore, the chemicals in the drugs can activate the adrenaline receptors and decrease the levels of this protein. Fortunately, these drugs are in use, but people use them to treat asthma. However, they might prove useful for relaxing the muscles as well.

There are two medications that proved problematic, like salbutamol and propranolol. People use propranolol to balance the blood pressure and irregular heartbeats. However, researchers believe that these medications can slightly increase the chance of developing Parkinson’s.

Even the stem cells reacted to these drugs. As a result, the α-synuclein protein might reduce and decrease the mortality of the cells. In the end, researchers believe that people shouldn’t rush to get these drugs because they are not approved by the FDA to treat Parkinson’s.

But, if you do try to take them as a medication for treating Parkinson’s, you might increase the chance of cardiovascular diseases.

Popular  Burn Bay Leaves In Your Home For 2 Amazing Benefits! 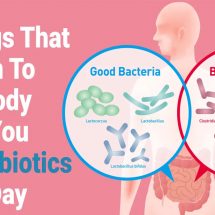 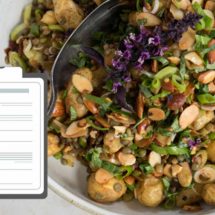 A 1,350 Calorie Daily Meal Plan to Lose Weight in 4 Weeks 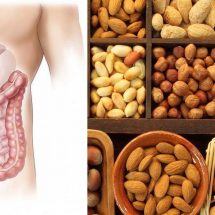