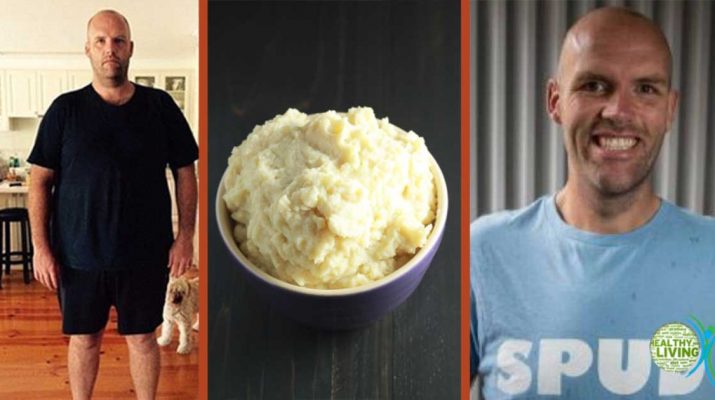 This man lost more than 50kg just by eating potatoes for the last twelve months. He also claims that his cholesterol levels decreased while he lost weight.

Andrew Taylor from Australia, Melbourne says that this diet helped him battle his addictions for eating unhealthy foods. However, people grew more skeptical each day whether he choose the right way to do it.

Since Taylor had a hard time quitting his unhealthy habit, he figured there should be one food out there that he would love eating every day. That is when he decided on a potato-only diet. Plus, they are tasty and healthy to eat.

Potatoes contain iron, vitamin C, and fibers, along with the necessary amount of carbs the body needs. Even though Taylor posted his diet on social media to inspire people to try the diet, some criticized him for it.

But, Taylor says that his dietary restriction hasn’t affected his social life at all. To make things more interesting, he even called the restaurants before going there to see if they had potatoes on the menu.

To conquer his cravings for other food, he ate some interesting toppings like coleslaw or bean chili over the potatoes. As a celebration for his astounding accomplishments, Taylor decided to plan a dinner with other foods on Jan 1, 2017.

Even after many dieticians and nutritionists said he would lack nourishment, his health seemed to drastically improve each day. As a result, Taylor’s doctor approved his potato-only diet. Taylor continues to challenge people to try this diet and see for themselves.

Is the Potato-Only Diet Good or Bad?

It all depends on your diet and how your body will react to it. It might be effective for some, and disappointing for others. Nevertheless, consuming a variety of foods is crucial for maintaining a healthy body.

Even though this regime is low on fat, the restricted consumption of only one food can cause constipation. Plus, it lacks omega three fatty acids which are important for the heart and brain. In the end, your body might lack vitamins A, K, and E.

Therefore, this diet may be good for men, but not for women. So, it is not a good idea for most people, especially the ones that need more vitamins and nutrients to function.

Tell us your thoughts. Will you consider trying this diet, or you have already tried it? Leave us a comment and let us know what you believe is best to eat to lose weight.

Popular  Why Should You Put Onions On Your Feet Before Bed? 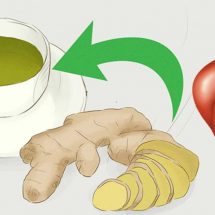 The Ginger Tea Recipe That Can Cleanse the Liver, Dissolve Kidney Stones, and Destroy Cancer Cells