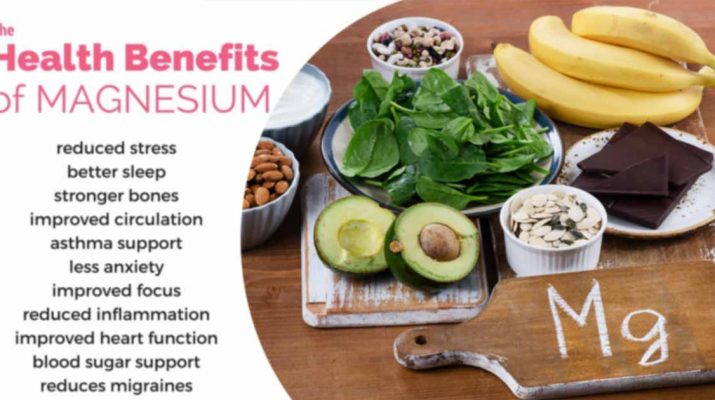 The head of the study published in Biome Central, Fudi Wang, PhD, gives an explanation of the risks of low magnesium intake. He says that lack of magnesium in the organism is linked to many diseases. However, there is still no final evidence about the connection between magnesium and possible health harm.

Also, Wang says that their study results show a connection between the effect of magnesium in diet and lowering the chance of getting some disease. Their discoveries would help people to lower the health risks by consuming more magnesium.

The researchers are optimistic that this news would stimulate humans to consume enough magnesium. Also, they hope the dietary instructions will change, so the health issues caused by a deficiency of magnesium would be lowered.

Problems with the Heart Connected to Lack of Magnesium, and Science Makes a Mistake

A new study from 2013 revealed more about the heart diseases from what was known since 1937. Apparently, the increased cholesterol or saturated fats are not the main reason for heart problems, but the deficiency of magnesium. Dr. Mildred Seelig, took over 40 years to research the connection between magnesium and heart diseases. So, Andrea Rosanoff, who is a scientist and author, conducted a review for 10 years which was based on the previous study of Seelig.

Rosanoff’s finding says that lack of magnesium is linked to the causes of cardiovascular diseases, like cholesterol and increased blood pressure, atherogenesis, atherosclerosis, and the soft tissue calcification. She says that for a long time the scientists were looking in the wrong direction, while the real reason for many health problems was decreased intake of magnesium.

Also, Andrea Rosanoff explains that back in 1957 was known that magnesium was the reason for atherogenesis and atherosclerosis. Nonetheless, this was not taken seriously because the attention was turned to the fight against the increased cholesterol and saturated fats.

The mistake that scientists did was when the results of the findings were clear; they made a particular course of dealing with heart diseases. But, this had negative results, since people took more calcium, and did not pay attention to magnesium intake. So, it got worse. And, as Rosanoff explains, when people do not consume even amounts of magnesium and calcium, there are bigger chances of heart diseases.

Evidence that Cannot be Ignored

Carolyn Dean, an MD and ND, also a representative of the Nutritional Magnesium Associations, says that the heart problems are still the reason for many deaths in the USA. So, it is clear that high cholesterol is not the cause due to the statins that doctors prescribed to patients did not work in reducing the heart diseases.

Even though there are different kinds of diseases as a result of lack of magnesium, Carolyn made a list of the top 6:

A representative of Prevention Magazine, Ashley Koff, who is also a dietician, said that magnesium deserves to be paid attention to since it is very important for human health.

Moreover, Koff thinks that fixing amount of magnesium intake as a recommendation is of extreme importance for health problems nowadays.

According to Koff, it is not easy to achieve an acceptable amount of magnesium consumption. She believes that magnesium is a crucial part of the daily nutritive intake in order to prevent heart problems.

In a study from 2017, March, researchers discovered that high blood pressure was linked with magnesium in young people who live in higher places in Argentina.

Another study that had a duration of 3 months, and was placebo-controlled, discovered that the magnesium intake had a positive impact on the metabolism of obese people, and diabetics who had continuing, no severe kidney disease.

What is the Reason Behind the Importance of Magnesium Intake?

The host of the popular and awarded Dr. Oz Show, Dr. Mehmet Oz, explains that magnesium is vital for regulating the metabolism, lowering blood pressure, and dilate arteries. Dr. Oz is also a vice-chair and a professor at the University of Columbia.

In addition, Dr. Oz says that three of four citizens of the USA do not take the needed magnesium amount, and that results in magnesium deficiency.

The WHO suggests 400-500 milligrams of calcium; doctor Dean recommends 1:1 balance with magnesium, adding vitamin D and K2. She says that these amounts of mineral and vitamin intake will be a protection for your bones and heart.

The research of Wang made an analysis on data from 1999-2016 on 40 epidemiological studies. They were searching the connection between magnesium and various diseases. The researches included 24-hour food diaries of the magnesium intake, which were reported by people. The results were different.

Also, the biological, lifestyle, gender, and the location of the study were taken into consideration. Subsequently, Wang explained that the researchers analyzed the response of every increase of 100 milligrams magnesium on a daily basis.

They concluded that increased magnesium intake would improve health in general, not only cardiovascular issues.

Wang reported that magnesium is crucial for people’s health and normal biological functions such as glucose digestion, producing protein, and synthesis of DNA or other nucleic acids. The vital source of magnesium are foods such as beans, cocoa, spices, nuts, and green leaves veggies.

Foods that Contain High Amounts of Magnesium: How to Fight Heart Diseases

A number of the most important minerals in your body is magnesium. Over 300 enzymes depend on magnesium for a normal nerve and muscle function that is connected to energy, loosen blood vessels, great teeth, and bone development, also the control of insulin levels and sugar in the blood.

Your body gets detoxicated with the help of magnesium, also the producing of glutathione. Magnesium has a takes part into the function of mitochondria and

in boosting energy. When you consume enough magnesium, the excess amount is flushed away.

According to “The Magnesium Miracle,” Dean’s book, she suggests consuming 200 milligrams 2-3 times a day, since it can take a role as a laxative. Depending on the age and gender, many scientists recommend nearly double of that magnesium intake.

Here is a list of foods that are rich in magnesium:

Also, some other foods that you may add to your daily diet are Alaskan salmon, pumpkin and sunflower seeds, cashews, almonds, Brazil nuts. Plus, some spices and herbs such as cumin, chives, parsley, coriander, mustard seeds, basil, fennel, and cloves. 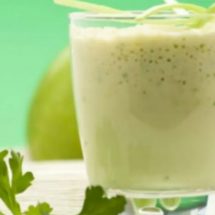 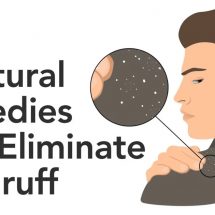