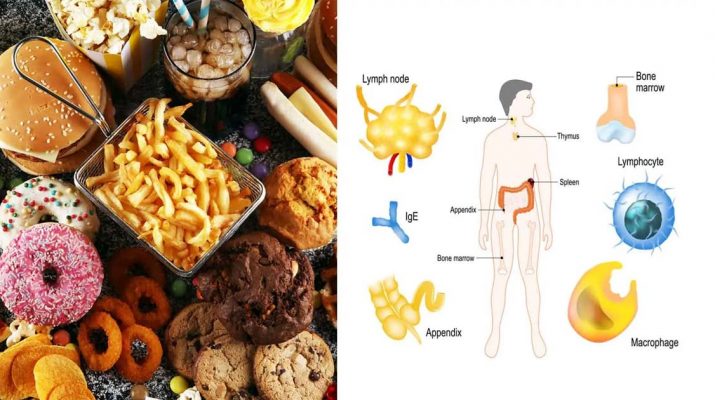 Fast food has become the easiest way for many families to get a hot meal. Americans are increasingly busier, and finding time to put dinner on the table is almost impossible for some people. However, while it may be quick and convenient to stop at the local drive-thru for a bite, what is all this saturated fat and sugar doing to the body? Specifically, what is it doing to your immune system?

Sure, an occasional hamburger from your favorite establishment isn’t going to kill you. Still, new research shows that consuming too many quick meals can have a devastating effect on your immune system.

The problem with local takeout joints is that their food is highly processed. It’s shallow in nutrients while being very high in calories. Additionally, these take out places often use high amounts of sugar, salt, and fat to make their food taste great and last longer.

Most food sits in warming trays for long periods. They must use methods so that when customers arrive, they can quickly get their food and go. What do doctors say about junk food?

Dr. Phil Maffetone strongly opposes consuming any quick, to-go food. He states that in his studies, he has found that eating junk food is just as addicting to some people as taking drugs or alcohol. He also doesn’t buy into the healthy options offered by these establishments because they are still unhealthy enough to be classified as junk food.

Dr. Joel Fuhrman advocates for healthy eating. He is one of the many physicians that vocally oppose the effects of a poor-quality diet. His research proves that junk food has a direct link to some severe health conditions. A constant diet full of junk food will cause the following:

Junk food has a profound effect on your health. The average family frequents the local drive-thru more than they should. Did you know that more than 45 percent of the population budgets nearly half of their grocery money for eating out?

Things weren’t always this way. Going back in time about four decades, a family hardly ever ate outside the home, and they didn’t have the health concerns of today. You didn’t hear of cancer and ADHD affecting a massive amount of people.

Cancer is so rampant right now that it’s become an epidemic. Could all of these medical issues be because of a poor diet that consists of fast and other junk food varieties? Part of the problem is it’s hard to estimate your calories and keep track of fat when you’re eating on the go.

The Biggest Threat To A Quick Food Diet Is Obesity

The biggest concern regarding overeating fast food is obesity. Americans are heavier than ever, with two out of three adults falling into the overweight category. Shockingly, it’s not just adults that are large, as one-third of children are also considered obese.

Popular  11 Natural Antibiotics That Kill Bacteria in Your Body

The American Association of Clinical Endocrinologists states that weight problems are so out of control that obesity is now a disease. Since 1970, when Americans mostly ate their meals at home, the number of people that struggle with weight has more than doubled.

Obesity comes from a sedentary lifestyle and a poor diet. The extra weight can wreak havoc on muscle mass and bone density. A person who carries too many pounds for their frame also faces an increased risk of falling and breaking bones.

Let’s not forget the significant impact it has on the body as a whole. Being overweight shortens your lifespan and puts you at risk for many diseases. The problem is people don’t watch what they eat.

Do you have any idea how much salt is in the average to-go meal? When polled, most people grossly underestimated the amount. Salt makes things taste better, even after they’ve been sitting under a heat lamp.

Fast food restaurants love to pour on the salt to enhance the taste of their meals. The problem is that all that extra salt causes the body to retain water. Most people feel bloated or swollen after consuming these meals.

If you have blood pressure problems, overeating salt can be hazardous. You’re only supposed to have 2,300 milligrams per day, and one fast food meal can equal your entire day’s requirements.

Dr. Pinky Agarwal is a neurologist that focuses on brain disorders. She believes that too much salt also affects brain function. In her studies, she has shown how a Parkinson patient who consumes too much sodium has more significant symptoms than one who keeps things regulated.

You drive through your local pick-up spot, grab your favorite meal, and eat it on the way home. Later in the evening, you notice your feet are puffy and your stomach bloated. You don’t feel good, and your lethargy sends you to bed early.

Does this sound like a familiar scenario? A recent study shows that the body

Your immune system immediately starts working in overdrive at first sight of any foreign invaders. The University of Bonn studied how your body treats these junk foods as an infection, and it causes your immune system to become more aggressive.

The standard Western diet is full of fat, sugar, and carbs, but it’s low in fiber and nutrients. The study used mice to simulate our dieting trends. They fed all the mice junk food and watched as their bodies reacted.

Some of the mice were then taken off the high-fat diet and put on a low-calorie, healthy plan. However, their immune system had already been reprogrammed. So their immune cells remained unchanged.

Dr. Eicke Latz oversaw the study in Germany. He firmly believes that eating a diet so high in fat, sugar, and sodium, permanently alters the body. This study shows that the immune system has a memory.

Popular  If Blueberries Were Medicine, They Would Be the Best Drug in the World Ever

He says the body’s response to fast food is the same as an infection. The immune system becomes aggressive. When the body is sick, the defense team goes into a panic state. It begins working in overdrive. It quickly identifies any new attacks and responds faster than usual.

When the body is continuously consuming foods that the body sees as harmful, the immune system is always in a heightened state of alert.

Other Impacts Of Fast Food

Other shocking things found in the University of Bonn study include the fact that life expectancy in Western countries is decreasing. These happen to be the areas where high-fat diets with little exercise have become commonplace.

What will the generation of tomorrow look like? These children see poor eating habits that will carry on into their lifetime. Regardless of the billions of dollars spent in the dieting industry each year, many still try to consume fast food on a healthier level.

The medical community warns that take out food isn’t healthy at all, regardless of how it’s labeled. Take, for instance, a salad at the local burger shop. A southwest chicken salad has around 520 calories before adding any dressing. With dressing, it can put the meal over 900 calories.

Now, the standard single hamburger has around 300 calories. So is the healthy option a healthy option? It’s all about marketing and ploys to get more money. These places don’t care about your health; they want to sell products.

Are You Depressed Because Of Your Diet?

People who continuously consume fast food have higher rates of depression. 16.2 people in this country are depressed. Does their diet play a significant part in their mental well-being?

The Keto diet has made news recently because of its ability to provide mental clarity. The diet eliminates sugar and restricts carbohydrate intake. Shockingly, it shows that people who cut these things from their diet improve their focus, depression, and anxiety.

Food is fuel. Stopping by the local burger shop may satisfy a short-term hunger, but the long-term picture is anything but positive. People that eat junk food are 50 percent more likely to develop depression than someone who eats a healthy, well-balanced diet.

They say you are what you eat. Most people find themselves in a time deficit. To combat the inability to cook a meal, they grab something quick on the way home.

The problem is these quick meals are putting your immune system in overdrive, increasing your waistline, and causing a firestorm inside the body. Your body is worth the extra effort to make a home-cooked meal that is healthy and nutritious.

Your children are watching your eating habits, and they learn by example. Do you want to shorten your life span just for the convenience of a burger on the go? It’s certainly something to consider before stopping for the quick fix to your hunger issues. 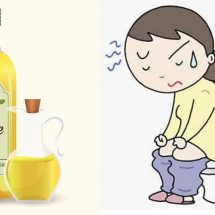 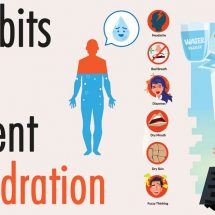 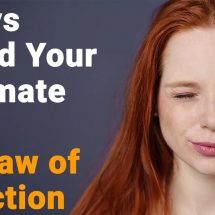