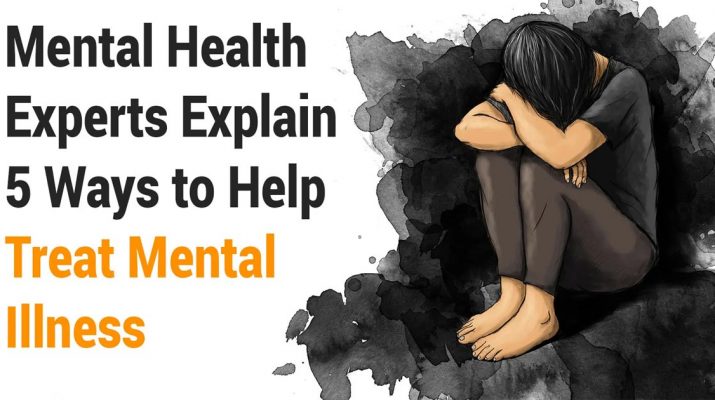 If you’re struggling with a mental illness, you are not alone. According to the National Alliance on Mental Illness, nearly 12 million Americans experience a mental illness of some kind within a given year, which significantly disrupts their lives.

While medication and psychotherapy are immensely helpful, there are many more things that those with mental illness can do to cope with their condition. Whether you are struggling with depression, anxiety, PTSD, or any other form of mental illness, the steps you take following your diagnosis can have a profound effect on your overall health and wellbeing.

Of course, this is not to suggest that one must overhaul their lives as coping with mental illness can often be a matter of making small changes, some of which include meditation and exercise, for example. In this article, we will go over five things that you can do to make life with a mental health disorder that much more manageable.

5 Things You Can Do About Mental Illness

The first step toward being able to better cope with your mental health disorder should include radical self-acceptance, which is fully accepting something with your heart and your mind. In essence, this means coming to terms with the fact that no matter what you cannot change a situation or the circumstances that led up to it.

In the context of a mental health disorder, for example, accepting the fact that you have a problem as opposed to pretending it doesn’t exist can incentivize you to seek help and also make self-care a priority. After all, you can’t resolve a problem in your life without first acknowledging that you have one.

It is also worth noting that self-acceptance can completely change how you feel about yourself as it allows you to stop comparing yourself to others and enables you to feel more comfortable in your own skin.

For those who may not be familiar with this breathing exercise, it is based on pranayama, an ancient yogic technique that revolves around controlling one’s breathing through exercise, poses, and specific breathing techniques and sequences.

The general premise behind 4-7-8 breathing is that it is designed to promote deep relaxation by allowing individuals to focus on their breaths as opposed to fixating on their mental health disorder. It is also important to note that 4-7-8 breathing is especially beneficial for those struggling with anxiety in that it minimizes ruminating thoughts, soothes heart palpitations, and calms nerves.

While this breathing exercise may sound peculiar, it is highly effective when it comes to promoting a state of relaxation. In fact, many people have credited these breathing exercises with helping them to overcome severe panic attacks and deep feelings of anxiety and depression.

For example, if you feel like isolating yourself, you should do the opposite by surrounding yourself with friends and family. To further get you out of your comfort zone, you may even want to strike up a conversation with a stranger or an acquaintance.

It is also worth noting that opposite-to-emotion thinking has been proven to help those who may be struggling with mania and hypomania associated with bipolar disorder in that it helps with mood stabilization. The path that you take toward opposite-to-emotion thinking is entirely up to you; however, it should be one that contributes to improving your overall health and wellbeing.

Whether you’re struggling with PTSD, anxiety, depression, or any other mental health disorder, it is easy to become preoccupied with your own thoughts. Practicing mindfulness can help you silence those thoughts by focusing on your environment and acknowledging how your five senses are not only receiving but also processing the stimulus energy from that external environment.

If you’re experiencing a panic attack, for example, instead of allowing yourself to become consumed with fear try focusing your attention on the objects in your environment, such as plants, furniture, and other decorations.

Similar to breathing exercises, practicing mindfulness helps distract you from the symptoms of your mental health disorder and enables you to calm down. This process may seem challenging the first few times you try it, but it will become easier over time and will eventually become second nature.

One of the best ways to combat the negative feelings and emotions that are often connected to mental health disorders is by changing the way you identify with them. If your dryer, for example, all of a sudden stopped working, you could interpret this as a negative in the sense that you will probably have to let your clothes air dry; however, it can also be construed as a positive in that it enables you to save on your energy bill. Mental reframing can go a long way toward changing how you perceive challenges and the impact that you allow them to have on your life.

As far as emotional awareness is concerned, bottling up your feelings can sometimes intensify the symptoms associated with a mental health disorder. To further illustrate this point, if you are feeling depressed, allow yourself to feel depressed for a few minutes and then take the steps necessary to boost your mood like going for a walk or spending time with friends, for example. Although you may not have had a say in being diagnosed with a mental health disorder, you do have a say when it comes to toll it can take on your life and how you respond to the symptoms associated with the disorder.

When Should You Consider Professional Mental Illness Treatment?

When it comes to overcoming any mental health disorder, sometimes seeking professional mental illness treatment with a licensed therapist is unavoidable. The same applies to medication. After all, everyone experiences and handles mental health disorders differently. Although the suggestions detailed in this article may help some people, they may not work for everyone.

A mental illness treatment that includes CBT (cognitive behavioral therapy), behavioral activation, guided self-help, and other forms of talk therapy can help identify some of the factors that may be contributing to your mental health disorder.

In most cases, resolving these underlying issues can indirectly resolve the accompanying mental health disorder in the process. A mental illness treatment that includes psychotropic drugs can also be effective. Medications in this class can temporarily relieve mental health disorder symptoms while you work toward resolving the underlying issue that may have contributed to it in the first place.

Studies show that the combination of talk therapy and psychotropic drugs are highly effective in helping individuals overcome their struggles with anxiety, depression, PTSD, and many other types of mental health disorders.

Some of the more commonly prescribed medications used to treat mental health disorders include mood stabilizers, selective serotonin reuptakes (SSRIs), monoamine oxidase inhibitors (MAOIs), and antipsychotics. It is important to note that patients will have to be evaluated by a physician or psychiatrist before they will be able to receive a prescription for these types of medications.

In summation, a mental health disorder can significantly disrupt one’s life; however, there are steps that you can take minimize the symptoms associated with your specific disorder, including the ones discussed in this article.

7 Signs You’re Suffering From Sleep Apnea Without Realizing It

10 Foods That Will Boost Your Vitamin D Intake

7 Warnings Your Body Gives You When You’re Too Stressed