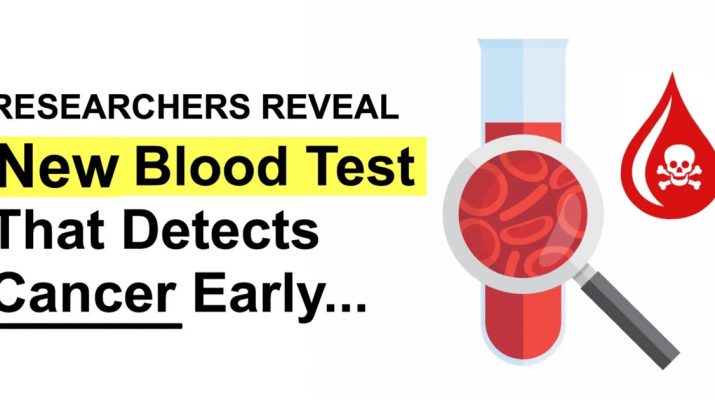 Can you imagine walking into a doctor’s office and asking for a simple blood test to catch early-stage cancer? This may soon be the new reality thanks to the efforts of scientists at The Sidney Kimmel Cancer Center at Johns Hopkins University.

Early detection of cancer is key to reducing cancer deaths, as cancer is far more easily treatable when the tumors are localized, i.e., not in the process of spreading (metastasizing).

Let’s talk some more about this exciting, potentially lifesaving study!

First, given the extremely high stakes – and the sensitive nature – of discussing a potentially life-changing subject like cancer prevention/treatment, this writer felt the need  first to address the validity of the study’s claims. Per the University’s press release, the test’s “median overall sensitivity” – or the ability to find cancer – was 70 percent.

Please understand that we take the information that we provide about studies very seriously. We will only relay information from highly reputable sources. (We provide a list of these sources at the end of the article.)

What exactly is this test?

This groundbreaking, noninvasive (non-surgical) blood test is called CancerSEEK. The test detects and evaluates the levels of eight different cancer proteins and the presence of potentially cancerous gene mutations in the blood.

What does the test measure?

Per Nickolas Papadopoulos, Ph.D., senior author and professor of oncology and pathology, CancerSEEK measures selected biomarkers – of which the researchers painstakingly investigated and selected for test usage.

(In genetics, a biomarker [or ‘genetic marker’] is a DNA sequence that causes disease or is associated with susceptibility to disease.)

How is this screening test different?

Cristian Tomasetti, Ph.D., associate professor of oncology and biostatistics, delves into the innovative approach of CancerSEEK:

“A novelty of our (method) is that it combines the probability of observing various DNA mutations together (and) the levels of several proteins in order to make the final call.”

Popular  Healthy Salad Dressings You Can Make at Home

What cancers does CancerSEEK find?

So far, CancerSEEK is “aimed at screening for eight common cancer types that account for more than 60 percent of cancer deaths in the U.S.” These include “nonmetastatic, stages I to III cancers of the ovary, liver, stomach, pancreas, esophagus, colorectum, lung, or breast.”

Here’s something noteworthy: five out of the eight cancer types detected by the test currently had no screening test before the study. That is, CancerSEEK is the first test designed to detect the cancers via a screening test successfully.

Is this test really groundbreaking?

According to the scientific literature, CancerSEEK is a groundbreaking discovery in the field of cancer screening technology. The vast majority of successful cancer “screening” occurs in the later stages of disease progression. As mentioned, this is a problem, as late detection dramatically increases the risk of death from most lethal cancer types.

Aside from being (by far) the most accurate early screening test for cancer, CANCERseek blood work successfully detected, in the early stages, five cancer types that previously went undetected. Second, although the test doesn’t pick up every cancer, it identifies many that would likely go unnoticed.

Bert Vogelstein, M.D., co-director of the Ludwig Center, Clayton Professor of Oncology and Howard Hughes Medical Institute investigator, summarizes the importance of this research – but with a caveat:

“Many of the most promising cancer treatments we have today only benefit a small minority of cancer patients, and we (still) consider them breakthroughs. If we are going to make progress in early cancer detection, we have to begin looking at it in a more realistic way, recognizing that no test will detect all cancers.”

“This test represents the next step in changing the focus of cancer research from late-stage disease to early disease, which I believe will be critical to reducing cancer deaths in the long term.”

It is estimated that a CancerSEEK test will cost about $500. While no specifics about insurance coverage are available (the test is still undergoing studies and further development), it’s assumed that most major health insurance plans will cover costs of the test.

Any test that can rescue someone from the clutches of the dastardly, gut-wrenching experience of cancer is a win in our book. 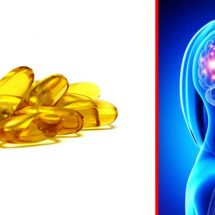 How Much Omega-3 Is Right for You and What Are the Best Sources? 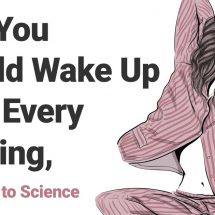 Why You Should Wake Up Early Every Morning, According to Science 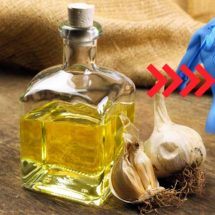