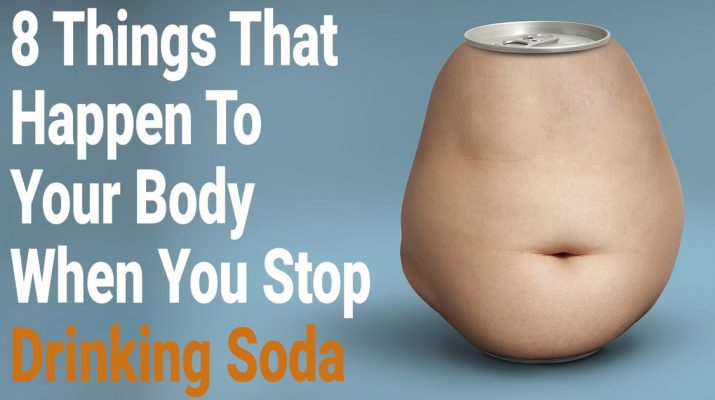 With so many health problems on the rise, people have begun to question what causes them in the first place. Is it stress? Diet? Lack of exercise? Mental exhaustion? All of these factors play a role in the decline of human health, but the increased consumption of sugar could arguably be one of the biggest culprits. In order to make products taste better, companies add sugar to virtually everything now.

If you look at the label on products from dressings to sauces to even some canned vegetables, you’ll likely see sugar listed as one of the ingredients. Sugar makes the product more addictive; therefore, people will want to keep buying it.

One product in particular, though, contains so much sugar that it seems almost criminal to sell it to people. We’ve been drinking soda since it first came to the market in 1885, when a pharmacist named Charles Alderton created what we know today as Dr. Pepper. Believe it or not, soda was originally invented as a medicine to heal ailments such as indigestion, impotence, headaches, and even psychiatric disorders. However, the industry has taken a dark turn and is, ironically, doing the opposite of healing people.

Here Are Some Of The Health Problems Associated With Drinking Soda Regularly, According To The Harvard T.H. Chan School Of Public Health:

The health risks listed above just scratch the surface of what soft drinks can do to your brain and body. Our bodies were just not designed to process so much sugar at once. It puts great strain on our liver, stomach, and other organs. In the article below, we will go over what happens to your body when you give up sugary beverages.

Here’s How You Benefit From Giving Up Soda:

“Rising consumption of sugary drinks has been a major contributor to the obesity epidemic.” – Harvard School of Public Health

While many people reach for a soft drink to give them energy and help them make it through the work or school day, the consequences of consuming so much sugar far outweigh the benefits. One study found that consuming sugar regularly over many years could result in learning impairment, memory problems, and behavioral plasticity.

“We have investigated a potential mechanism by which a diet, similar in composition to the typical diet of most industrialized western societies rich in saturated fat and refined sugar (HFS), can influence brain structure and function via regulation of neurotrophins,” authors of the study said. They discovered that when animals were put on a diet high in sugar, they had decreased amounts of a chemical called brain-derived neurotrophic factor (BDNF). This affected their ability to learn and remember things.

Other studies have found a link between consumption of soft drinks and an increased risk of Alzheimer’s disease or other types of dementia. The studies found that mice given sugary drinks had an increased amount of plaque deposits, which is a telltale sign of Alzheimer’s.

Drinking soda often can lead to stained teeth and other dental problems. In some cases, drinking a lot of soda can corrode your teeth as much as doing meth, according to a 2013 study. In the study, researchers found that one woman who drank 2 liters of diet soda per day for three to five years had similar tooth erosion as a methamphetamine and crack cocaine addict. The citric acid in soda causes erosion of tooth enamel, which can lead to cavities and yellowing of teeth. So, giving up soda will help you have a whiter smile and improve your oral health.

Soda is a diuretic, which means it makes you pee more urgently and frequently. It can also cause bladder infections and irritation. Drinking water instead of soda will help you have better bladder health and aid in detoxing the body.

Giving up soda will help you have stronger bones and decrease your risk of developing osteoporosis. The caramel color of dark sodas contains an artificially created phosphorus that can cause calcium to leach out of your bones. Substituting soda for natural drinks like tea or water will help protect your bone health.

Studies have shown that drinking a lot of soda can lead to kidney disease and even kidney failure. Diet sodas aren’t any better. Researchers from the Nurses’ Health Study found that women who consumed a lot of diet soda every day had lower functioning of the liver compared to women who abstained from soda.

While many companies don’t use BPA in their products any longer, some cans of soda still contain it. BPA has been linked to an increased risk of certain types of cancer as well as reproductive problems. Some studies have shown that BPA can cause premature puberty or infertility, resulting in permanent damage to the reproductive system.

According to the Breast Cancer Fund, BPA is in so many products, from food and drink containers to dental fillings. It’s a synthetic estrogen that disrupts the hormonal system and increases the risk for developing diseases such as breast cancer, prostate cancer, metabolic disorders, and even type 2 diabetes.

Sodas contain a lot of empty calories – some contain as many as 700, and they won’t satisfy your hunger since they have no nutritional value.

According to weight loss expert Malia Frey in an article on About Health, cutting out a large Coca-Cola from McDonald’s from your diet every day would save you over 200,000 calories — or about 60 pounds — in one year. So, if you want to lose weight, cutting out soda could help you reach your goals faster.

Here’s A Bonus Of Giving Up Soft Drinks:

A recent study published in the American Journal of Public Health found that people who had high consumption of sugary beverages had shorter telomeres in immune cells. Telomeres are protective DNA units at the ends of chromosomes, and the shorter they get, the closer a person is to the end of their life. So, by cutting out sugary drinks, you might extend your life a little bit as well as improve your overall health.

Final Thoughts On Things That Happen When You Stop Drinking Soda

Sugary beverages such as soda have contributed to the decline of our health. They have virtually no nutritional value and a lot of calories. Many people have turned to soda for an energy boost, but the dangers of consuming soda on a regular basis outweigh any benefit you might receive from the caffeine.

Plus, the drop in energy after the soda wears off will leave you feeling fatigued after your insulin levels decrease. This will only lead to further cravings. If you want more sustainable energy throughout the day, consider drinking water instead. Also, bring healthy snacks to work such as chopped up fruits and vegetables.

Soda might taste great, but it should be an occasional treat rather than an everyday indulgence. Doctors and scientists all agree that soda harms one’s health in numerous ways. As such, it should be cut out of the human diet, or at least consumed less often. Sales of soda are dwindling, and for good reason. Save your health by cutting out soda from your diet. Notice how much better you feel after giving up this toxic concoction. 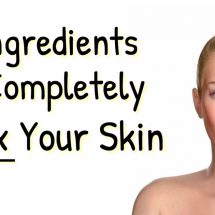 5 Ingredients to Completely Detox Your Skin 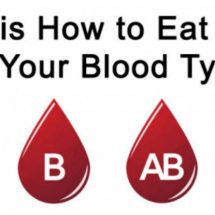 This is How To Eat Right For Your Blood Type 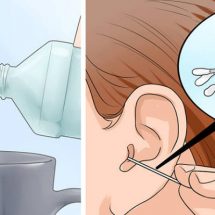