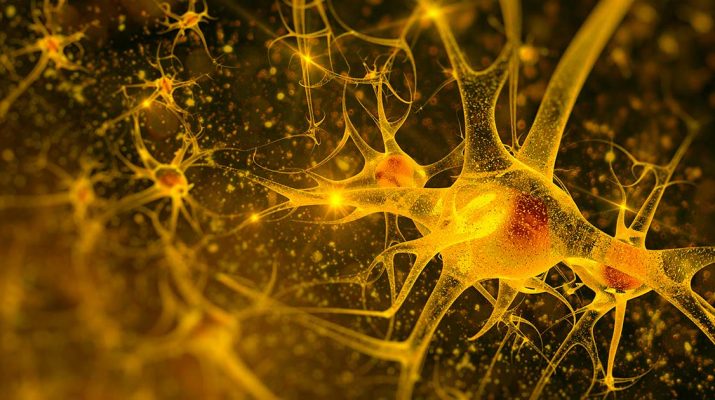 As we learn to better understand the way that the human brain works, we empower ourselves in our efforts to regulate our mood and fight back against various mental health disorders, including depression and anxiety.

One key discovery, leading to a plethora of research, the development of new medications and more, was the role that chemicals in the brain, including serotonin and dopamine, play in the overall management of our mood.

Through this, we have developed antidepressants, including selective serotonin reuptake inhibitors (SSRIs) as well as determining the number of natural factors to manipulate and alter the levels of these chemicals in the brain.

Serotonin, a neurotransmitter, works to deliver messages between nerve cells in the brain, associated with the happiness center of the brain. It works to maintain mood and balance emotions, influence our appetite, and regulate the body’s sleep-wake cycles.

The level of serotonin found in our brain has been found to be directly proportional to our mood at the time. This means that we can naturally improve our mood and fight depression by boosting serotonin. Interested in learning how?

Here are 8 simple tricks to naturally increase serotonin levels in the body:

It is no surprise that physical activity has been linked with better overall physical health, working to burn fat, build muscle, improve heart health and fight disease. What many people don’t realize is that a little extra physical activity can also improve your mood and your overall mental health.

Studies show that aerobic exercises lead to an increased absorption of amino acids into the body, improving the rate at which a number of different amino acids and chemical messengers are transported through the bloodstream to the brain.

This increases both the production and release of serotonin within the body, leading to a feeling of euphoria known as ‘runner’s high.’ You don’t have to run to experience this phenomenon. Simply adding a brisk walk or a bike ride to your day can have a positive impact.

There is a lot of speculation regarding the impact of caffeine on our overall health and well-being. While the topic is still highly contested, and as such still being carefully studied and researched, there has been a connection discovered between the intake of caffeine and increased brain serotonin.

The current theory has only been confirmed in rats at this point, with further human studies to follow, however, any coffee drinker out there will agree – after all, why do you think we are so moody before that morning cup? Just be warned, once you stop drinking it these levels will begin to drop again.

Popular  11 Things Psychologists Do to Get Rid of Stress

There have been many studies exploring the connection between exposure to sunlight and our mood, leading to the discovery of Seasonal Affective Disorder (SAD). In short, time spent in sunlight increases the body’s production of vitamin D, which is important in the creation of serotonin in the brain. Less time in the sun, less vitamin D, and you will see these levels drop. This is the reason why those who experience SAD struggle with their mental health throughout the winter months when the days are shorter.

If you are looking to increase your mood by boosting your serotonin levels, one easy change is to spend more time outdoors. Take a walk, work outside or by an open window where available – even a small increase in sunlight can improve your overall well-being.

This includes simple breathing exercises and home meditation, attending a meditation group, or practice meditation-based activities like yoga. You don’t have to engage in anything major if you are pressed for time, even 15 min in a quiet area of your home can lead to a change in serotonin levels.

This is still a relatively new and developing area of scientific research, however, what scientists do know is that massage therapy has been associated with increased levels of serotonin within the mind. The exact cause is still being investigated, although theories include the increased connection with another human being, the experience of physical touch, or the release of stress.

Following a massage, people have been found to show decreased levels of cortisol, the major stress hormone, along with increased levels of both dopamine and serotonin, both neurotransmitters associated with feelings of joy and happiness.

#6 – Pay Attention to What You Eat

Unlike some of the chemicals that the body requires to function optimally, serotonin is produced by the body. This means that you can’t rely on simply eating one specific food to magically increase your serotonin levels, however, it does not mean that your diet does not impact this process. Your body requires the amino acid Tryptophan to synthesize serotonin, and this can be increased through dietary changes.

In order to effectively make a difference, you will need to increase the amount of Tryptophan in your diet, while also being conscious about the other amino acids that may, in excess, slow delivery of this important amino acid to the brain. Combining Tryptophan heavy foods with a carbohydrate will improve absorption and optimize the entire process.

The use has essential oils has been on the rise in today’s society, providing us with everything from improved sleep to increases in our immune system’s function. As we continue to study the impact of aromatherapy in-depth, we are starting to better understand the ways that it can be used in order to boost our mood and improve our overall mental health.

One oil that has really caught the attention of scientists and mental health professionals has been lavender. Studies have found that when diffused, this oil leads to reduced anxiety, the improved mood on those suffering from post-traumatic stress disorder (PTSD), reduced risk of postpartum depression and a boost in your overall mood and well-being.

Arguably the easiest tool that you have at your disposal, studies show that simply thinking back to happy memories has been found to have an impact on the body’s serotonin production. Researchers found that happiness actually leads to happiness. This means that the simple act of making yourself feel happy can lead to further happiness, whereas focusing on sad or negative memories can cause the levels of serotonin in the brain to decrease.

If you are looking for a quick fix, close your eyes and think back to times in your life that you were truly happy. Remember what you were doing and what you felt, embodying those feelings. As your serotonin levels increase it will become easier as you actually become happier simply by thinking about happiness. 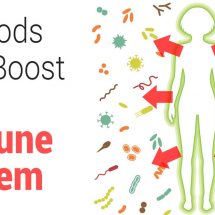 22 Foods That Boost Your Immune System 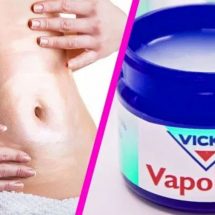 Put Vicks Vaporub On This Place On Your Body Every Night Before Sleeping. Here Are The Amazing Effects 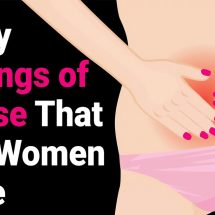 7 Early Warnings of Disease That Most Women Ignore