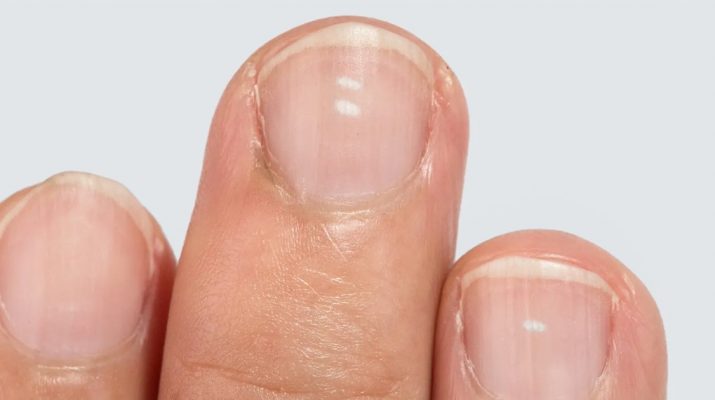 Our nails are little more than hardened extensions of the skin. In fact, our skin, nails, and hair all contain the fibrous structural protein, keratin. Keratin, as a vital compound, protects our hair and skin. The hardened outer layer of fingernails and toenails is called alpha-keratin, damage to which could potentially indicate a health problem.

As stated by the American Academy of Dermatology (AAD), the state of our nails is often reflective of our overall health and wellbeing:

“Nails often reflect our general state of health. Changes in the nail, such as discoloration or thickening, can signal health problems including liver and kidney diseases, heart and lung conditions, anemia, and diabetes.” – American Academy of Dermatology

Fingernail health and bodily health are inclusive, in other words. So if you want to know how your health is holding up, take a close look at your fingernail health. But don’t worry, we’re going to tell you how!

In this article, we are going to discuss eight potential warning signs from your fingernails never to ignore. Let’s go!

Here Are 8 Warning Signs To Never Ignore From Your Fingernails:

Concave (Spoon) fingernails are linked to a number of internal health problems. While most healthy nails are rather thin and curve upwards, giving nails that naturally rounded appearance, concave nails are curved inwards.

Concave nails can link to various health conditions, including liver disorder hemochromatosis, where the liver absorbs too much iron. Other possible health issues include cardiovascular disease, anemia (iron deficiency), and hypothyroidism.

In contrast with healthy nails, the appearance of clubbed nails is the most striking. They appear almost bulbish with bright white pigmentation. Clubbed nails form when the skin underneath the nail rises, forcing the nail to swell.

Clubbed nails have been linked to severe disorders such as AIDS, inflammatory bowel disease, liver disease, and lung disease.

Healthy fingernails appear pink with a whitish-pink base. Nails that take on any other coloration may indicate a possible health issue. Nails that look “dull” in color points to a potential vitamin deficiency, for example. Here are a few other possible conditions linked to fingernail discoloration:

Popular  What Happens to Your Brain When You Are Dehydrated?

Nails that are cracked, dry or brittle are typically the result of either a bacterial infection or a hormonal imbalance. Thyroid disorders can cause dry and brittle fingernails that often split or crack. Fungal infection of the nails – a condition that affects around 12 percent of Americans – can cause the nail to become powder-like as well.

Nails that show numerous small holes or dips can result from trauma to the nail, among other things. Rutted or pitted nails could be connected to one of the following health conditions:

Nails that have evenly-spaced horizontal ridges, a condition known as Beau’s lines, is also a possible sign of nail trauma. The condition may also surface after a long bout of high fever from an underlying medical disorder. Beau’s lines may also result from:

It isn’t uncommon for split nails to leave a noticeable discoloration and gap right down the nail’s middle. Split nails have many of the same signs as cracked/dry/brittle nails, but instead of crumbling, the nails peel away in layers. Common medical conditions associated with split nails include:

The proximal nail fold is located immediately outside of the nail cuticle. If you hold your index finger straight (like if you’re pointing at something) and look from the side, you’ll see the surface of the finger rises where the nail bed ends. This is the proximal nail fold.

Proximal inflammation of the nail fold can indicate a connective tissue disorder such as lupus. A skin infection may also cause this fold to become irritated and inflamed.

If you experience repeated health problems with your nails, you should probably seek advice from a specialist. Doctors known as dermatologists specialize in diagnosis and treatment of skin, nail, and hair conditions. The specialist should also be able to point you in the right direction in terms of treatment options, including help for any underlying condition, should one exist.

Here’s a list of fingernail health “Do’s and Don’ts.”

7 Foods to Avoid If You’re Suffering From Inflammation 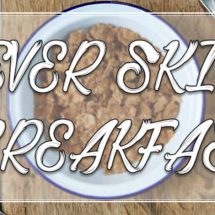 You Should Never Skip Breakfast and This Is Why