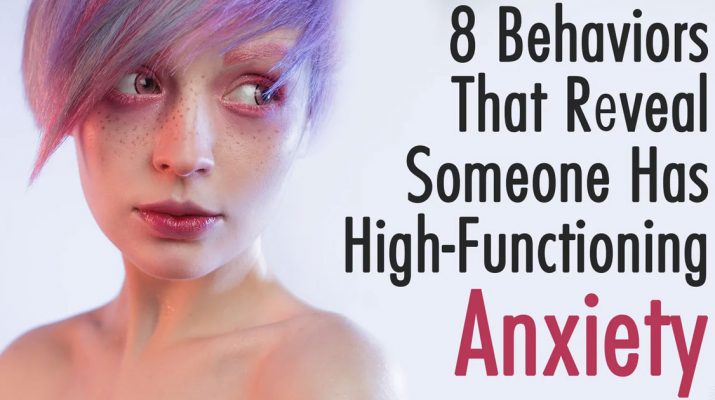 People who have high-functioning anxiety are affected to varying degrees. On the lower end of the scale, anxiety produces symptoms so subtle that they hardly register at the conscious level. At the other end, an anxiety condition such as panic disorder can leave one paralyzed, withdrawn, and unable to normally function.

Most individuals fall somewhere along the lower to middle end of the spectrum, experiencing symptoms that are mild to moderate. From an outsider’s perspective, there may be no visible signs of distress from such a person. Such a scenario describes someone with high-functioning anxiety quite well.

“High-functioning anxiety” is not an actual medical diagnosis. Instead, high-functioning anxiety describes a manifestation of the condition. People who fit this description almost never show that something is wrong; on the contrary, this person appears driven, even-keeled, productive, and even happy.

Here Are Eight Behaviors That Reveal Someone Has High-Functioning Anxiety:

People who function, yet have high levels of anxiety, are likely to make up for their racing thoughts and restlessness by staying busy. While this may not sound too bad, continually thinking about the need to do something can quickly render them exhausted. Furthermore, high-functioning anxiety often manifests as a chronic sense of underachievement despite a track record of success.

Anxiety often leads to either uncomfortable apathy or the need to control one’s environment. High-functioning anxiety usually leads to the latter. The problem is that when the need to control things extends to that which is uncontrollable, the individual runs the risk of worsening an already unhealthy state.

3. They Don’T Focus On The Present

Anxious people are more prone to think about the future or the past than the present. We all do this to some respect; it’s just that this tendency is much more pronounced in the highly anxious. Now, combine this trait with a to-do list that never seems to end. The end result is chronic stress and lack of fulfillment.

Unless the person has exceptional powers of concentration, their anxious nature will make it very difficult to pay attention and keep up with conversation. Although very driven and perfectionistic, those with high-functioning anxiety typically don’t apply their constant need for improvement to their listening abilities. They may appear distant and have trouble making eye contact even during important conversations.

5. They Appear Stoic And Unemotional

Sadly, pronounced anxiety may make the person timid and shy. They may view their anxiety as a weakness, and thus make every effort to conceal what’s going on underneath. To an observer, they may appear aloof and uninterested when this is probably not the case at all. They are making an attempt to compartmentalize their strong emotions in an effort to think and act rationally.

Popular  Manuka Honey Destroys More Bacteria Than Any Other Antibiotic

Perfectionism is the hallmark of a highly-functioning anxious person. To the layperson, being labeled a “perfectionist” may sound desirable. On the contrary, perfectionism – in a person with high anxiety – can be debilitating. Highly-intelligent, anxiety-driven perfectionists focus a disproportionate amount of attention on what they’ve done wrong than what they’ve done right – even if the latter occurs much more often than the former.

As we’ve mentioned in prior articles, a high correlation can be found between anxiety and depression. In fact, the two conditions are frequently discussed together. Part of the reason for this is that the symptoms that accompany depression, such as irritability and nervousness, are also evident in anxiety disorders. However, depression can lead to feelings of helplessness, hopelessness, and despair. A person with high-functioning anxiety may be at a greater risk for depression because they are less likely to admit when there’s something wrong.

8. They Have Problems Sleeping

People who have anxiety disorders are more prone to insomnia, irregular sleeping patterns, and problems falling asleep. Among all anxiety symptoms, difficulty sleeping may pose the biggest threat to mental and physical health. Importantly, during sleep the brain solidified memories, eliminates toxins, and prepares itself for the upcoming day. Erratic sleep patterns also throw a wrench in the endocrine system, which helps maintain hormonal homeostasis in both the brain and body.

The odds of developing an anxiety disorder skyrocket when anxious thought patterns aren’t appropriately identified and accounted for. This is not to say that we should ruminate in our anxiety. Instead, we should become observers.

The practice of observing your thoughts is fundamental to mindfulness and some contemplative traditions (e.g. Buddhism). In simplest terms, to observe your thoughts is to allow them to come and go without judgment or emotional attachment. Thoughts are just thoughts. They do not define who or what you are, nor are they something to be scared of. This same concept applies to anxiety in all of its forms. 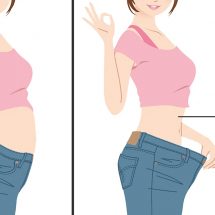 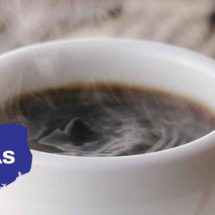 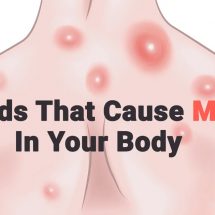 7 Foods That Cause Mucus In Your Body