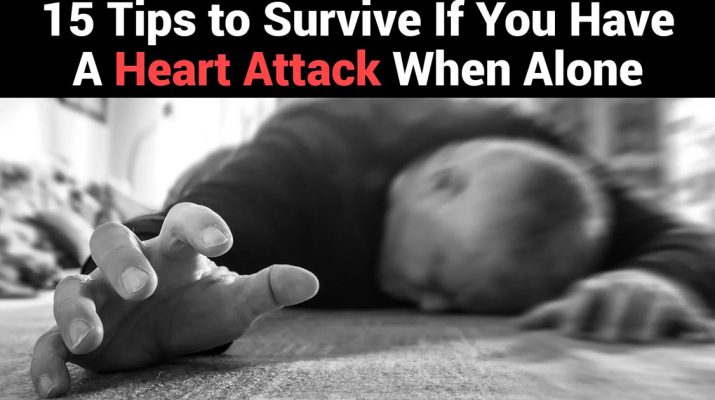 According to the CDC (Centers for Disease Control), someone dies from a heart attack every 40 seconds in America.

The information provided by the CDC also shows that heart disease is the leading cause of death among men and women, accounting for nearly 630,000 deaths every year. And from a financial standpoint, heart disease is costing the U.S an average of $200 billion per year in lost productivity, healthcare services, and medication.

Given these statistics, the probability of you or someone you know experiencing a myocardial infarction (heart attack) is quite high, but what if you experience one while you’re alone? In this article, we will detail the early signs of a heart attack and steps that you can take to survive one if you are alone.

Who Is Most Likely To Suffer Have A Myocardial Infarction?

When it comes to heart disease, the primary contributor to myocardial infarctions, no one demographic is more susceptible than the other. In fact, the probability of having a heart attack is the same for Hispanics, African Americans, whites, and Pacific Islanders. In saying that, those who are at risk of suffering a myocardial infarction share many of the same risk factors, including

Although studies show that many Americans will suffer a heart attack, many of them will survive, provided they receive prompt medical care.

Early Signs Of A Myocardial Infarction

Lastly, it is not uncommon to feel nauseous, lightheaded, or dizzy in the moments leading up to myocardial infarction. Of course, there are other early warning signs, but these are by far the most commonly reported.

How To Survive A Heart Attack When You’Re Alone

It’s important to note that myocardial infarction can potentially lead to cardiac arrest, which is the medical term used to describe an event where the heart stops pumping blood throughout the body. To say this is serious would be a gross understatement, especially since cardiac arrest often results in death.

If you experiencing any of the previously mentioned heart attack symptoms, the first thing that you should do is call 911 and resist the temptation of driving yourself to the hospital. After all, driving in this condition will place you and others in harm’s way. In addition to calling 911, there are other things that you can do to ensure your survival, including

Your odds of surviving a heart attack can improve exponentially if you recognize the symptoms and act swiftly. That said, it’s in your best interest to familiarize yourself with myocardial infarction symptoms and also have a plan in place to ensure that you can make it to the hospital before your condition worsens.

Multiple studies have shown that a 325-milligram dose of over-the-counter aspirin could save your life during a heart attack. How does it work, exactly? Well, a simple aspirin keeps platelets from clumping together, which, in turn, prevents blood clots from blocking arteries and restricting blood flow. Basically, aspirin buys you some time while you’re waiting to be taken to the hospital.

Although not as widely discussed, cough CPR has been shown to help countless individuals survive myocardial infarctions. Basically, it entails breathing in deeply and following each breath with a strong cough. Granted, this probably sounds very unusual, but the general premise is that in doing this your blood pressure will be raised, which, in turn, allows more blood to travel to your brain. Although cough CPR is not an American Heart Association approved technique, it has been credited with saving the lives of countless individuals.

Even though you may be alone, if you’re in a public place like a school, airport, or government building, for example, these locations will often have a defibrillator on site in case of emergencies. If you’re still capable of communicating during your myocardial infarction, you will want to ask someone to use the defibrillator on you while you’re waiting for an ambulance.

If you concerned about someone not being able to use the device, you needn’t be; they come with simple, easy to follow instructions. And if you’re in a school, for example, the personnel there have most likely received emergency training, which includes the use of a defibrillator.

If you’re experiencing heart attack symptoms, drinking water with cayenne pepper added to it, as strange as it may sound, could save your life. How does this work, you ask? Well, basically you will pour yourself a glass of water, adding a touch of cayenne pepper. The general premise lies in the fact that cayenne pepper acts as a stimulant, naturally increasing your heart rate, making it easier for blood to continue circulating through your body.

Similar to cough CPR, this is not a practice that has been endorsed by the American Heart Association, but it has been credited with saving the lives of those who recognized heart attack symptoms early.

One of the things that you can do to improve your odds of surviving a myocardial infarction while alone is by lowering your body temperature. By applying a cool towel under your arms or on your wrist, your body temperature will naturally lower, which, in turn, lowers your chances of brain damage.

If you have a prescription for nitroglycerin, and you’re experiencing a myocardial infarction, this would be an ideal time to take it. Nitroglycerin is a sublingual tablet that relieves angina and widens arteries to help improve blood flow.

How To Avoid A Myocardial Infarction

Having provided statistical data and detailed steps that you can take to survive a myocardial infarction, let’s now turn our attention towards avoiding one in the first place. Although many myocardial infarction risk factors are tied to age and genetics, there are lifestyle changes that we can make to ensure that we live a long, healthy life including

What If You Don’T Have Any Myocardial Infarction Symptoms?

There are instances where individuals have suffered myocardial infarctions that were not preceded by early warning signs. In fact, according to WebMD, an online publisher of news and information pertaining to human health, 25 percent of all myocardial infarctions are characterized as “silent ischemia.” What does this mean in layman’s terms?

Basically, it is a phenomenon whereby blood suddenly stops flowing to the heart. In these cases, individuals don’t typically experience pain or any other tell-tale signs of a problem. It should be noted that is most common amongst those diagnosed with diabetes. If you are a diabetic, it is critical that you monitor your blood sugar and have electrocardiogram test run periodically, especially since you don’t have the luxury of experiencing heart attack symptoms.

Mistaking A Myocardial Infarction For Other Health Problems

Why You Should Schedule Regular Health Exams

Since other health problems can mimic heart attack symptoms, scheduling a health exam is more critical than ever. This is especially true if you fall into a high-risk category. Most of what contributes to myocardial infarctions can be remediated by following your doctor’s recommendations and making certain lifestyle changes.

Most major risk factors for heart disease are well documented, making it easier for physicians to recommend treatments that have been vetted and proven effective. If it has been a while since your last physical exam, you’re encouraged to schedule an appointment with your physician today.

In summation, the threat of myocardial infarction is something that we should all take seriously. If lifestyle or family genetics predisposes you to such an event, it is in your best interest to take the necessary steps to ensure you live a long, healthy life.

If this topic is one that resonates with you, and you believe that you’re at risk of a heart attack, you’re encouraged to follow the advice outlined in this article and also consult with your physician. It may just save your life or, at the very least, encourage you to make better lifestyle choices going forward. 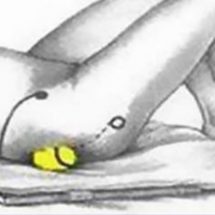 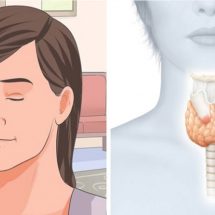 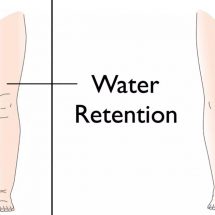 5 Reasons Your Body Retains Water (And How to Avoid It)