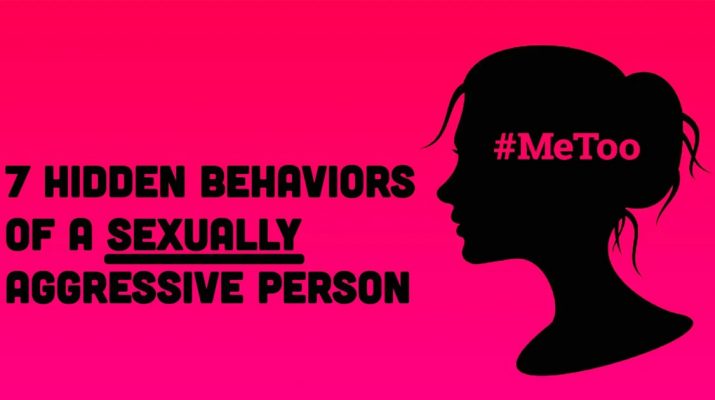 “Behavior results from the way a person thinks. A person’s thinking processes largely define his character. In considering how to prevent further victimization … it is essential to understand the mental makeup of the victimizer.” ~ Stanton E. Samenow, Ph.D.

Society’s understanding of sexually abusive actions – and their consequences – are perhaps higher than ever before. Look no further than the United States. In just the last few months, the following movements and scandals have taken place:

– The #MeToo (“me too) movement: The phrase “me too,” coined by Tarana Burke, is perhaps the most effective sexual harassment awareness campaign in history. The hashtag #MeToo has been tweeted millions of times by women to “empower women through empathy.”

– The Harvey Weinstein scandal and fallout: Harvey Weinstein, once considered one of Hollywood’s most successful film producers, has been accused by more than 50 women of actions “ranging from rape to sexual harassment.”

Since Weinstein’s indictment, public figures such as Kevin Spacey, Matt Lauer, and even the President of the United States – have been accused of sexual misconduct.

Larry Nassar, the former director of sports at MSU and former doctor of the U.S. Olympic gymnastics team, was convicted of sexual assault involving as many as 150 women. Nassar was given a sentence of a minimum 25 years in prison.

Sexual abuse is often traumatizing for the victim. One prominent U.K.-based sexual abuse therapist states: “I have counseled many women who have experienced sexual trauma. They have been emotionally scarred, lost their sense of identity, and live with the experience every single day.”

Considering the current state of affairs, understanding the psychology – and possible actions – of a sexual predator should be considered paramount. Indeed, an individual who possesses this knowledge can effectively make themselves less of a target.

Here Are Seven Potentially “Hidden” Behaviors Of A Sexually-Aggressive Person:

Anyone who victimizes others understands the importance of first establishing trust. To build this trust, a sexual predator will make the victim feel as if they’re the focal point of the perpetrator’s attention.

Popular  5 Ways to Develop Emotional Intimacy In Your Relationship

What differentiates a sexual deviant from others, however, is the escalating intensity with which they display attentive behaviors. For example, they may text and call at inappropriate times or in excessive numbers.

To gaslight is to “manipulate (someone) by psychological means into questioning their own sanity” – a deceptive tactic that sexual abusers almost always use to achieve their aims.

Should the victim challenge the abuser’s actions, the abuser will resort to lying, verbal manipulation, guilt-tripping, and victimization. Gaslighting eventually leaves the victim feeling emotionally drained, helpless, and – most unfortunately – ridden with guilt.

The cycle of sexual abuse having begun, the “honeymoon” emotions of attentiveness, care, and charm become less and less frequent. At this point, the vaguely uncomfortable feeling that something was wrong in the beginning is now apparent.

Following normalization of unacceptable behavior, the abuser will begin with emotional and psychological exploitation – often culminating in sexually-abusive acts.

Ironic though it may be, men and women who prey on the opposite sex possess a strong sense of victimization. Such feelings are narcissistic in nature – and often entail feelings of grandiosity (“delusions of grandeur.”)

The aggressor will often ratchet up this misplaced sense of victimhood; essentially turning it into a game of cat and mouse. He or she will usually blame the other person for anything that goes wrong: a “I only did this because you did that” sort of deal.

At this stage, the sexual aggressor’s abnormally self-directed thoughts and actions become more apparent. He will make sexual comments and identify insecurities in order to exploit them later.

Sexual abusers will often bring up (personally-concealed) past sexual experiences – and encourage their victim to do the same. The predator, armed with this information, can use this as “intel” to strengthen their position of power.

Sexually-aggressive people typically have no respect for personal boundaries, always feeling to need to “push and push” to get what they want. Despite sensing the victim’s anxiety, the aggressor is likely to be quite deliberate – even cerebral – in their approach.

Ultimately, determining when one is uncomfortable with certain actions taken – and exiting the situation – is key to avoiding this vulnerable position.

Disturbingly, the perpetrator will often try and assure the victim that “everything is okay” as they carry out their systematic abuse. This disempowerment entails normalizing the victim’s distress (we talk about this a bit later.)

Popular  The 4-7-8-Breath: How I Stopped Anxiety in It’s Tracks

The abuser tries to destroy his victim’s confidence – resulting in what he hopes is complete disempowerment. 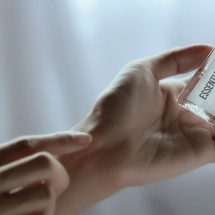 10 Health Issues You can Remedy with Essential Oils 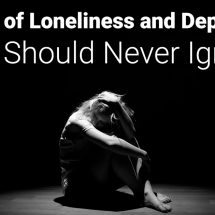 8 Signs of Loneliness and Depression You Should Never Ignore